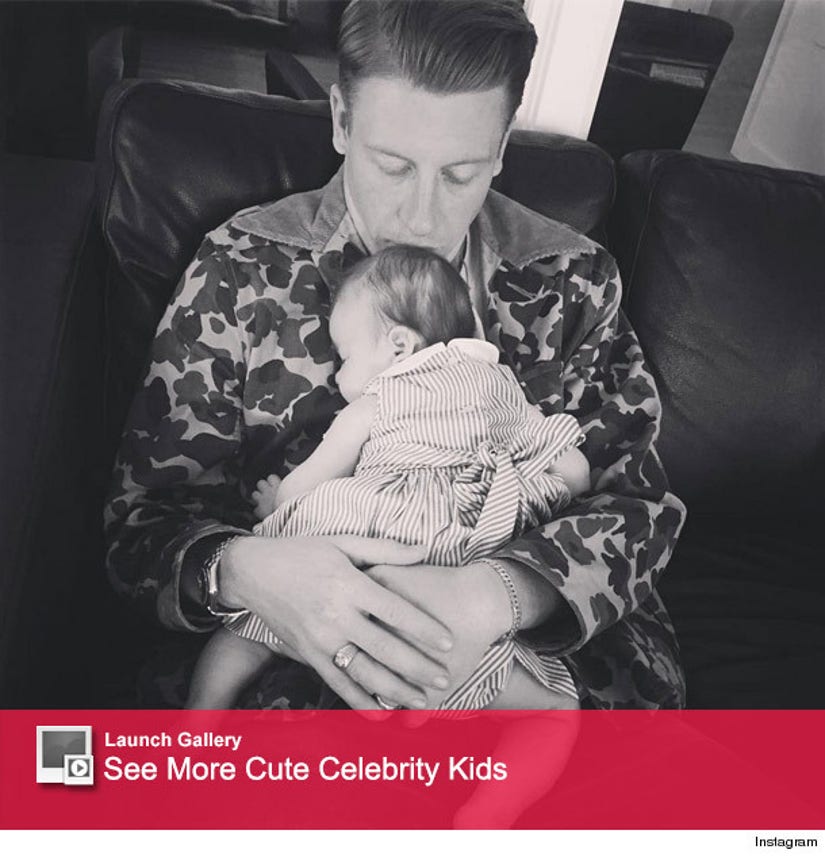 Macklemore is loving fatherhood, but was he really ready to take on the “daddy” role?

The "Can't Hold Us" rapper wrote a touching blog post on his site today, revealing his fiancée Tricia Davis gave birth and confessing he was not as mature or as ready as he imagined he'd be when it came time to enter fatherhood.

"I've always had some make-believe image in my head of who I would be as a father," he shared. "I held on to clear expectations of where I wanted to be in my career, my age, my level of self-care, and my maturity. I basically assumed that I'd have it all together."

"But in actuality," he continued, "the hypothetical 'dad' version of me looked completely different than the man whose heart was beating out of his chest on the carpet, praying to a god or spirit I hadn't talked to in months. When Tricia walked out of the bathroom, I knew. And I knew I had to change.”

It's been two months since the 32 year old and his fiancée welcomed their precious baby girl – Sloane Ava Simone Haggerty – into the world. Tricia also revealed the two tied the knot on June 27, the day after the Supreme Court legalized same-sex marriage.

The new dad says his latest hit, "Growing Up," is a tribute to his daughter. Composed in collaboration with Ryan Lewis and featuring Ed Sheeran, Macklemore says “Growing Up” is half advice about growing up, and half figuring out how to grow up himself.

“When you try to escape yourself, life has an interesting way of creating situations that force you to come back,” Macklemore (born Ben Haggerty) confessed.

“There is nothing like the joy and happiness that comes from bringing a baby into this universe,” he concluded. “She has filled my heart in ways that I never knew were possible. She is the love of my life. This song is for her.”

Check out “Growing Up” in the video posted below. What do you think of Macklemore's softer side? Sound off in the comments section!