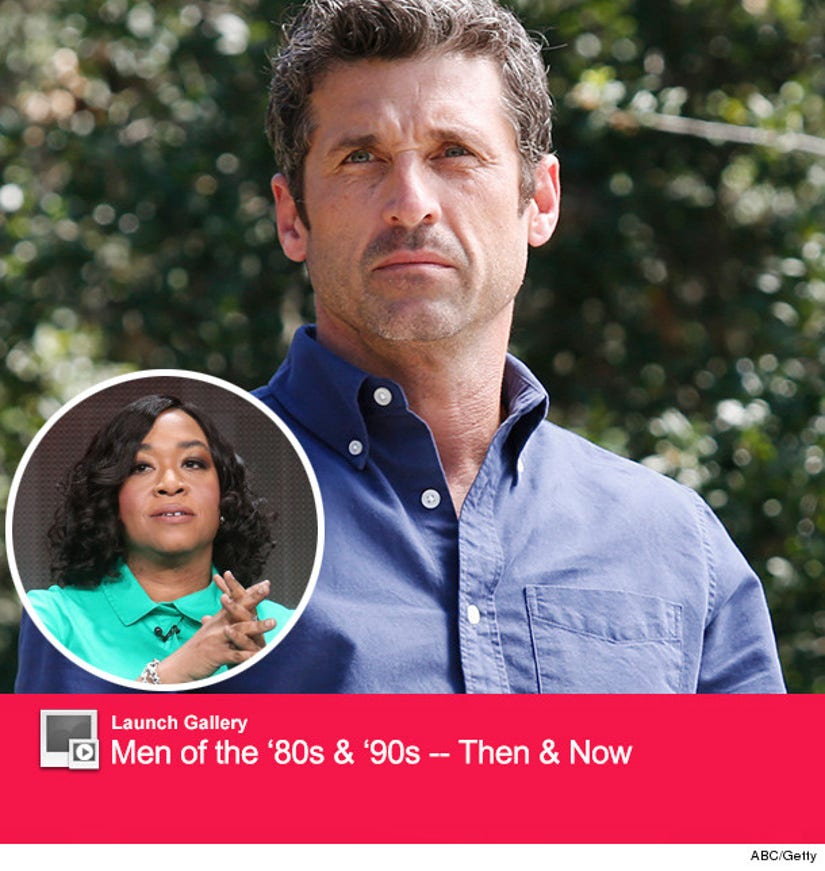 Whether you've been keeping up with “Grey's Anatomy” since the show's premiere in 2005 or you've just recently begun to binge-watch the medical drama (thanks, Netflix), we all know one thing for certain – Derek Sheppard died in season 11, and most of us are still not over it.

The masses grieved collectively over social media when the show's creator – Shonda Rhimes – killed off Patrick Dempsey's character after letting us fall madly in love with McDreamy for 248 straight episodes. It was cruel and unusual, but now, she's finally confessing the method behind her madness.

"The decision to have the character die the way that he did was not a difficult one in the sense of what were the options?” she said at yesterday's Television Critics Association summer press tour. “Either Derek was going to walk out on Meredith and leave her high and dry…and what was that going to mean? That would suggest the love wasn't true – the thing we had said for 11 years was a lie and [that] McDreamy wasn't McDreamy. For me, that was untenable."

Shonda describes the decision to remove Derek from the series as “painful,” but she says that was the only way to preserve the deep and honest love between him and Meredith, played by Ellen Pompeo.

“I really couldn't have the idea that he just turned out to be a bad guy who walked out on his wife and kids be a true story,” she continued. “To me, it felt like [Derek's death] was the only way to make Meredith and Derek's magic remain true and forever frozen in time."

Shonda told E! that she couldn't even stand to be present when the heart-wrenching scene was being shot.

“The editing room was just me with some tissues,” she said. “The work that [Dempsey] did and the work that Ellen did just killed me."

Rhimes also admitted she had no preconceived exit plans for any of the characters because she never thought Grey's would last this long.

And although both Shonda and Ellen say season 12 will be a happier season – centered on the theme of rebirth – it will also be a source of comfort for widows watching the show.

“A lot of people feel like they can't get up again,” Pompeo said about losing a spouse. “If we give anybody – even one person – a little bit of comfort, that's a story worth telling."

Watch Meredith adjust to life sans-Derek when “Grey's Anatomy” returns to ABC on Sept. 24 at 8 p.m.