How's this for timing?

The movie, which takes place in France during the mid-1970s, follows the tumultuous relationship of Vanessa (Jolie) and Roland (Pitt). Vanessa is a former dancer while Roland is a writer, and as they embark on a trip around the country -- eventually residing in a quiet seaside town -- their marriage begins to fall apart.

Judging from this trailer, it definitely looks like one intense love story -- we're getting major "Blue Valentine" vibes from this clip.

This is the first time in 10 years the real-life couple, who shot the drama while on their honeymoon, have starred together on the big screen since "Mr. & Mrs. Smith" ... where the two met while he was still married to Jen.

We're sure Jolie didn't plan to drop the trailer on the heels of Aniston's wedding, but it is one interesting coincidence!

Are you excited to see Angie's directorial follow-up to "Unbroken"? Tell toofab in the comment section below and check out the gallery to see more hot Hollywood couples! 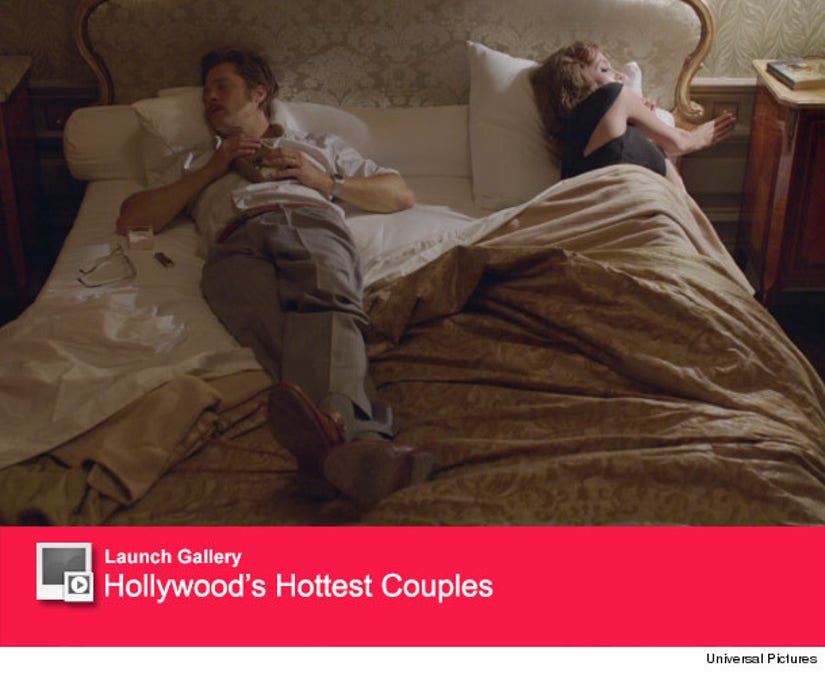