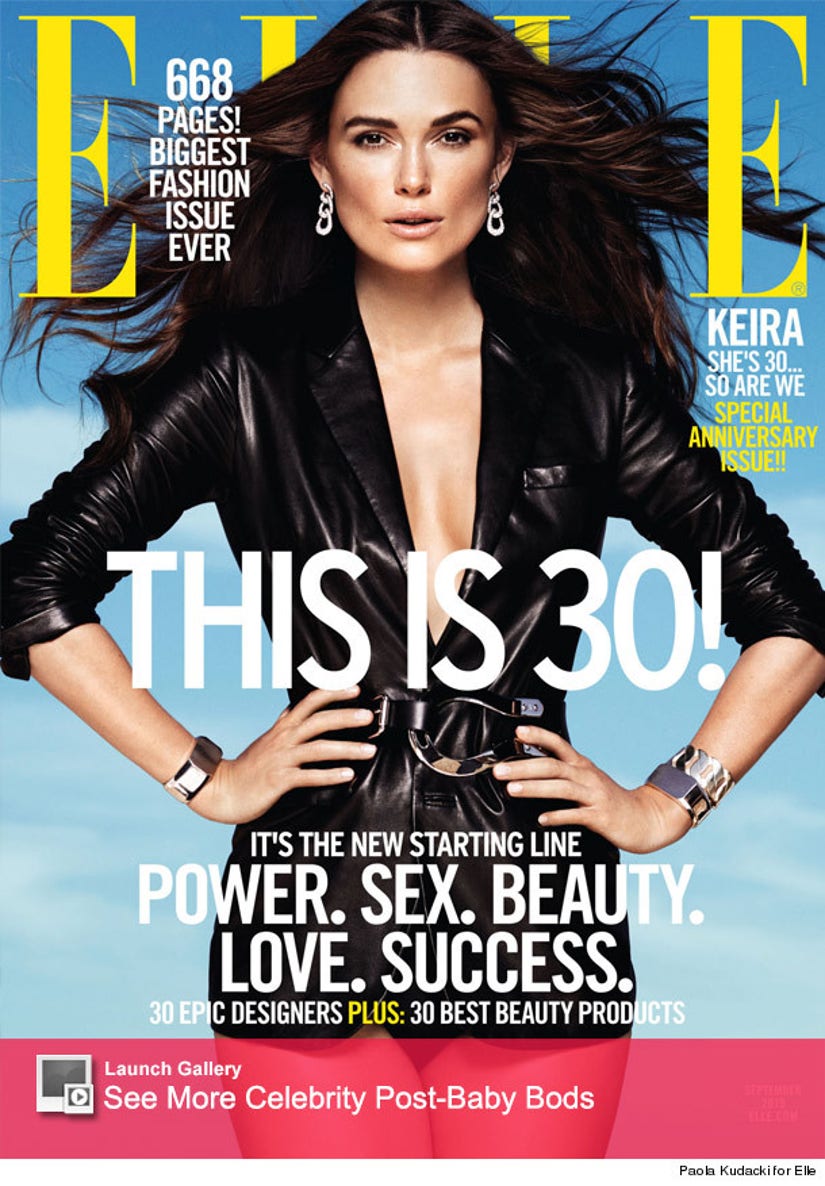 The "Imitation Game" star, who welcomed a baby girl in May, puts her incredibly hot post-baby bod on display on the (many) covers of Elle's September issue.

Check out her tiny waist!

In her first post-baby interview, the new mom can't help but gush about her new addition, Edie. "The love thing is astonishing. It's a very primal, primal love. That's quite extraordinary. And the ability to have no sleep and continue going," she tells the mag. "It's not pleasant—I never thought that I could actually do it for the amount of time that I've done it." 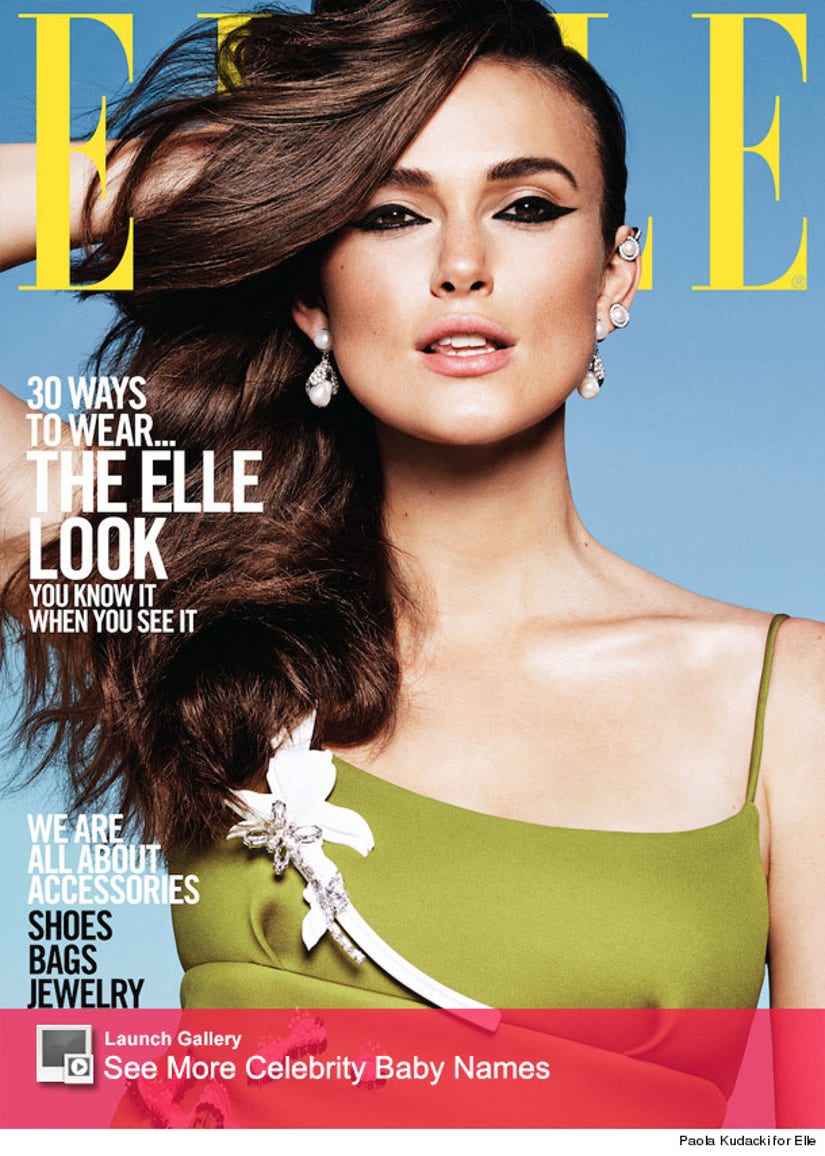 It seems having a baby has helped Keira learn to love her body. "I have to say, as a woman, you hate certain parts of your body. You go through those periods where you look in the mirror and you think, Oh, if only I had different legs or arms or whatever," she explains. "You go through pregnancy and labor and then feeding the kid and you go, Wow, my body is totally amazing, and I'm never going to not like it again, because it did this, and this is f**king extraordinary."

While Knightley has consistently worked in the entertainment business since she was a child, she admits that her twenties were tough.

"My twenties were pretty crap," she declares, before clarifying her point. "My career was absolutely amazing; in fact, I don't think my career will ever get better than it was in my late teens, early twenties. But as a person, you're changing so much and you're trying to figure stuff out. Some people go wild and have a great time and throw caution to the wind, and I was the complete opposite. I was very shy." 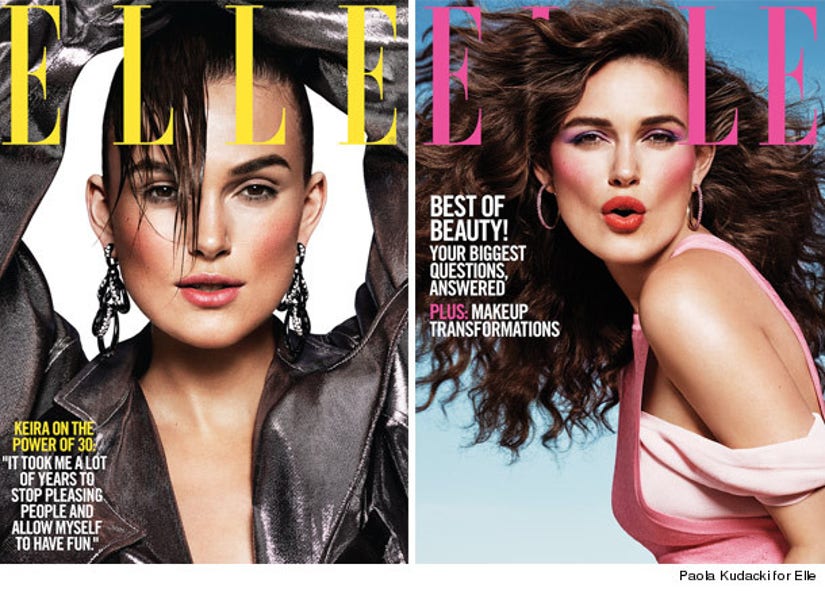 "It took me a lot of years to try and stop pleasing a lot of people and allow myself to have fun," she adds. "It's the difficult thing of getting out of your own head. To stop going, 'Oh, there's something I should be doing, there's a way I should be behaving, I should be dressing….' All of those shoulds, you can drown in them."

In fact, Keira credits therapy for helping her cope. "I've totally done therapy. I highly recommend it," she reveals. "I don't do it at the moment. But in my early twenties when I found everything completely overwhelming, 100 percent, I did it! Are you kidding? I think when you're in those moments in your life, and you want to get through them…you have to do whatever it is to help you get over it. You have to give it a go. Try anything that might help."

Check out her full interview with Elle when it hits newsstands August 18.