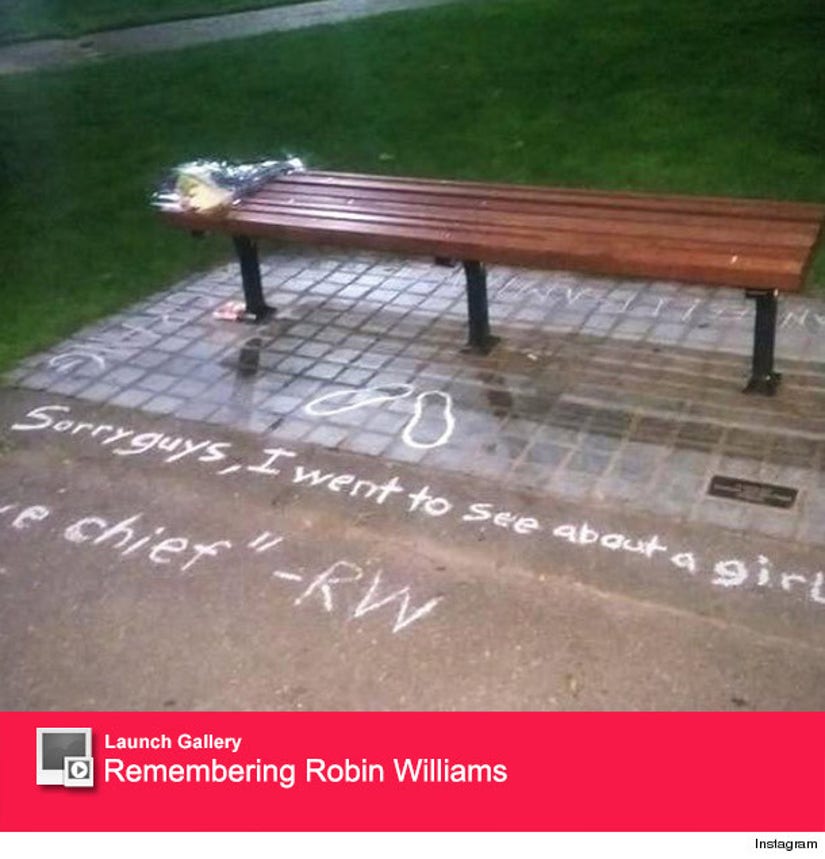 Sarah Michelle Gellar took to Instagram on Monday to share a touching tribute on the one-year anniversary of Williams' shocking death.

The mother-of-two shared a photo of the famous park bench in Boston where the actor memorably sat during "Good Will Hunting." She likewise captioned the photo with a touching quote from Ralph Waldo Emerson.

"To laugh often and much; to win the respect of the intelligent people and the affection of children; to earn the appreciation of honest critics and endure the betrayal of false friends; to appreciate beauty; to find the beauty in others; to leave the world a bit better whether by a healthy child, a garden patch, or a redeemed social condition; to know that one life has breathed easier because you lived here. This is to have succeeded. You succeeded RW," she posted with the photo.

Gellar and Williams starred together on the CBS comedy, "The Crazy Ones" from 2013-2014, until it was canceled. Robin played Sarah's father on the show, and both stars developed a strong friendship while working on the series together.

This time last year, the 63-year-old beloved actor was found dead in his home in California after taking his own life. Hollywood immediately took to Twitter to share their condolences and fond memories of the comedian.

Sarah isn't the only star remembering Robin today -- see other celebs' tributes below:

#robinwilliams #goodwillhunting So heartbreaking! I'll never forget being in his presence and… https://t.co/NLRWzKbzly

"Dear money, send mom" Robin Williams. The first autograph I ever got. You are missed Robin. #RobinWilliams