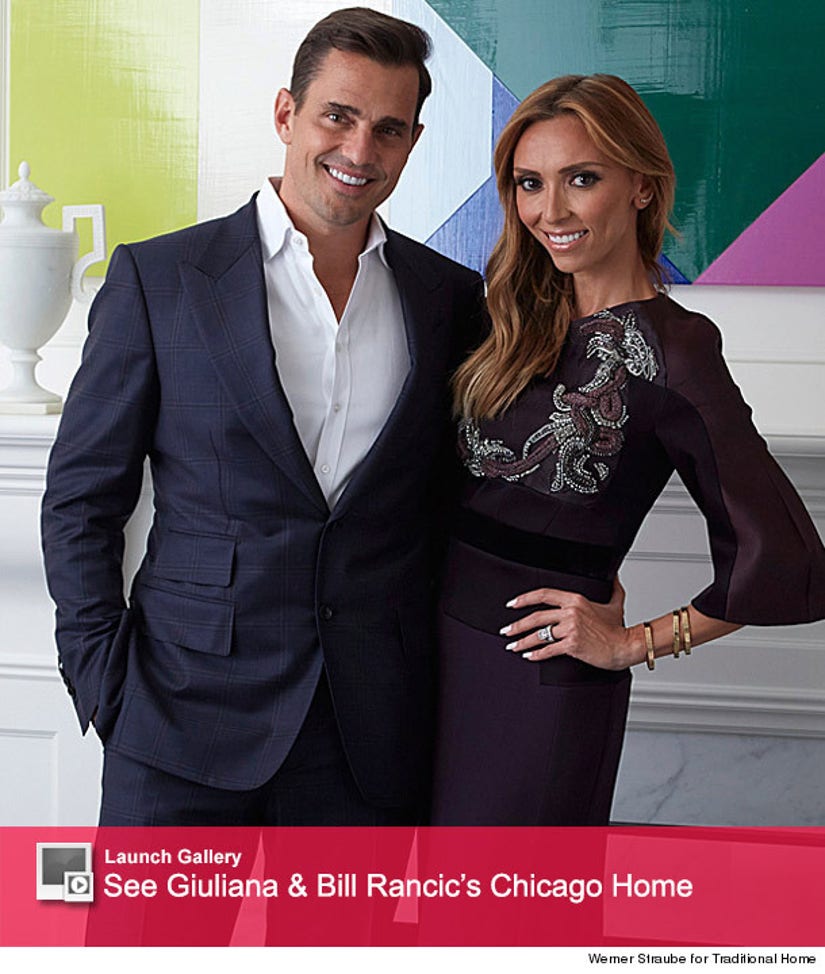 Giuliana Rancic is taking us inside her gorgeous Chicago brownstone!

The E! News host and husband Bill Rancic show off their gorgeous abode in the September issue of Traditional Home magazine -- and trust us, it's as amazing as you'd think.

The pair opted to make Bill's hometown their permanent residence and redesigned a home from the 1880's in the Windy City's luxurious Gold Coast neighborhood.

The couple enlisted interior designer Lonni Paul, who also decorated the Bill and G's Brentwood home. The pair, who own two restaurants in the city, say they ultimately chose Chicago over LA because of their "rich social life." 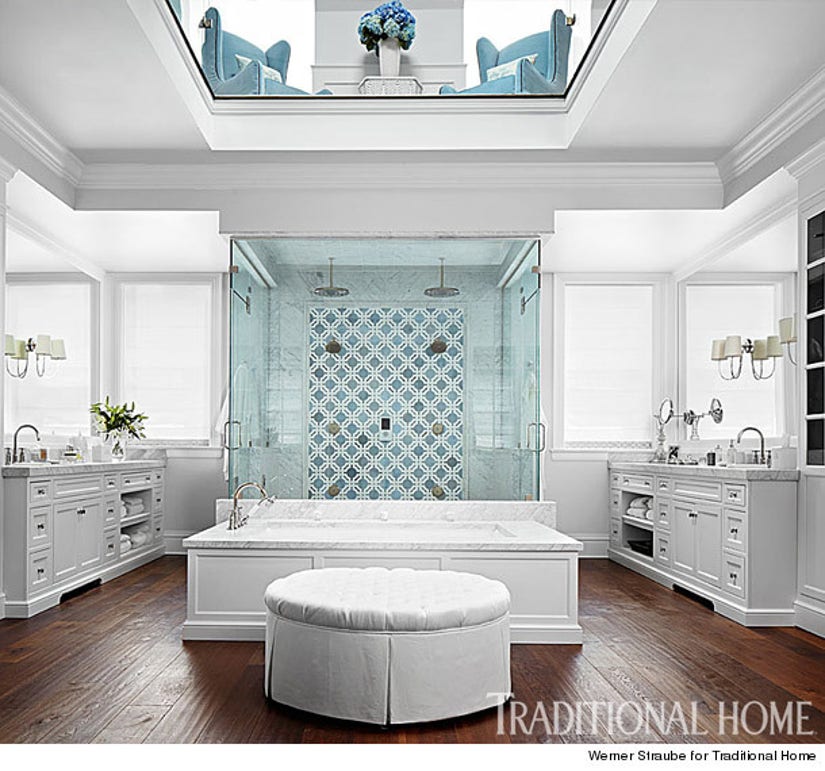 In the pics from the issue, we get a look at the mom-of-one's insane master bathroom featuring a marble tub and a huge His and Hers shower. Oh yeah, and did we mention it's two stories?! The top half works as the couple's closet suite.

In another shot, we see the 40-year-old's beautiful living room, featuring a serene palette of pale blues accented by a pop of color with some artwork. Paul chose the cool hue to offset Chicago's sometimes gloomy weather. 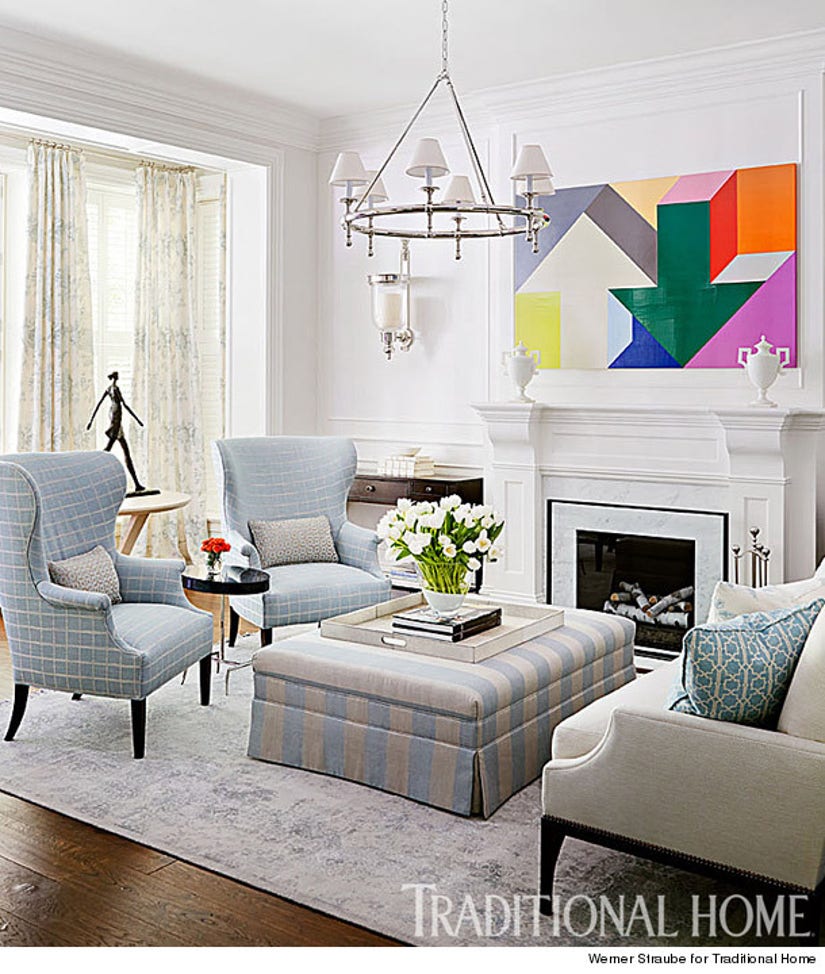 "I used blue in California to tribute the water,” she told the mag. "But in this rowhouse, which doesn't allow light to pour in from either side, the blue functioned as a tool to create light and airiness that wouldn't read heavy and dull when the sky turned cold and gray."

The host recently left her position at E! after 14 years with the network -- and, judging by this house, it looks like she has a pretty nice place to come home to!