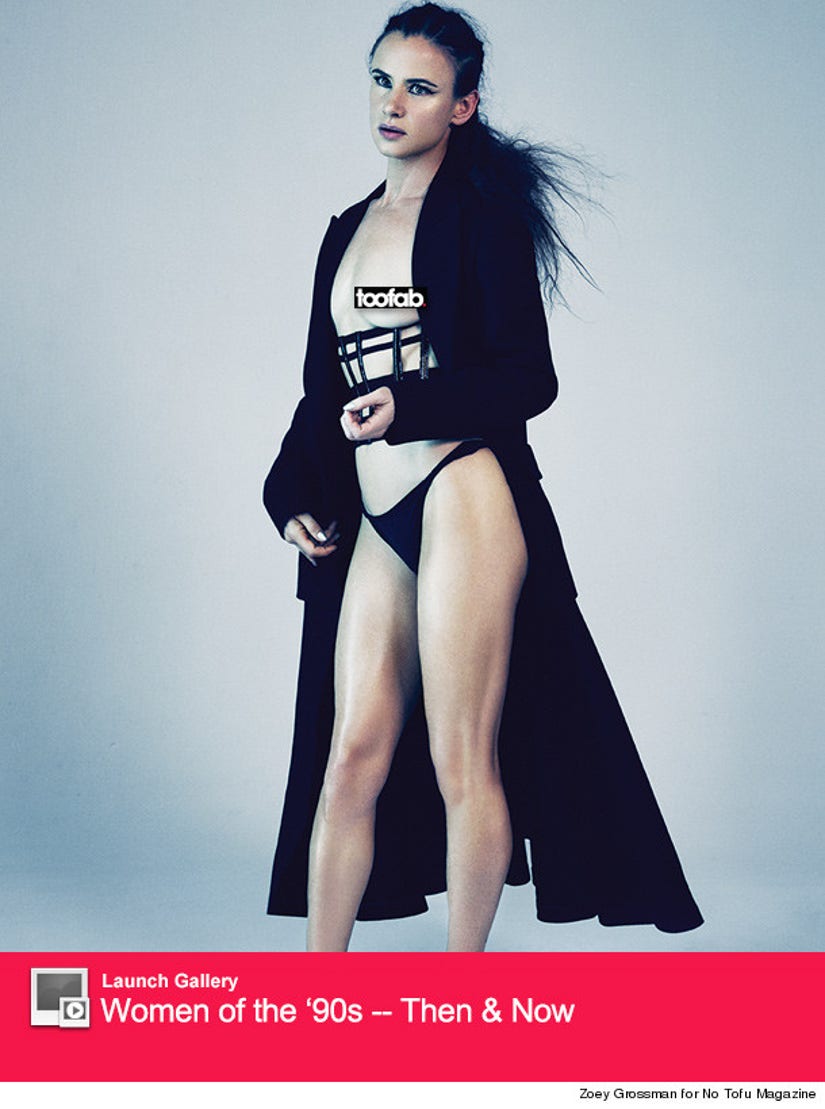 Juliette Lewis has one insane body!

The actress goes topless in the latest issue of No Tofu magazine, baring her killer bod in a series of racy and avant garde looks

In one of the shots, the "Secrets And Lies" star poses in nothing but a long trench coat, black underwear and a caged corset as she shows off her super toned legs.

Inside the mag, the 42-year-old opens up about aging, her music and the recent death of her father. 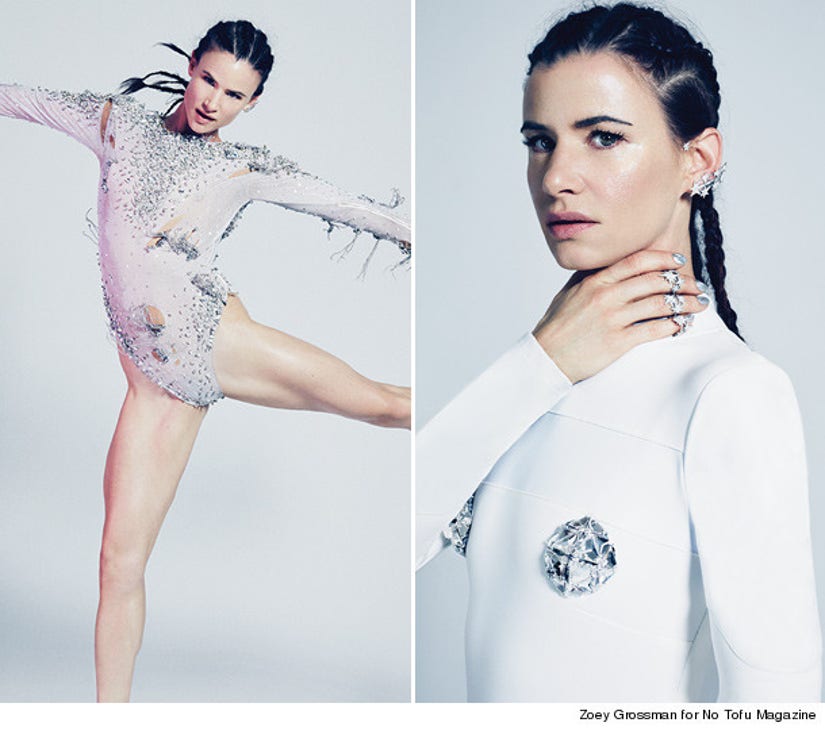 "Mid-life is an interesting time, aside from even just work," she reveals. "It's a fascinating place to be as a human being. You're faced with time."

"When I was 22, I didn't work for three years, deliberately," she added. "And then just about ten years ago, when I started my band, I took a break deliberately. But at mid-life, you start thinking of mortality."

And while Juliette may be "mid-life," she doesn't look like she's aged a day in these photos!

In another snap, the 90's star shows off more of her physique in a semi-sheer bejeweled bodysuit as she works a cornrow hairstyle and a flawless face of makeup. 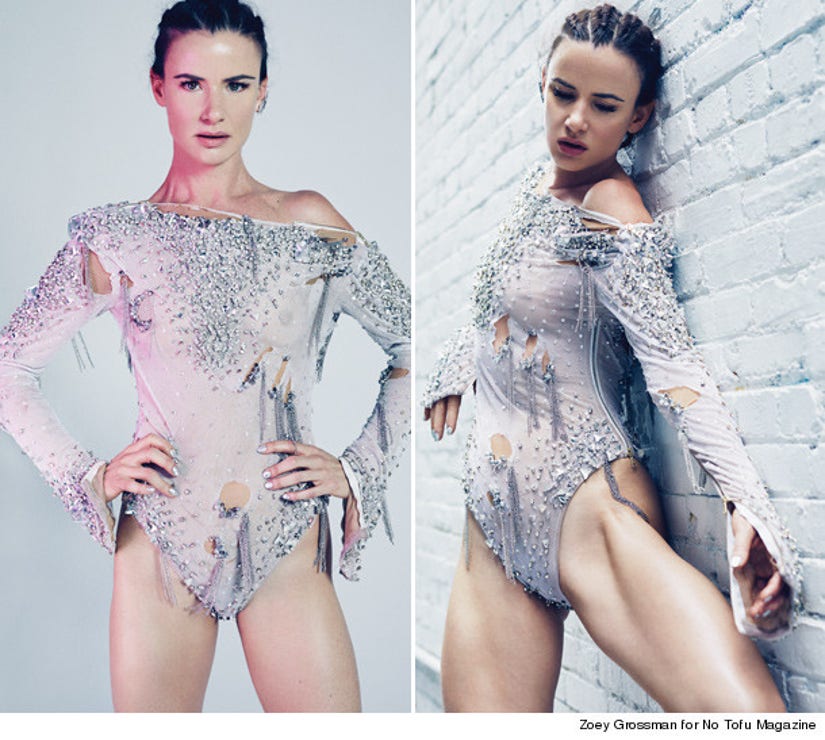 Following the death of her father, the star says she's never felt a deeper connection to her life.

"It's a huge turning point in my life, this has been a bittersweet awakening. I've lost friends along the way, I'm just so deeply connected with my soul power now."

That spiritual outlook has always been important to the star, especially when it comes to her music. Juliette was the lead singer in the band Juliette and the Licks, before going solo in 2009.

"I'm independent to the core, I was never attached to big business," she explains. "That independence was important to me. I knew [my] band was my truest form, my purest voice."

What do you think of the star's candid comments? Sound off below then click "Launch Gallery" for more women of the '90s!