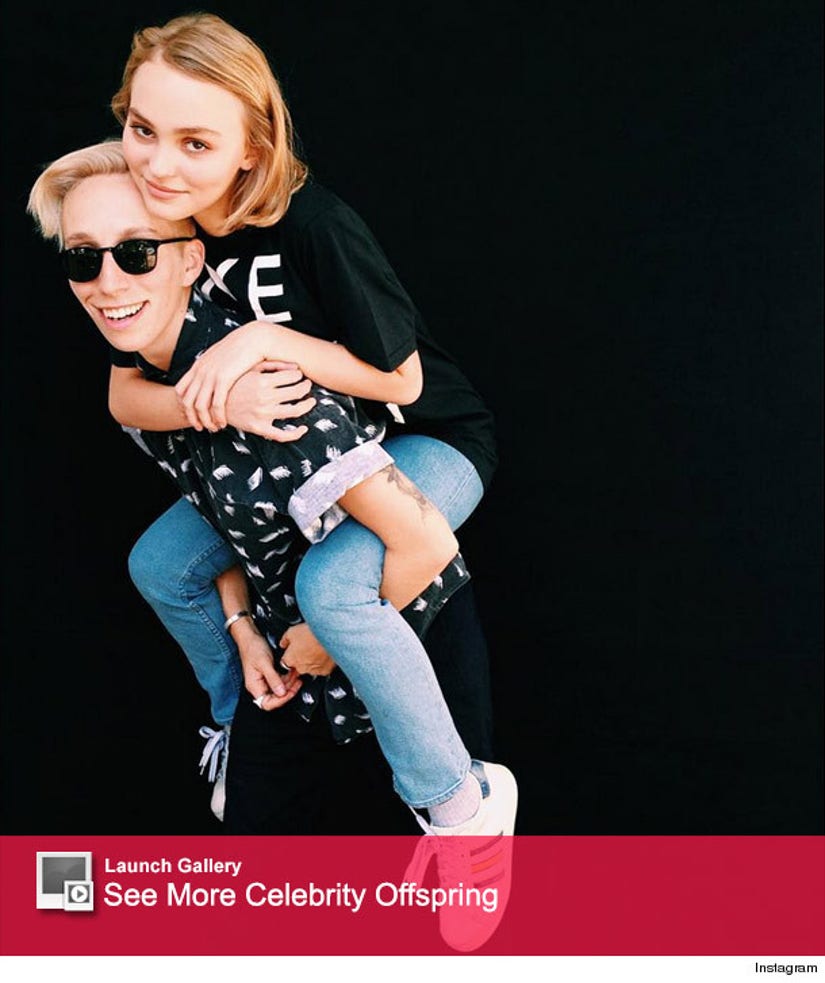 Lily-Rose Depp just made a big statement in a quiet way.

Johnny Depp and Vanessa Paradis' daughter is the latest celeb to star in Tillett Wright's Self Evident Truths Project, a photo series documenting 10,000 people who identify "as ANYTHING OTHER than 100% straight."

The 16-year-old was featured on the photographer's Instagram, flashing a smile as she gets a piggyback ride from the activist. She keeps it casual in a pair of jeans, a tee and sneakers as the pair pose against a black backdrop.

While Depp herself hasn't commented on the photo, Wright explained the young model's involvement in the photo caption.

"I'm so proud of my baby girl @lilyrose_depp. She decided she wanted to be in @selfevidentproject because she falls somewhere on the vast spectrum, and I couldn't be happier to welcome her to the family. She's a tiny gem of a good human. #prouduncle #weareyou," he captioned the snap.

"This project exists to spread awareness and understanding about a broader spectrum of human sexuality," Wright also explains on the project's website. "We want to bring human stories from within the LGBTQ community to the world, so that we can begin to erase the boundaries between 'Gay', 'Trans', 'Straight', and 'Other.'"

The star isn't the first celeb to join the campaign. Last year, Cara Delevingne also starred in a shoot for the project a few days after National Coming Out Day.

"Doesn't matter who you are or what you believe it, we are one! Go get yourself one of these shirts right now! I'm late for National Coming Out Day but better late then never. Don't be scared to be who you are. Please follow @iolovesyou and @selfevidentproject because #WEAREYOU," she captioned a snap from the campaign.

Sound off below then click Launch Gallery above for more celebrity offspring!