Nicki Minaj may have patched things up with Taylor Swift, but now she's gunning for Miley Cyrus.

During her acceptance speech for winning Best Hip Hop Video for "Anaconda," the rapper called out Miley Cyrus.

"Now back to this bitch that had a lot to say about me the other day in the press. Miley, what's good?," she shouted at the host, who was on another stage across the room.

"We're all in this industry, we all do interviews and we all know how they manipulate," Miley responded, keeping her cool. "Nicki, congratulations."

The camera then cut back to Minaj, who was shouting "What's good?" and could be seen mouthing the word "Bitch" over and over.

Some are speculating that the entire exchange was staged ... what do you think? 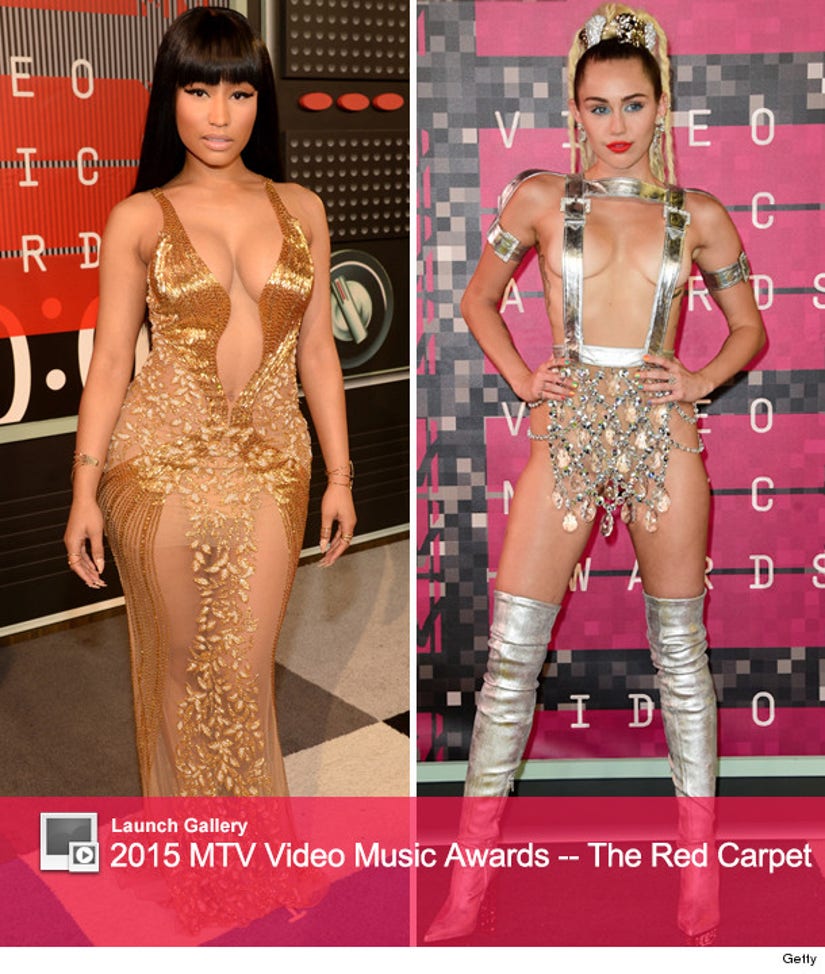 In an interview with New York Times, Miley spoke out about Nicki's feud with Swift over not getting a nomination for Video of the Year.

"She was saying that everyone was white and blonde that got nominated, I heard?," she says. "I don't respect your statement because of the anger that came with it. And it's not anger like, 'Guys, I'm frustrated about some things that are a bigger issue.' You made it about you. Not to sound like a bitch, but that's like, 'Eh, I didn't get my V.M.A.' ... If you want to make it about race, there's a way you could do that. But don't make it just about yourself."

"What I read sounded very Nicki Minaj, which, if you know Nicki Minaj is not too kind. It's not very polite. I think there's a way you speak to people with openness and love," she declared. "You don't have to start this pop star against pop star war. It became Nicki Minaj and Taylor in a fight, so now the story isn't even on what you wanted it to be about."

While we'll have to wait and see what happens with Minaj and Cyrus, we know the rapper made up with Swift earlier in the night. The two performed together during the beginning of the show.

Check Out All the Revealing Outfits Miley Wore In One Evening

See the Hits & Misses from the Red Carpet

Wait Til You See What the Kardashians Wore to the VMAs

Check Out the WORST Dressed Stars at the VMAs