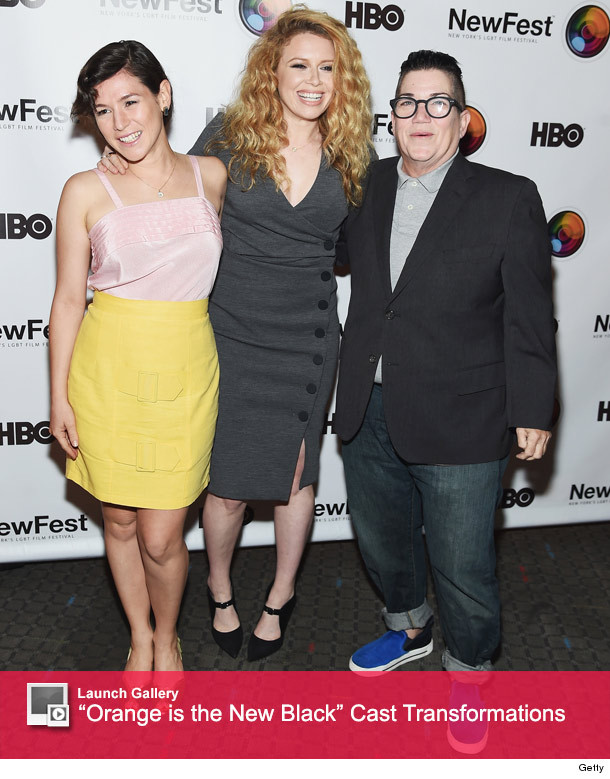 Yes, that's really Nicky Nichols front and center in the pic above.

"Orange Is the New Black" star Natasha Lyonne was flanked on the red carpet on Wednesday night by costars Yael Stone (Lorna, left) and Lea DeLaria (Big Boo, right) at the premiere of her new film, "Addicted to Fresno."

All three women looked completely different than their imprisoned alter-egos, shining with some fresh faces, stylish clothes and big smiles. See more of the cast's wild transformations in the gallery above!

While Lyonne still had her infamous mane, it looked cleaner and shinier than it appears on "OITNB," where Natasha plays a recovering drug addict.

For Stone, her red carpet look was definitely toned down in comparison with the red lip-lovin' Lorna ... while DeLaria looked comfortable in her denim, blazer and a polo. 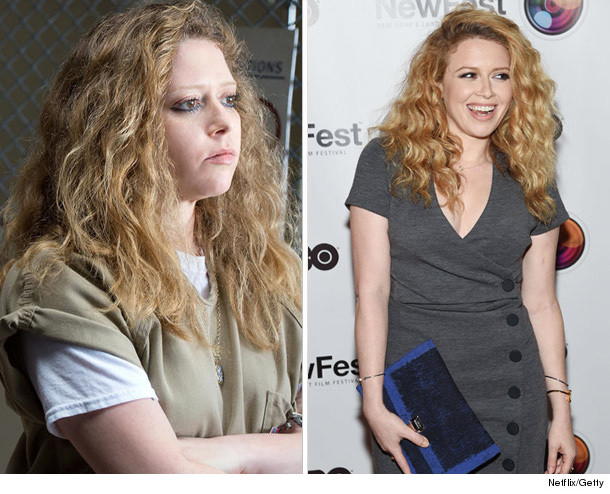 Fans of the Netflix series were left wondering what happened to Natasha's character after the events of Season 3, which saw her getting shipped off to maximum security midway through, never to be seen again.

While the actress has played it coy on whether she'll return or not, she did open up about how time in Max could change her character.

"It could really go both ways," she told EW. “People respond all kinds of ways to intense [situations] beyond rules. That kind of discipline sometimes brings out the best in people and sometimes brings out that much more anger and rebellion. Certainly, at a certain point, I think Nicky would have to come to terms with her childhood and do some reconciling with her past if she’s going to make peace with being an adult."

We'll find out when Season 4 comes out next summer.

Tyler Cameron Asks for Prayers for His Mom

Kris Jenner on 'Rise and Shine,' Kourtney Quitting and More

Quaden Bayles Turns Down Trip to Disneyland, Will Donate $470K to Charity

50 Surprising But Awesome Products Getting A Ton Of Love On Amazon 21 Texts That Start A Conversation With Your Crush When You're Bored 22 BTS 'Map Of The Soul: 7' Instagram Captions To Inspire All Your Followers