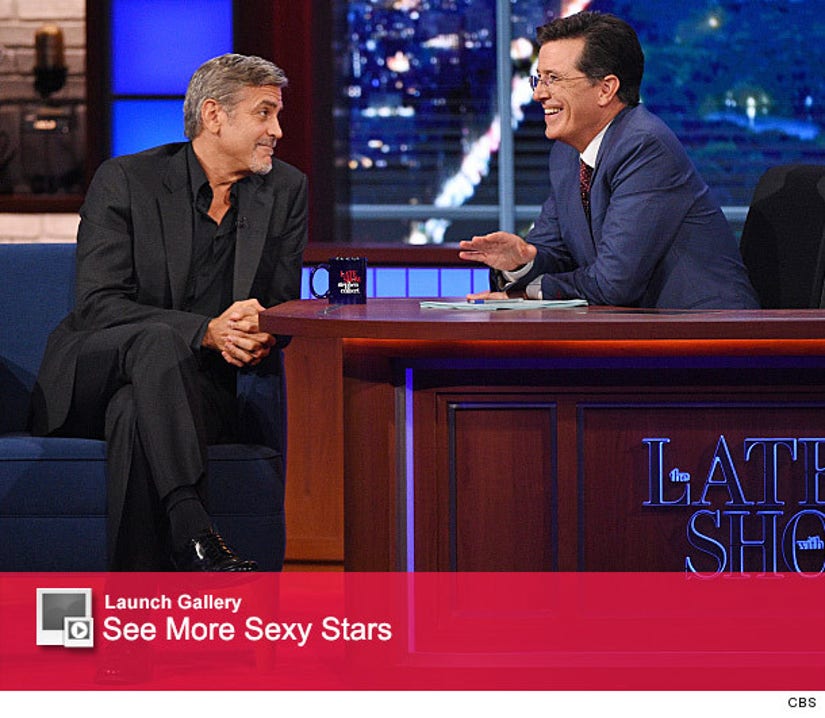 To kick things off, the CBS host welcomed the "Tomorrowland" actor by gifting the 54-year-old a Tiffany box as a belated wedding gift.

While Colbert is about a year late -- the actor tied the knot with Amal Alamuddin last September -- George did show his appreciation for the thoughtful gesture.

"Wow, it's really a Tiffany thing," he said of the iconic blue box. "It's engraved, it says, 'I don't know you', and I believe it's a paper weight."

"That's just to remind you that we don't know each other, but I was very grateful that you came on." Colbert admitted. "I don't want to do that celebrity thing where we pretend we know each other and you can pass that on to another celebrity who you don't know but have to pretend that you do know them." 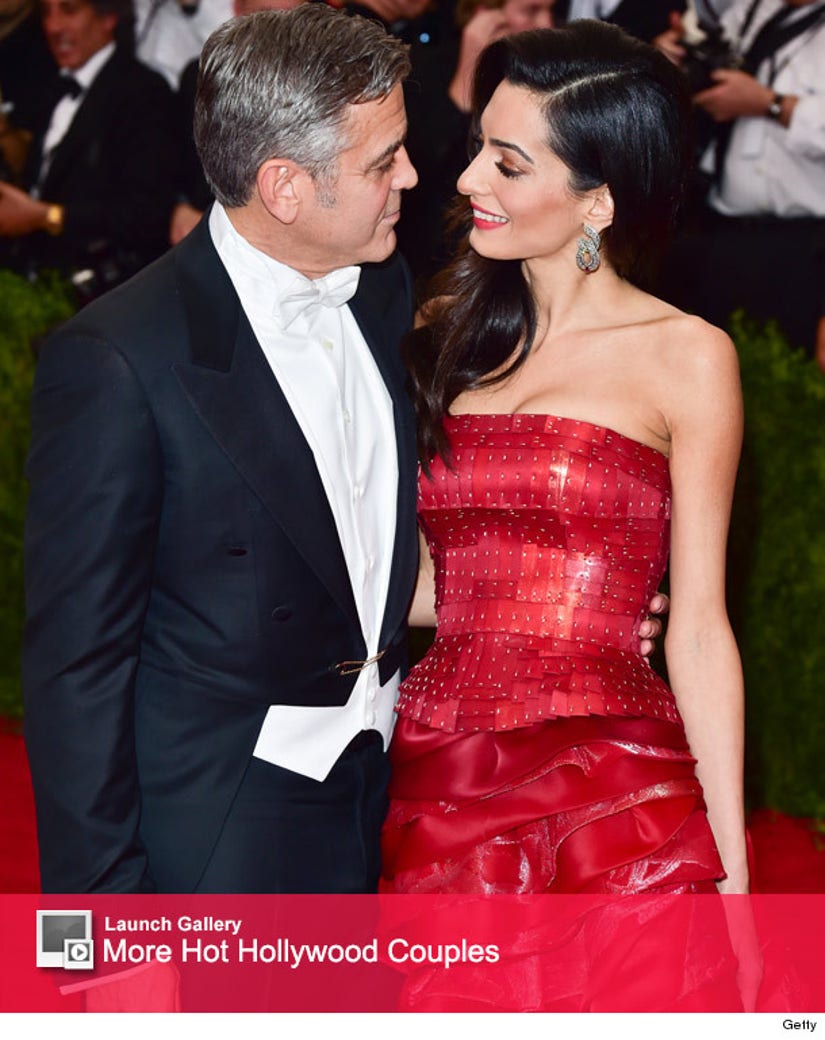 The 51-year-old host continued to tease the star when he asked Clooney about his stunning lawyer wife, jokeingthat the former "Sexiest Man Alive" was now just "arm candy".

"Because she's a very serious person. She must say, 'We're going to meet some extremely intelligent people tonight. These are not show folk, please. Just be shiny,'" the host told the actor.

"Don't talk, just be shiny and pretty. Yeah, that's mostly what I do," Clooney laughed, agreeing with the late night host.

What do you think of Clooney's marriage comments sound off below then click "Launch Gallery" for more sexy stars!