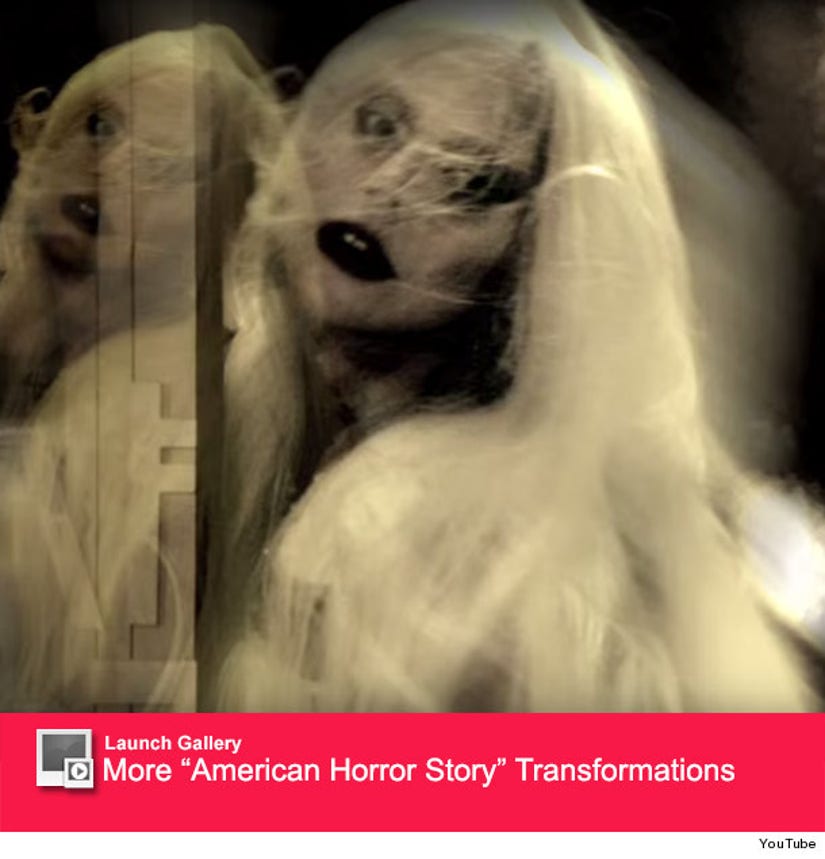 This is bound to give you nightmares!

The new clip, titled "Hallways," gives a glimpse at the ghoulish, dangerous residents of the hotel. The show's stars are seen roaming the corridors among creepy children, mattresses with people sewn in them and blenders filled with blood.

Towards the end of the 30-second video, fans also get a glimpse of Gaga donning a wedding dress.

The pop star, who plays a bloodsucker who owns the hotel, nabbed the coveted role on the TV series in a rather unconventional way.

In fact, the Mother Monster contacted show creator Ryan Murphy herself, asking if he'd ever consider using her in the show. He said "YES" and the rest is history.

"I was at a construction site and my phone rang. I didn't recognize the number. [I answer and] I hear 'Please hold for Gaga.' I think 'Bad Romance' was playing [while I was on hold]," Murphy recently told EW. "Then she got on the phone. At first I thought it was a prank, but we then had a lovely call."

Lady G certainly knows how to get what she wants!