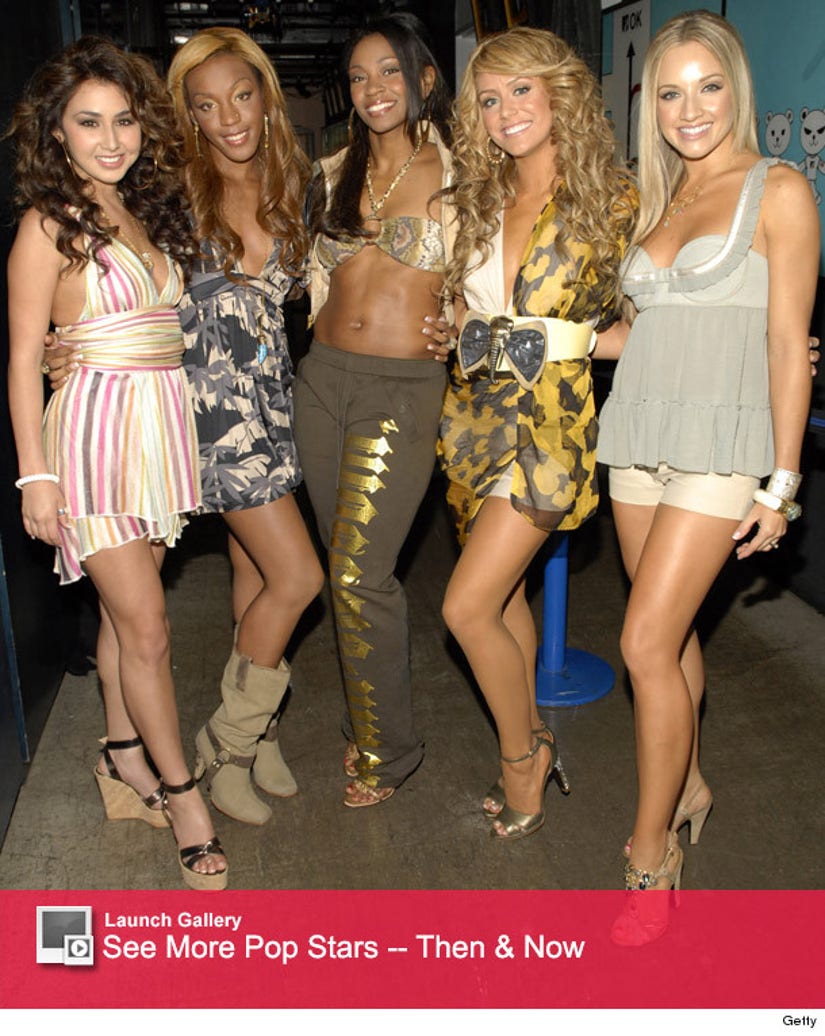 The behind-the-scenes drama with the women of Danity Kane was worse than we could have ever imagined.

The girl group, which was formed by Diddy on "Making the Band" back in 2005, split a few short years later. They re-grouped last year, but fell apart again after a violent fight between Aubrey O'Day and Dawn Richard.

Now, Aubrey is speaking out about the band's volatile past with Dawn.

In an interview with The Breakfast Club, O'Day and fellow DK alum Shannon Bex -- who now perform together as the duo Dumblonde -- revealed the tension spans years.

"Y'all wanna know straight up? I can fly it back six years ago to the first time I really figured out what it was," Aubrey said before revealing how she first learned of Richard's "manipulation."

She said the women were all in studio with Diddy, who told them each to get on their computers and tell fans to buy their new album. O'Day used Dawn's laptop, then received a message from the leader of her fan page shortly after, asking if she could meet her immediately.

When the two met up, the woman revealed that the computer she had just used had the same IP address as a commenter who had been leaving nasty messages about O'Day and D. Woods all over the site's public message boards.

"[This person] started the rumors that I slept with Diddy, started circling cellulite on D. Woods and I, called D. Woods on the forums a 'fat N-word," Aubrey revealed. "Those are just a few of the highlight specials of the nastiness."

She says she jumped back on Dawn's computer and saw that someone had used it to log onto the site with the commenter's account. Though she was understandably ticked off, she decided not to tell anyone about her discovery just yet.

"Had I told anyone at the time, the group would have been over," she said. "D. Woods would have never played after that, she would have come at [Dawn] real quick, especially after the type of vulgar disrespect that was being spoken. I wanted our group to work and sometimes you have to put business in front of your feelings."

Aubrey told D. the truth months later -- and D. went off on Dawn.

"Dawn left when D. Woods confronted her, left for two days," Aubrey added. "She told us it was her boyfriend that had done it the whole time."

"When we came back together [in 2014], we had hoped that a lot of the things in the past had changed, and they hadn't," Aubrey continued.

"There was another case of manipulation and lying and pushing solo projects over the group," O'Day said, revealing what set off the fight last year. "There was no fallout, there was only one person acting erratic. And that was it."

O'Day says she was hoping Dawn would come back and apologize after allegedly hitting her in the back of the head, but that never happened. Days later, they broke up forever.

"Danity Kane is so dead, done and over. Let's move on," she said in conclusion.

We'll just leave you with this: