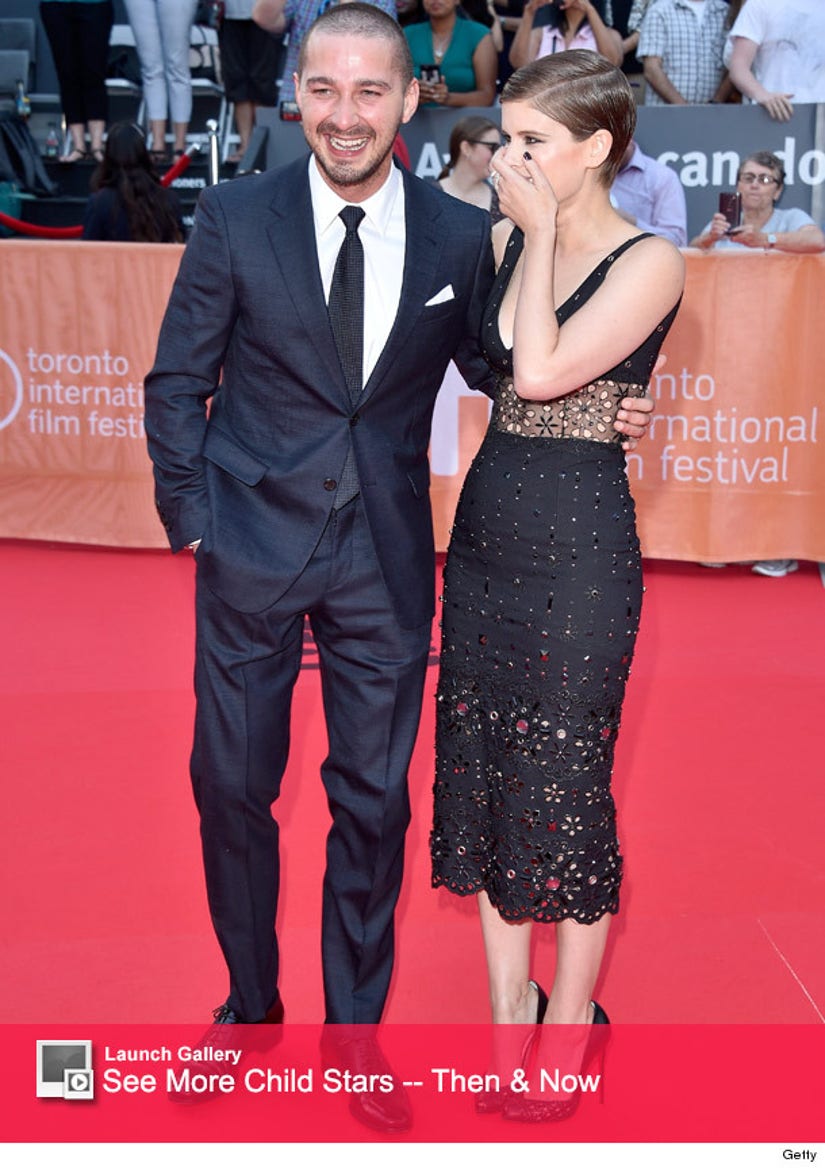 The actors stole the spotlight at the premiere of their new movie, "Man Down," during the Toronto International Film Festival on Tuesday in Toronto, Canada.

Mara looked gorgeous wearing a sparkly black LBD with sheer cutouts, while LaBeouf looked handsome in a classic black suit. The two looked like they were having a blast!

Both Kate and Shia were spotted cracking up while posing for pics outside the premiere:

At one point, the "Even Stevens" alum looked like he was laughing so hard he started to cry!

Clearly, these two have become fast friends since working on the sci-fi thriller together. In the movie, Shia plays a U.S. Marine who is searching for his son in a post-apocalyptic future and Kate plays his wife.

It's great to see that the actor is in a much better place these days ... especially after suffering a head injury from performing his own stunt on the set of "American Honey" back in June and a string of bizarre public appearances since.

What do you think about Shia and Kate's red carpet appearance? Sound off below and check out the gallery above to see more child stars then and now!