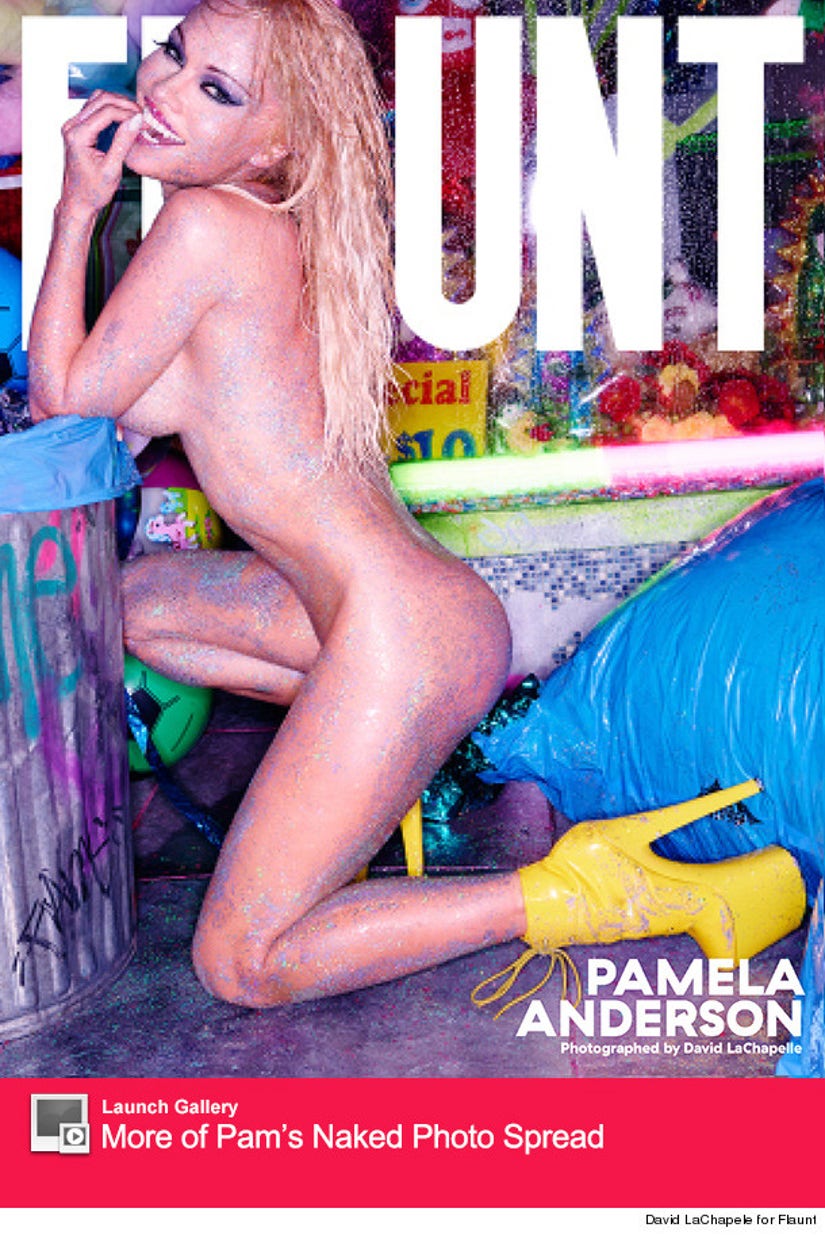 The 48-year-old former "Baywatch" star strips down to her birthday suit for a sexy new photo shoot with Flaunt, putting her physique on display in nothing but a pair of yellow platform heels for the publication's September issue cover.

In another photo, shot by famed photographer and longtime friend David LaChapelle, Pam exposes her breasts while laying on the sidewalk. 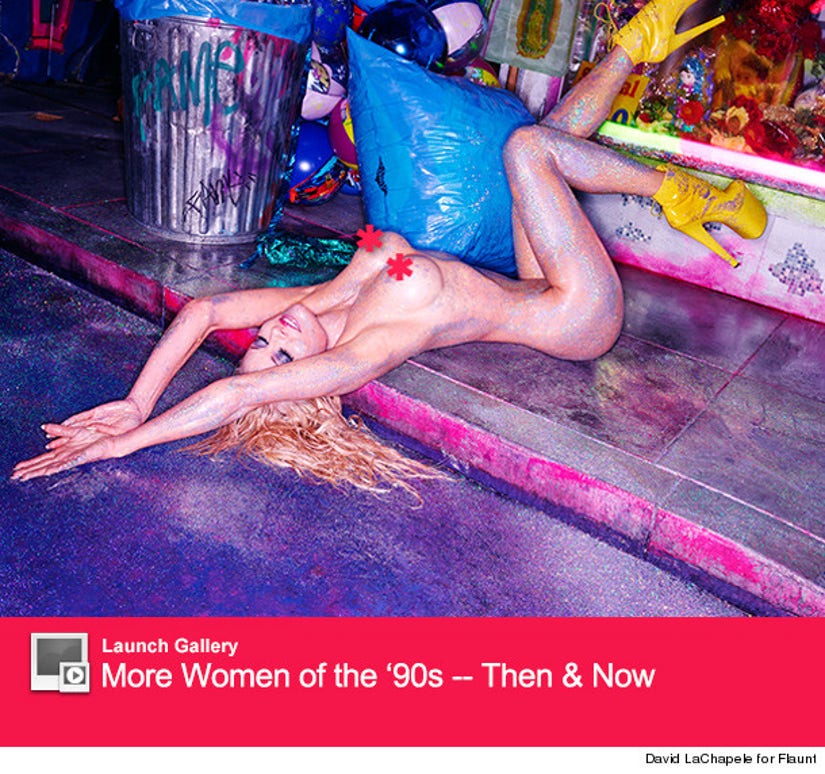 "The cover sees LaChapelle working with his decades-long muse in a rare editorial project, since leaving the medium years ago to focus on global exhibition in museums and galleries," the magazine said of the shoot.

Inside the magazine, the cover girl opens up about her marriage to Tommy Lee and the couple's two children.

"When Tommy and I were together and I was wearing rubber and he was beating up photographers, and I'm swearing, telling everyone to 'F off,' slowly I became this cartoon image," Pam tells the mag. "It became this kind of debaucherous cartoon character, but really the next day I was the woman at the school, getting the kids in the car."

She credits her kids with helping her keep her sanity.

"It probably saved my life because I've been in crowds and circles and I've gone a little wild, but I always make it home for my kids," she says.

"I'm trying to raise gentlemen here," she continues, "but you know L.A.'s tough. This is very seductive, this industry. I didn't let them go to school here."

The two boys -- Dylan, 17, and Brandon, 18 -- joined their famous mama on the red carpet earlier this month. 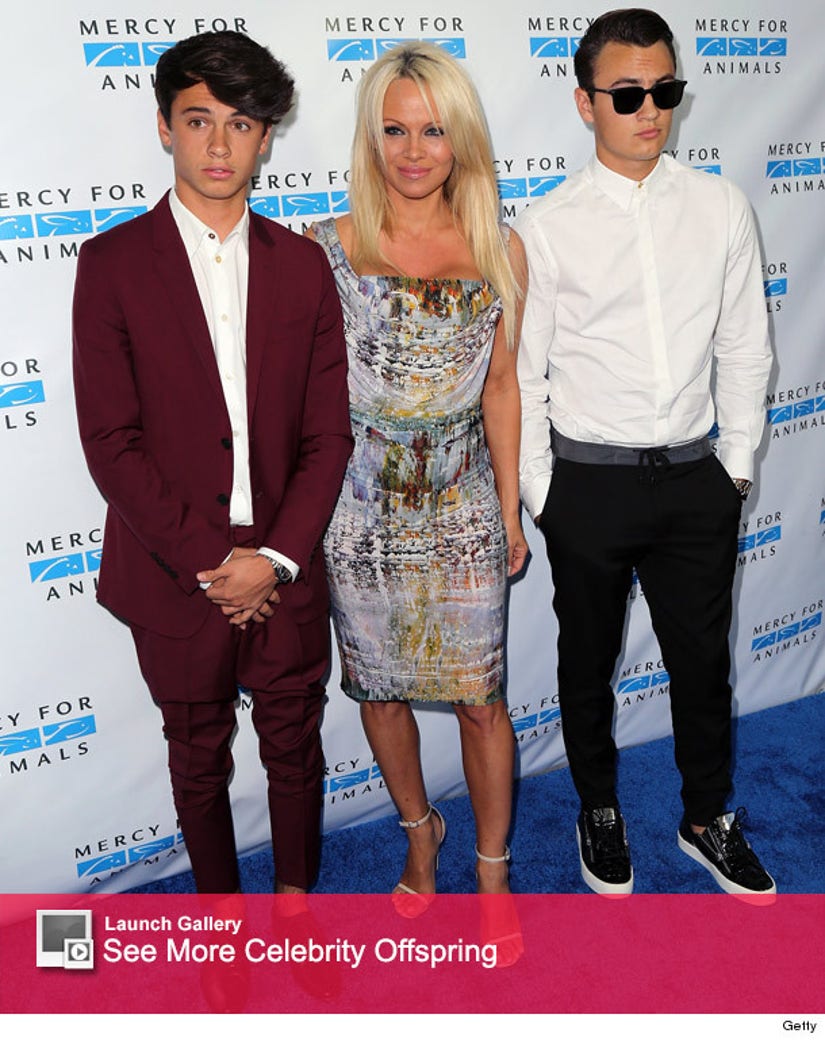 See more from Pam when the new issue of Flaunt hits newsstands September 18th in London, and then globally.