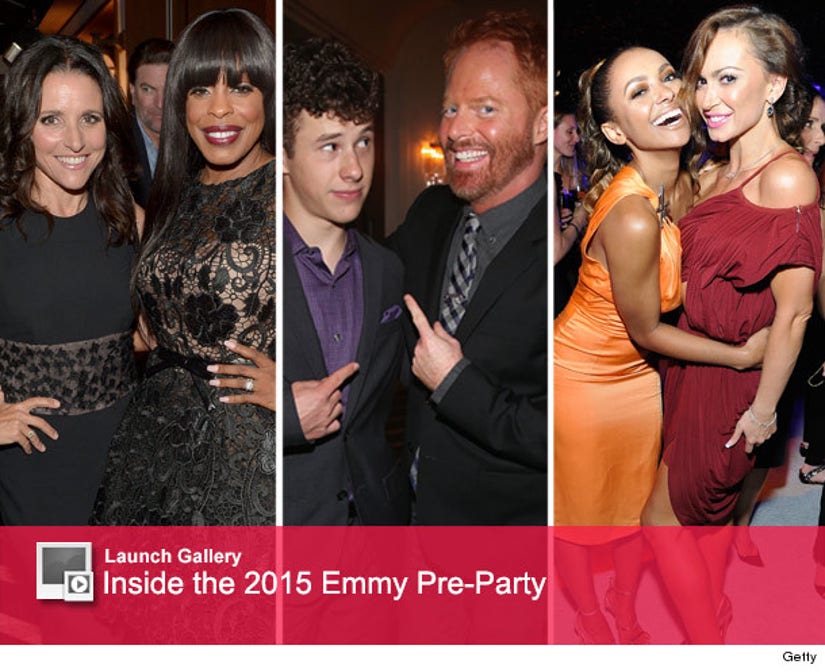 Hollywood's biggest stars are gearing up for the 2015 Emmy Awards on Sunday night, but the celebrations have already started.

The "Veep" actress looked gorgeous at the event, sporting a figure-hugging black sheath dress that accentuated her tiny waist.

Across the room, "Modern Family's" Jesse Tyler Ferguson and Nolan Gould hammed it up for the cameras at the fancy soiree.

But, the fun is just beginning!

Cat Deely made her first red carpet appearance since announcing her pregnancy -- and "Vampire Diaries" star Kat Graham revealed she came to the party straight from the airport, getting changed in the car!

Check back with toofab all weekend for complete Emmy Awards coverage -- be sure to click through the gallery above to see all the celebs toast to TV's finest.