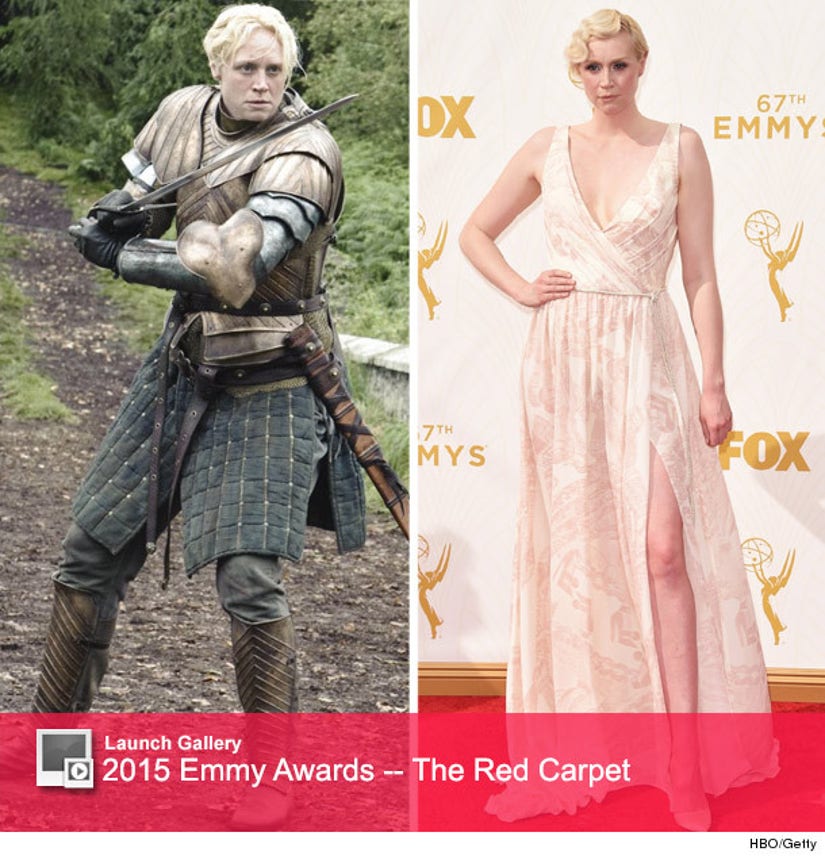 The women of "Game of Thrones" may get a little grimy on the incredibly popular HBO series, but on Sunday night they really cleaned up their acts for the red carpet at the 2015 Primetime Emmy Awards.

Gwendoline Christie was the first cast member to arrive -- and wow, did she look incredible.

Towering over the other attendees, the actress demanded attention in a flirty, feminine pale pink dress with a slit up the side. She wore her hair in old Hollywood waves and paired the look with nude heels.

Compared to the all-powerful, armor-wearing Brienne, it's almost night and day whenever we see the former model hit the red carpet -- and we love it! 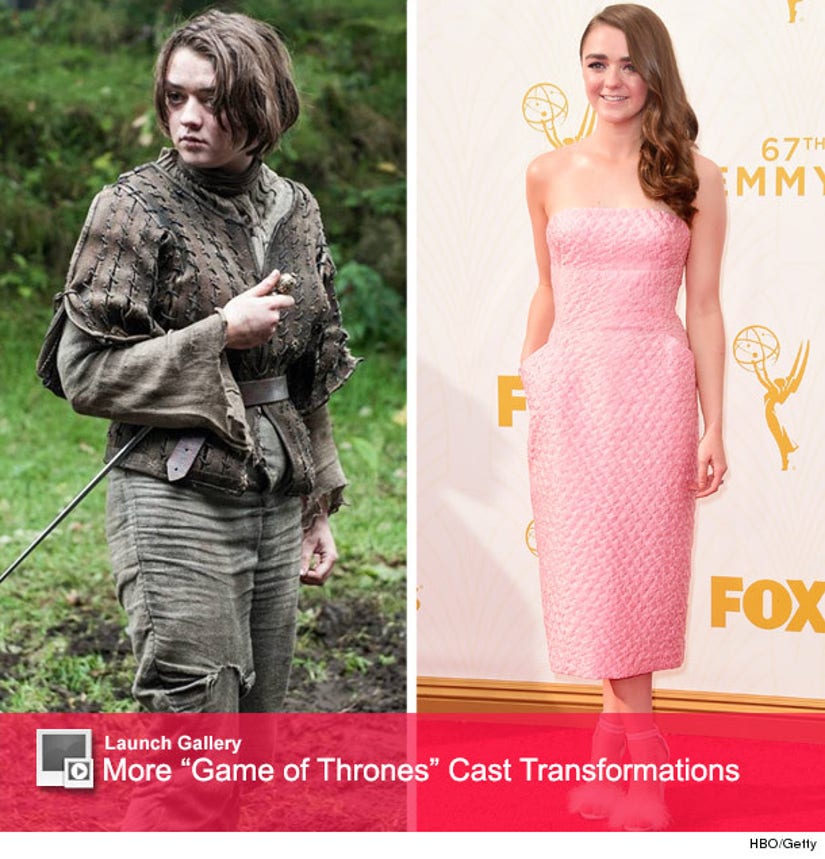 Maisie Williams, who also plays quite the tomboy as Arya Stark on the fantasy series, went to the other extreme as well. Sporting longer hair than we're used to seeing her wear and a pretty pink dress with pockets (!), the 18-year-old's dress was both age-appropriate and absolutely adorable.

Sophie Turner (Sansa Stark) went in a totally different direction, sporting a blue velvet top and black pants. It's an interesting look -- see it in the gallery above! 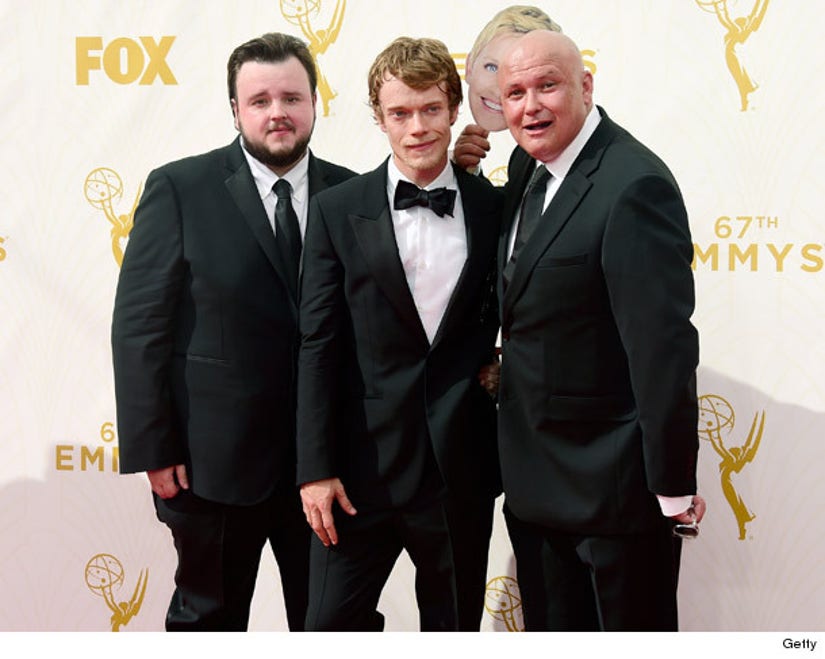 John Bradley-West (Samwell Tarley), Alfie Allen (Theon) and Conleth Hill (Varys) all looked dapper as can be in their tuxes, as well as Nikolaj Coster-Waldau.