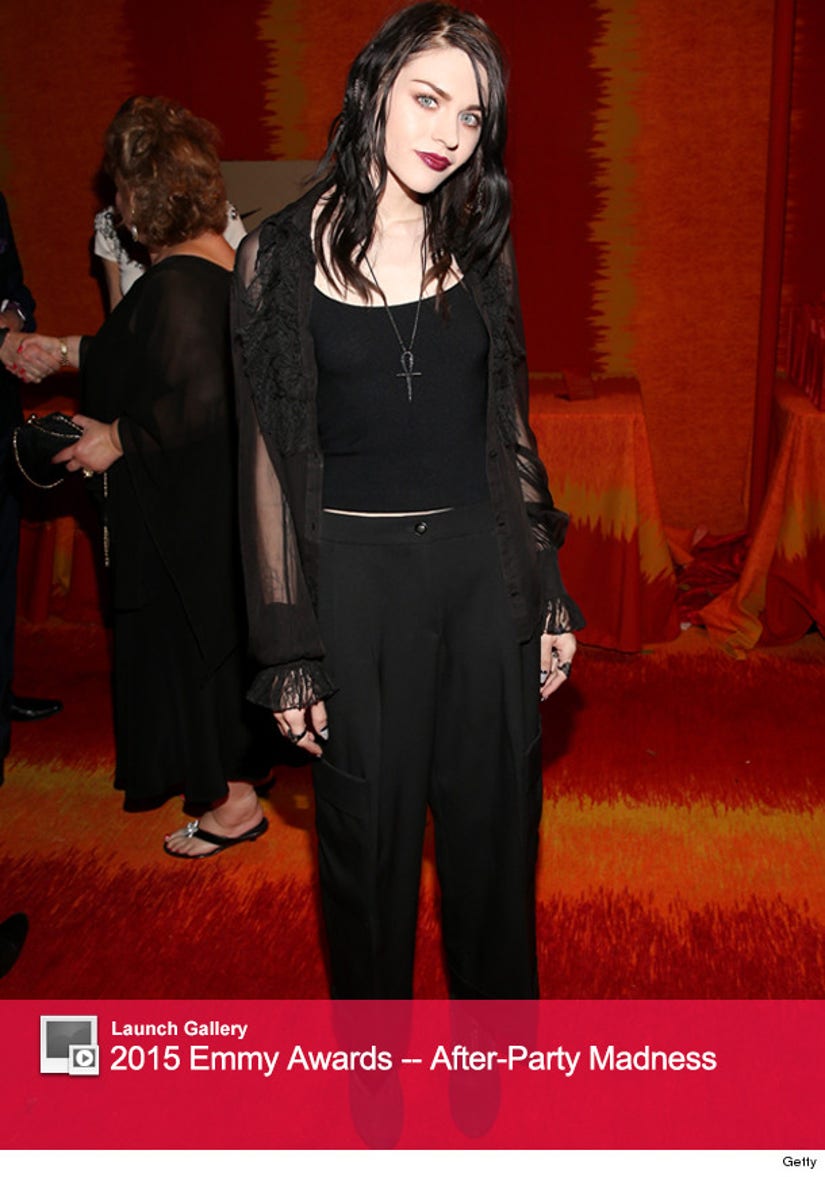 The daughter of Courtney Love and the late Kurt Cobain was snapped at HBO's 2015 Emmy After-Party in Los Angeles, sporting a black tank, matching trousers and a sheer lace jacket. She paired her monochromatic look with a cross necklace and a killer red lip.

The 23-year-old star has been spotted at a few red carpet events in the last few months, while she was promoting her documentary, "Kurt Cobain: Montage of Heck," which chronicled her famous father's rise and fall.

Frances recently opened up about what she really thinks of Nirvana's music -- even confessing that she's not a fan of the dad's work.

"I don't really like Nirvana that much [grins]," she told Rolling Stone in April. "Sorry, promotional people, Universal. I'm more into Mercury Rev, Oasis, Brian Jonestown Massacre [laughs]. The grunge scene is not what I'm interested in."

While aspiring artist isn't a big fan of her dad's music, she does have a few things in common with the "Smells Like Teen Spirit" singer, which had an interesting effect on Kurt's Nirvana bandmates.

"It's very weird how genes are. Dave [Grohl], Krist [Novoselic] and Pat [Smear] came over to a house where I was living. It was the first time [the ex-Nirvana members] had been together in a long time. And they had what I call the 'K. C. Jeebies,' which is when they see me, they see Kurt. They look at me, and you can see they're looking at a ghost," she admitted. "Dave said, 'She is so much like Kurt.' They were all talking amongst themselves, rehashing old stories I'd heard a million times. I was sitting in a chair, chain-smoking, looking down like this [affects total boredom]. And they went, 'You are doing exactly what your father would have done.'"