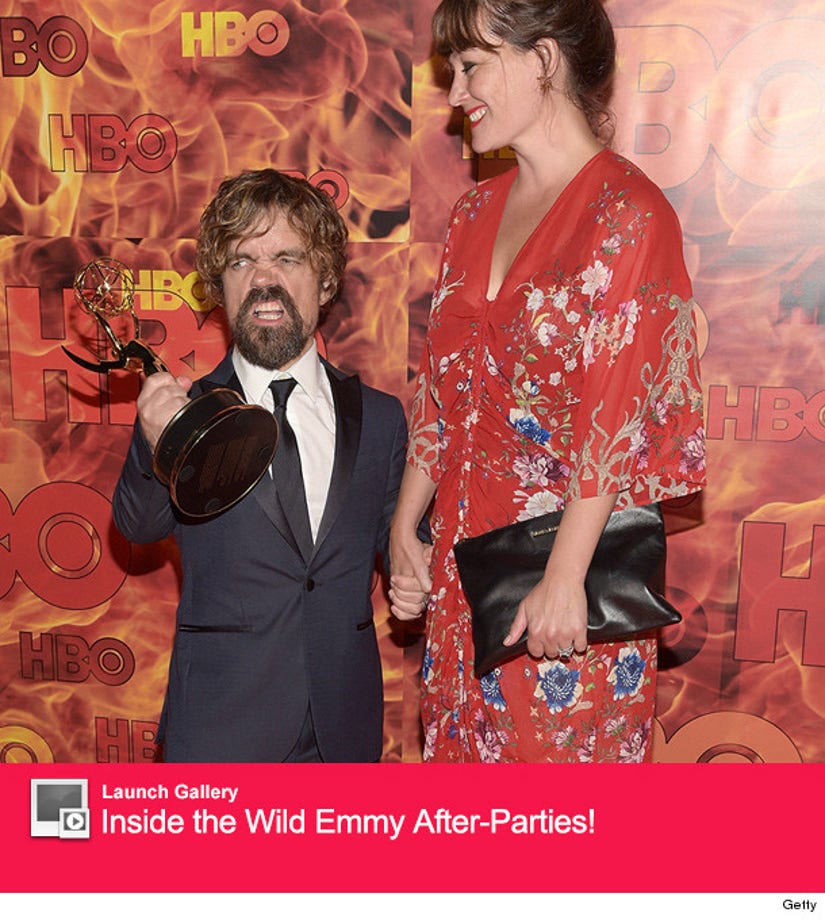 "I wasn't prepared at all. I was even chewing gum."

That's what Peter Dinklage said when he hit the stage on Sunday night to pick up his Emmy Award for Best Supporting Actor. One minor detail: He wasn't chewing it anymore when he made his speech.

A few eagle-eyed viewers on Twitter (and the website Distractify) pointed out something both hilarious and gross during the telecast.

Look closely in the video above. After Viola Davis calls the "Game of Thrones" star's name, he kisses wife Erica Schmidt, realizes he's still chewing gum and kisses her again. Then, no more gum.

Yep, it looks like he passed it to her during that second liplock. Her reaction says it all.

Check out some of the online reactions to the moment below -- plus, photos from the killer HBO after-party above!

Congratulations @Peter_Dinklage for the kiss you got from your wife, losing the gum ; ) and wining another #Emmys2015 pic.twitter.com/Dj1TJCzkiX

Just one question - did Peter Dinklage pass his wife the gum he mentioned during that kiss before he took to the stage? #Emmys

Peter Dinklage said he was chewing gum...but he wasn't chewing on stage. Think he passed it to his wife in their SUPER long kiss? #EmmyBert

Did Peter Dinklage give his wife his gum during that kiss?? Now, that's love. #Emmys #Emmys2015

Did... Peter Dinklage just pass his gum BY THE MOUTH to his wife?!?! #ew #michaelkelly #benmendehlson

Did Dinklage just spit his gum into that lady's mouth?....jesus