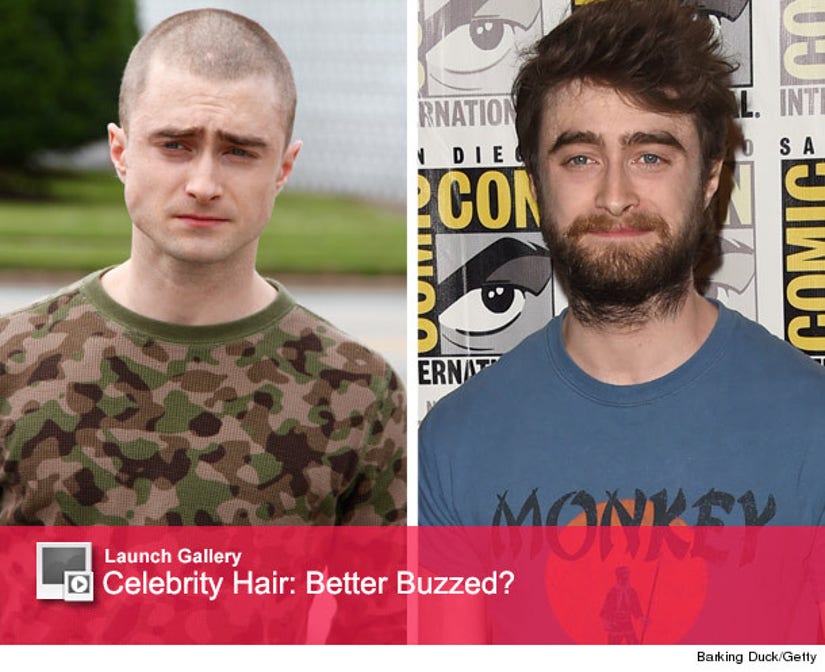 Daniel Radcliffe, is that you?!

The actor unveiled a new look on Tuesday -- and it has us doing a double take. The 26-year-old showed off his new buzzed 'do in a photo he shared on his Google Plus account.

"Hi Everyone. Here's the first look of me as FBI agent Nate Foster in "Imperium". We began filming the movie this week. I'm very excited about it and will tell you more about it soon!" he captioned the photo.

While it's clear that the dramatic makeover is for a new role, we haven't seen Radcliffe look this fresh-faced since his "Harry Potter" days.

In "Imperium," Radcliffe plays agent Michael German, as an FBI analyst who infiltrates a group of neo-Nazis who are trying to construct a dirty bomb. The flick begins production in Richmond, Virginia this week.

Before his movie makeover, Daniel had been sporting a very scruffy look for quite some time.

Just look at the photos of him at Comic Con back in July (above right), when he was sporting messy hair and a full-on beard.

What do you think of Daniel's new look? Sound off below then click "Launch Gallery" to vote on more celebs who've buzzed their locks!