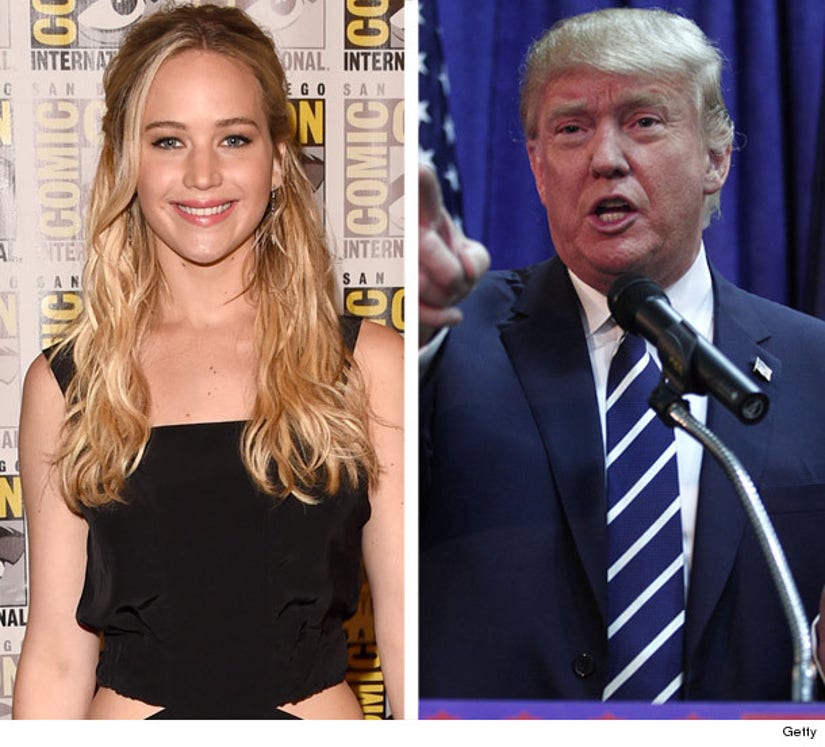 "The Hunger Games: Mockingjay Part 2" star got extremely candid about the GOP frontrunner while chatting with Entertainment Weekly.

When asked what the 25-year-old actress thought about Trump for president, Lawrence didn't hold back.

"If Donald Trump becomes president, that will be the end of the world," the actress candidly said, while promoting the new "Hunger Games" flick with her costars. Liam Hemsworth shared Jen's sentiments, saying "I'll back you up on that."

Lawrence also still believes there could be a chance that the "Apprentice" alum's campaign is just for show.

"I genuinely believe that reality television has reached the ultimate place where now even things like this might just be for entertainment," she explained. "It's either that or it's Hillary's brilliant idea."

Even if Donald is serious about the election -- to be fair, it seems like he most certainly is -- Lawrence has a big problem with Trump's outspoken demeanor.

"I was watching him on the campaign trail and one guy said, 'I love Donald Trump because he's saying everything I'm thinking and I just can't say it because of the PC factor…" she recalled. "And I'm thinking, 'You are absolutely right. That's who I want representing my country, somebody politically incorrect. That will just be perfect.'"

We love that the "Silver Linings Playbook" star has no problem sharing her opinions! What do you think about the actress' candid comments? Tell toofab below!