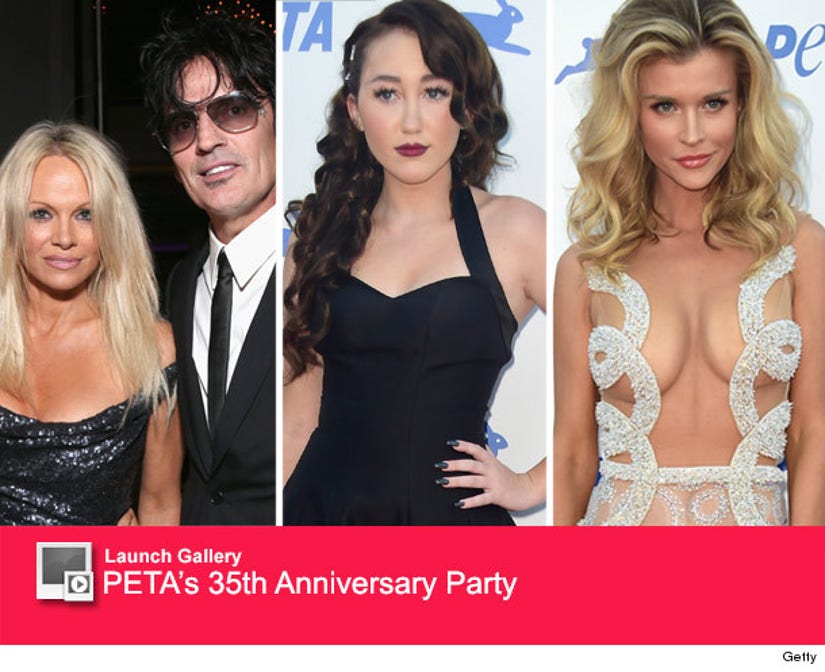 Reuniting for a good cause!

Famous exes Pamela Anderson and Tommy Lee greeted each other with a hug and a peck on the cheek on Wednesday night at PETA's 35th Anniversary Party in Los Angeles.

The "Baywatch" babe, who looked gorgeous in a dark blue, sequin Vivienne Westwood gown, co-hosted the star-studded event alongside actress Anjelica Huston. Lee was among the honorees at the bash. 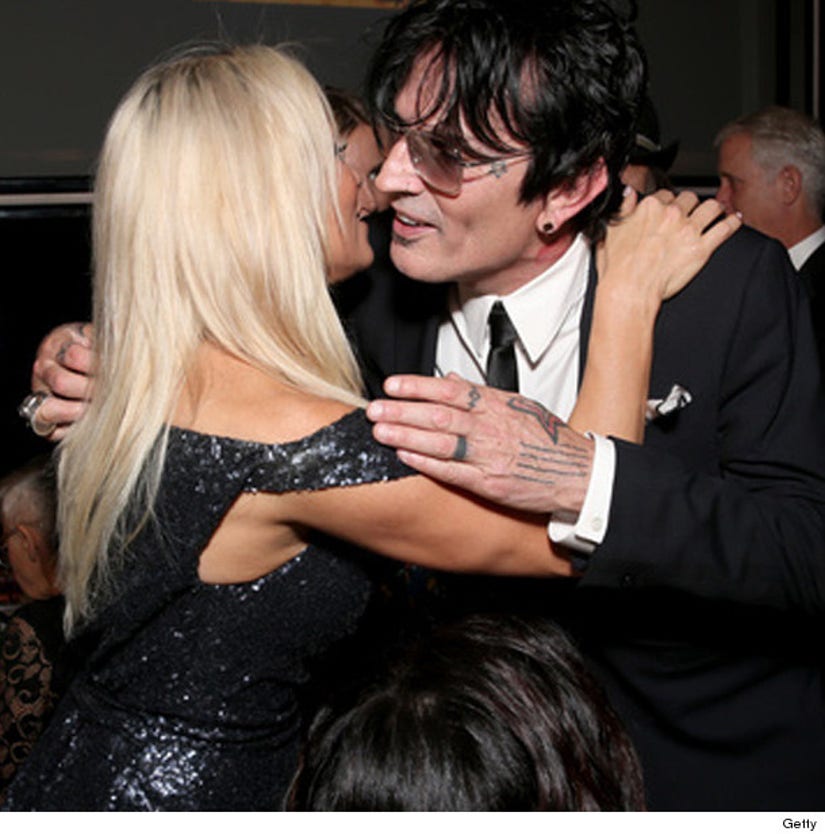 The blonde bombshell is known for her naked PETA ads, which is something her sons, Brandon, 19, and Dylan, 17, don't pay attention to.

"My kids don't read that stuff; they don't see it," she told ET on the red carpet. "They're interested in their own lives, and they think that mom is just having a good time."

Anderson added that her boys are "proud of their mom, especially when it comes to animal rights and the things that I'm doing like tonight. They are very big supporters."

Joanna Krupa also turned heads in a sheer, embellished dress which featured a plunging neckline and sky-high slit up the thigh. The "Real Housewives of Miami" star narrowly avoided a wardrobe malfunction as she posed for pictures on the red carpet in the nearly-naked ensemble.

Check out the gallery above to see all the stars at the event!