Spoiler alert: Even Tom Hanks doesn't have all the answers!

Stephen Colbert recruited the "Bridge of Spies" star for his segment "Big Questions With Even Bigger Stars" for "The Late Show" on Wednesday, where the duo bounced ideas off one another about some of the world's biggest unanswered questions.

Check out the video above to see what they had to say about God, time machines and Santa Claus!

The clip opens up with Stephen and Tom lying on a picnic blanket together, both taking in the sights and sounds of the night. After discussing the scenery for a few moments, Colbert kicked things off with a few questions most of us have asked ourselves at least once or twice.

The comedian then asked the "Captain Phillips" star what he would do with his very own time machine ... and Tom's answer was pretty random surprising.

"And kill Hitler right?" Colbert quipped. "Or let the baby kill Hilter?" he added. "Well, that way, they can't trace it back to you," Tom mused.

Hanks and Colbert definitely have some interesting thoughts -- what do you think about the Comedy Central alum's latest segment? Sound off below and check out the gallery to see more men of the '90s then and now! 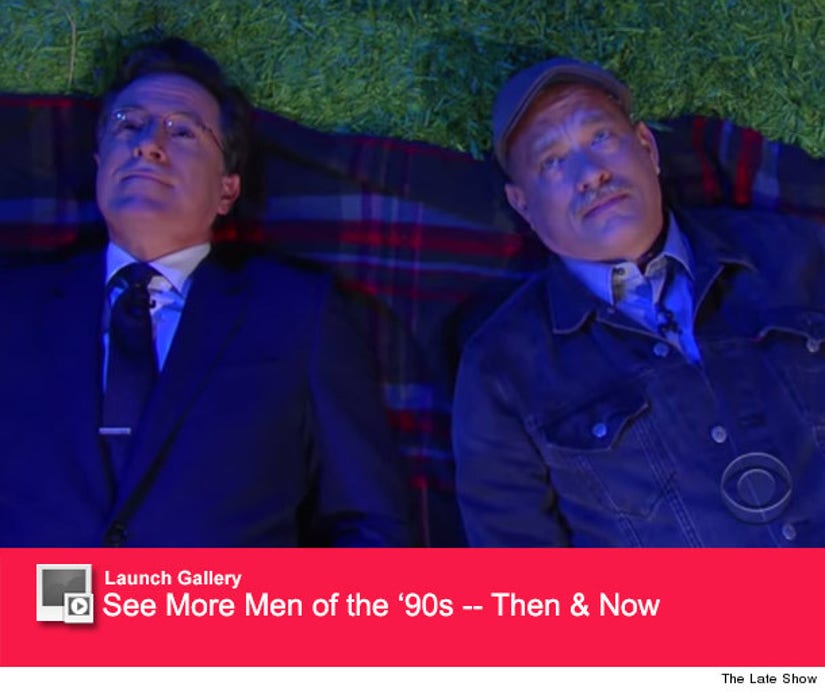