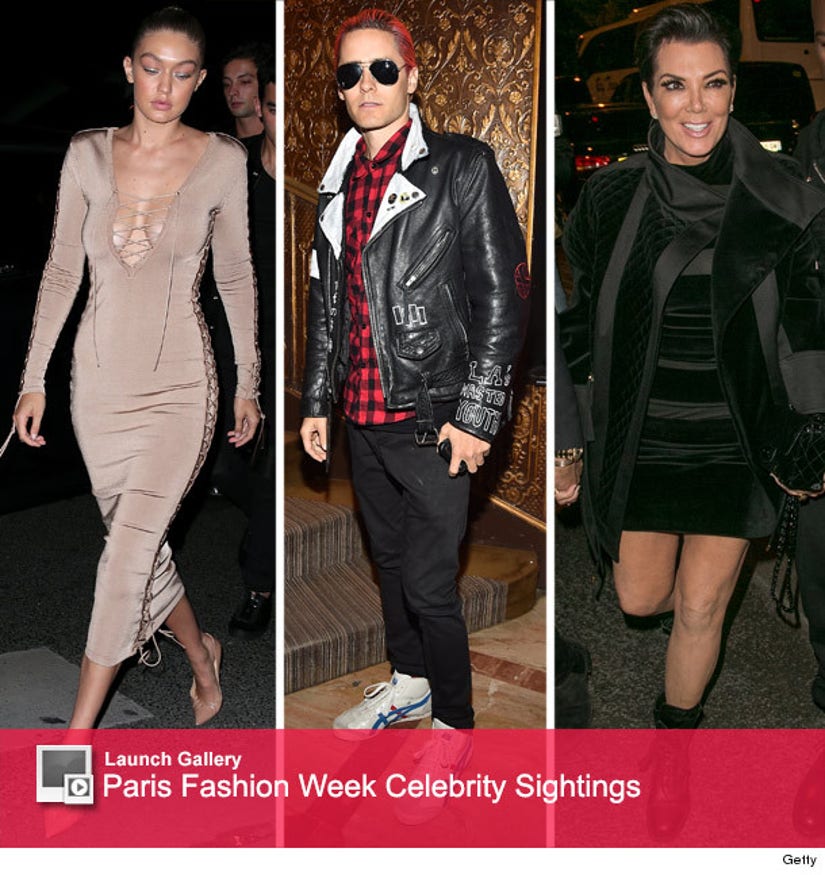 The Balmain Army steps out in full force!

Following Olivier Rousteing's Spring/Summer 2016 show during Paris Fashion Week, models and celebs alike flocked to the Balmain after party, where the fashion and fun continued well into the night.

Gigi Hadid, who worked the runway earlier, made her way to the bash with boyfriend Joe Jonas in tow. The 20-year-old showed off tons of cleavage in a nude midi dress that featured a plunging lace up neckline and lace up sides.

She kept her hair in a high braided pony and accessorized with sultry makeup and nude Christian Louboutin pumps.

Also at the event was Jared Leto, who looked casual in a plaid shirt, distressed leather jacket, jeans and sneakers. The "Suicide Squad" star also rocked a pair of dark shades and flaming red hair.

Kris Jenner, who cheered on daughter Kendall Jenner during the runway show, stepped out in the City of Light wearing a chic velvet mini, matching coat and combat boots. 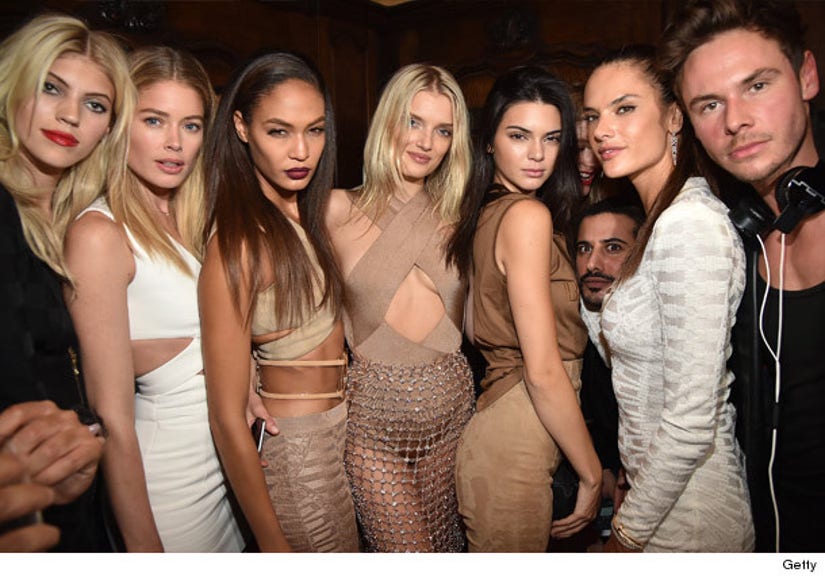 But those weren't the only stars!

Supermodel's Devon Windsor, Doutzen Kroes, Joan Smalls, Lily Donaldson, Kendall Jenner and Alessandra Ambrosio all walked in the Balmain show and later posed together in coordinating neutrals at the bash.

Check out the gallery below to see some of the looks from the sexy Spring/Summer presentation! 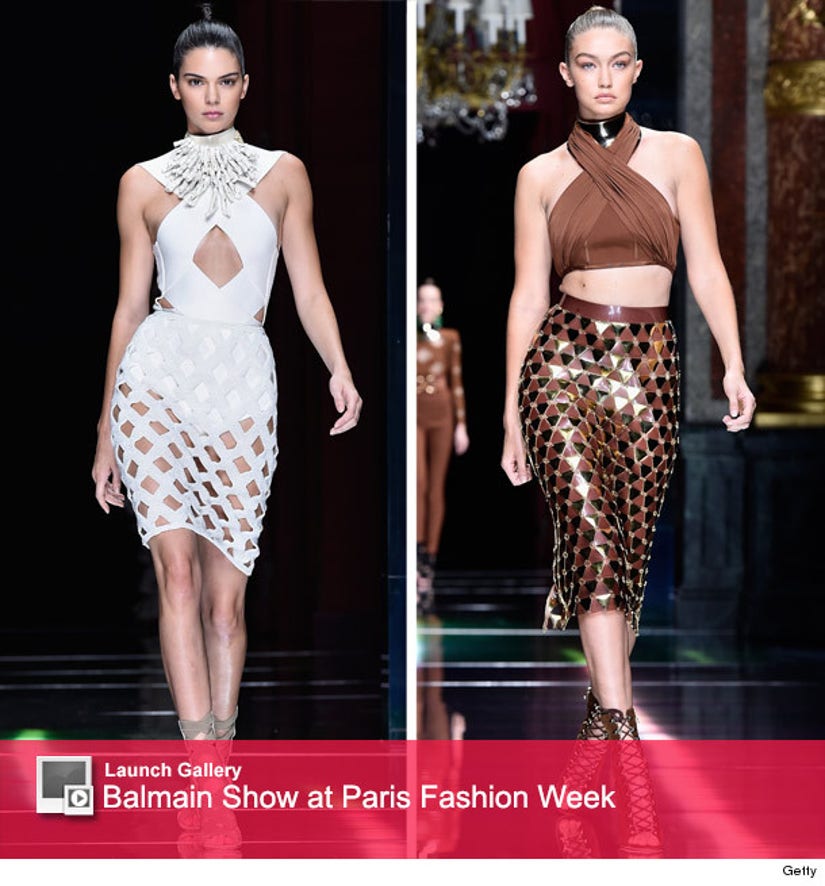