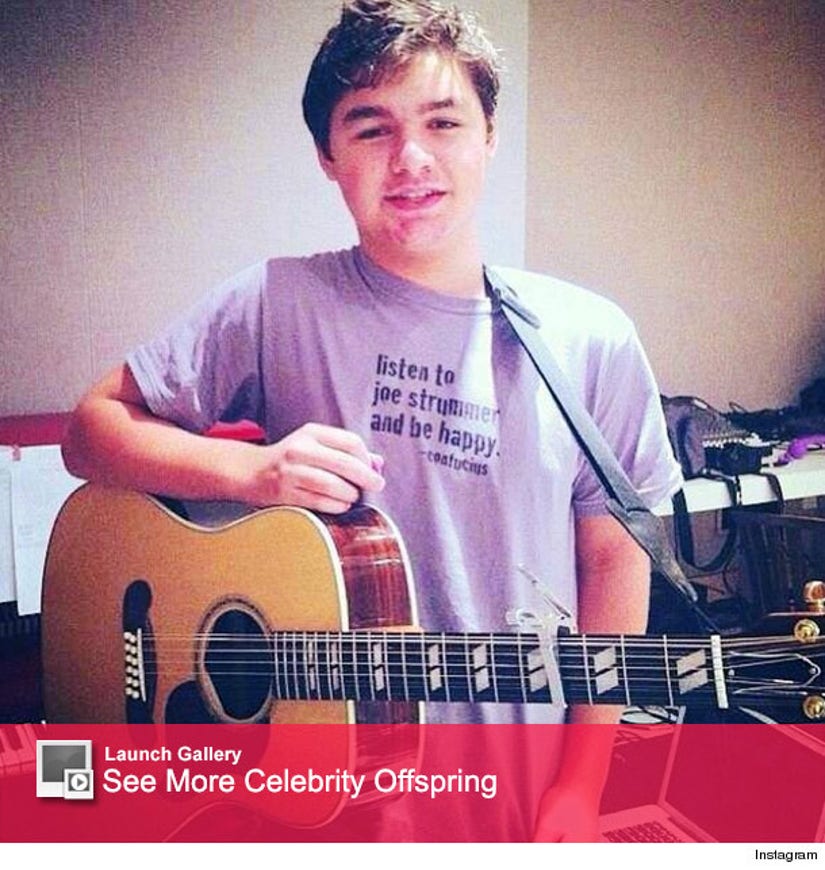 Music runs in the Armstrong family!

The talented teen dropped a handful of pop-punk tracks via YouTube this week, where he previewed new songs "King of the World" (below), "Waiting to Dance" and "Don't Try."

But Jakob isn't the only Green Day offspring following in his dad's famous footsteps -- Armstrong's older brother Joey, 20, also plays the drums on all three of the songs.

Check out the video above to hear Jakob's new music!

We're excited to see what's next for the "American Idiot" singer's sons -- Jakob definitely has some impressive vocals (just like his dad), while Joey's own band, Swimmers (aka SWMRS), hit the road with Wavves just last month.

We're getting major Green Day vibes from Danger's new music -- what do you think about Jakob's big debut? Tell toofab in the comment section below and check out the gallery above to see even more celebrity offspring!