Miley Cyrus has a bone to pick with Leonardo DiCaprio!

The "Wrecking Ball" singer stopped by "The Tonight Show" on Thursday, where she opened up about her performance on the "Saturday Night Live 40th Anniversary Special."

While chatting with Jimmy Fallon about the night, Cyrus couldn't help but call out a certain A-list actor for lacking common "stoner" etiquette.

When Fallon asked if her performance was a lot of pressure, the 22-year-old took the moment address what happened, or should we say didn't happen, with Leo at the "SNL" after-party.

"He was hitting a vape pen. But, it wasn't him that was making me kind of nervous -- I was feeling this emotion because there's like an edicate-cy of when we are there you need to pass that s**t, Leo ... and he never did. So, that was weird to me," she explained.

Jimmy did point out that DiCaprio could have simply been smoking a vape pen with nicotine and not marijuana, but Miley still had her doubts.

As far as we're concerned, "The Wolf of Wall Street" star is allowed to do whatever he wants with his vape pen. Sorry, Miley! 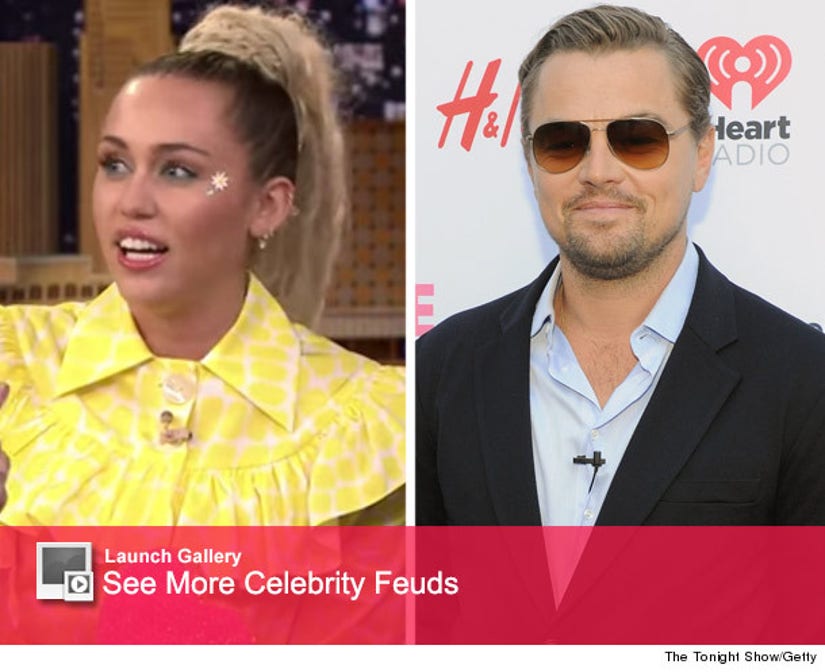 Whose side are you on? Tell toofab in the comment section below and check out the gallery above to see more celebrity feuds!