Khloe Kardashian had been worried about Lamar Odom before he was hospitalized after being found unconscious at a Las Vegas brothel on Tuesday afternoon -- something she spoke out about on this season of "Keeping Up with the Kardashians."

The reality TV star has been communicating with her ex on a somewhat regular basis, with the E! cameras rolling.

Khloe was seen getting a call from a "distraught and devastated" Lamar in the middle of the day on a recent episode -- after he learned his best friend, Jamie Sangouthai, passed away from drug use. It's worth noting that the incident took place back in June, but the episode aired in October.

"Lamar's best friend since he's been 12 just passed away unexpectedly. He's distraught and devastated," Khloe revealed in a confessional, as she was seen talking to him on the phone.

"Lamar has suffered so much loss in his life, I'm always going to be there for Lamar, especially when this happens," she explained, clearly concerned the incident would make him turn to drugs.

"I'm really on high alert for Lamar," she added. "Anything I think will set him to spiral, and that's the last thing I want for him." 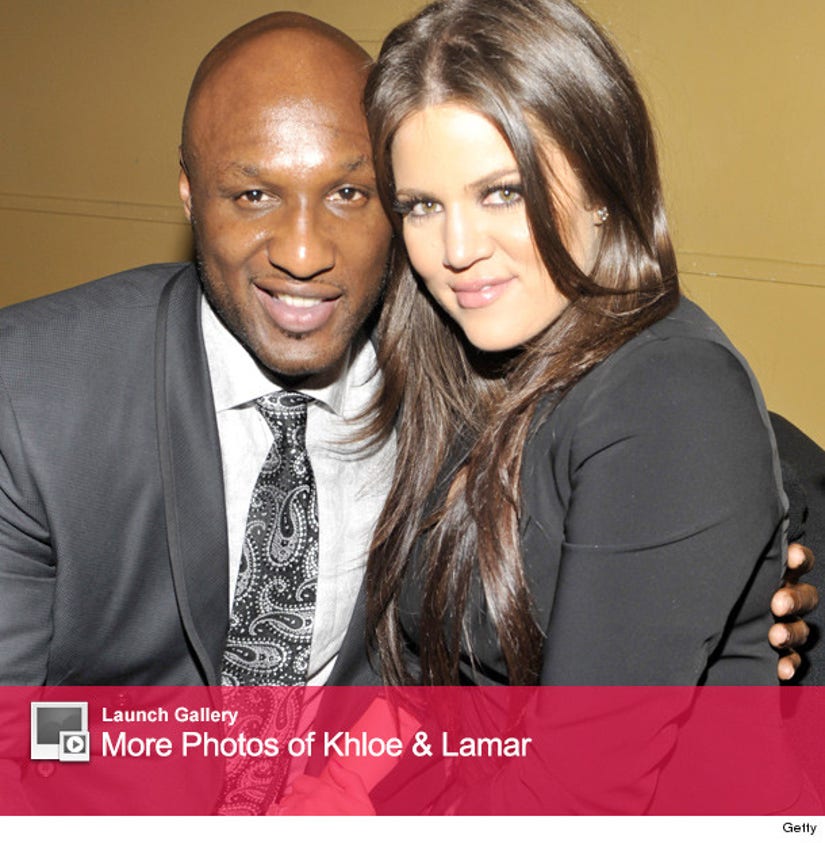 Their marriage fell apart due to his drug use, but the two still remained somewhat close despite the split. So close, in fact, that sister Kim Kardashian looked annoyed with their relationship later in the same episode.

As Khloe fielded another call from her ex-husband, Kim was seen looking on disapprovingly -- and later voiced her frustrations over Khloe "flirting" with him over the phone. "I don't know why Khloe and Lamar are talking, but he hurt her so badly," Kim said in a confessional. "As a big sister, I'm protective. For her to just be flirting with him on the phone makes me sick to my stomach."

Khloe spoke very openly about their relationship in Complex magazine earlier this year, talking to the mag before the two finalized their divorce in July.

"I talk to Lamar as often as I can, which is inconsistent, but not on my terms," she said at the time. "Lamar is genuinely one of the best people I've ever met, and everyone says that when they meet him. I think Lamar's gonna always be that person [for me] but that's what made it so special. Even if I had it for five years or whatever, it was the best ever and I'm grateful I did. Some people don't get that ever and I had that magic for a long time."

"Oh my god, I miss him every day. I miss what we had—things we got to do together are just memories," she added. "I like looking back and holding on to that stuff. I definitely miss it, and there's times I'll get so sentimental and so sad, but this had to happen for some reason. I'll figure it out over time, someone will give me that answer eventually. I think it would be very f**king weird if I didn't miss it."

The duo made headlines again in August, when Lamar reportedly "ambushed" Khloe outside her SoulCycle class -- where he began shouting at her and put his hands on her shoulder before she told him to get away.

He claimed that the two had been communicating before the meeting, but sources in Khloe's camp said she hadn't spoken to him for weeks and she changed her number.

Khloe, Kim Kardashian and Kris Jenner rushed to be by Lamar's side after hearing he was hospitalized.