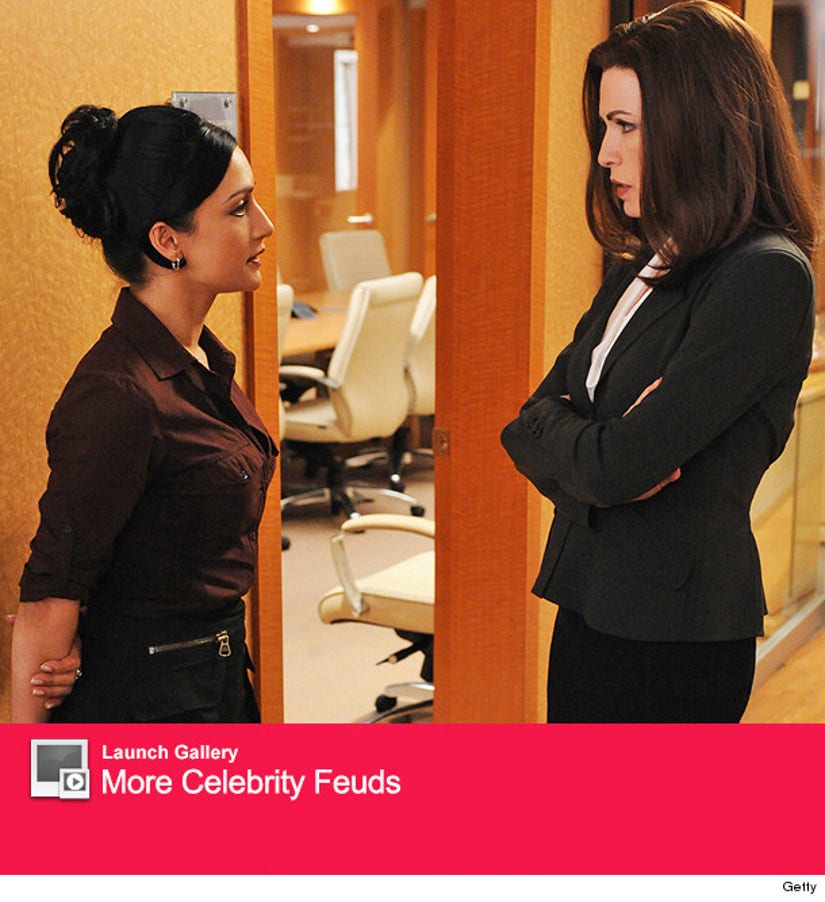 Julianna Margulies tried to shoot down rumors of a feud between her and former "The Good Wife" costar Archie Panjabi ... but instead, may have just re-ignited the fire!

Many have theorized the two have been at odds for years, after they stopped appearing in scenes together on the CBS series. The rumors hit an all-time high during Archie's final episode, where the two finally appeared in the same shot -- but actually filmed their goodbye scene separately.

"Right, I've heard about [the feud]. Who says that? It's totally gossip,” Margulies now says in a new interview with Vulture. "There's no story there, sorry. I actually had heard [that rumor] and I feel that it has been talked about and answered. I feel people just like to have gossip or make something into something that isn't there. There's no animosity on my part. It's a shame, because I wonder if it was two men, when one finds out that he f**ed his best friend's wife, if it would get that same attention, you know what I mean?"

Panjabi's character, Kalinda, had sex with Alicia's hubby on the show.

"It was shot the way [co-creator Robert King] wanted to shoot it, and the storyline, too," Julianna added. "You also have to remember, there's difficulty. [Panjabi] was also doing another show, called 'The Fall.' I went along with whatever Robert asked me to do and I did it happily."

Archie clearly wasn't to thrilled Julianna was suggesting the awkward final episode was her fault -- tweeting out a link to the Vulture article and the message, "@TheFallTV was not even in production at that time and I was in New York ready to film the scene!"

This is the first time either of them have really addressed the feud and their differing versions of the truth are very telling.

We don't think we'll ever hear what actually happened here -- but it's definitely not as clean as Margulies wants us all to believe, right?