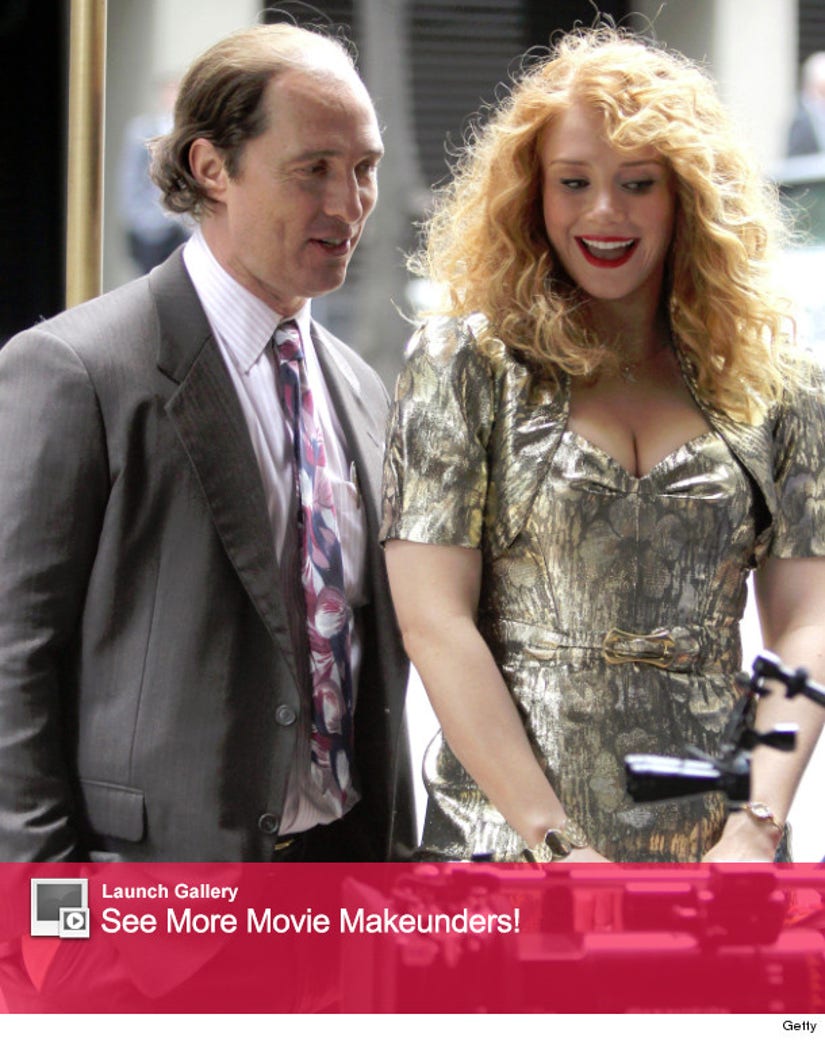 Is that you, Matthew McConaughey?!

The Oscar-winning actor looked a far cry from his normal self while filming his new movie "Gold" with Bryce Dallas Howard in New York City on Sunday.

Sporting balding blonde tresses, a few extra pounds and a cheap gray suit, Matt looked nearly unrecognizable as he was pictured on the set with Bryce.

The "Jurassic World" star had an interesting getup, too. Dallas looked like a different person in her metallic gold snakeskin-printed dress. The 34-year-old likewise traded in her signature red locks for curly strawberry-blonde tresses.

The dramatic movie -- directed by "Traffic's" Stephen Gaghan -- follows the story of an unlikely pair who travel to the Indonesian jungle in search of gold.

This isn't the first time Matt has totally transformed his look for a role, though. McConaughey dropped a whopping 47 lbs to play Ron Woodroff in "Dallas Buyers Club" back in 2013.

We're excited to see the actor back on the big screen -- what do you think about his movie makeunder? Sound off below and check out the gallery above to see more stars who've drastically changed their looks for a movie!