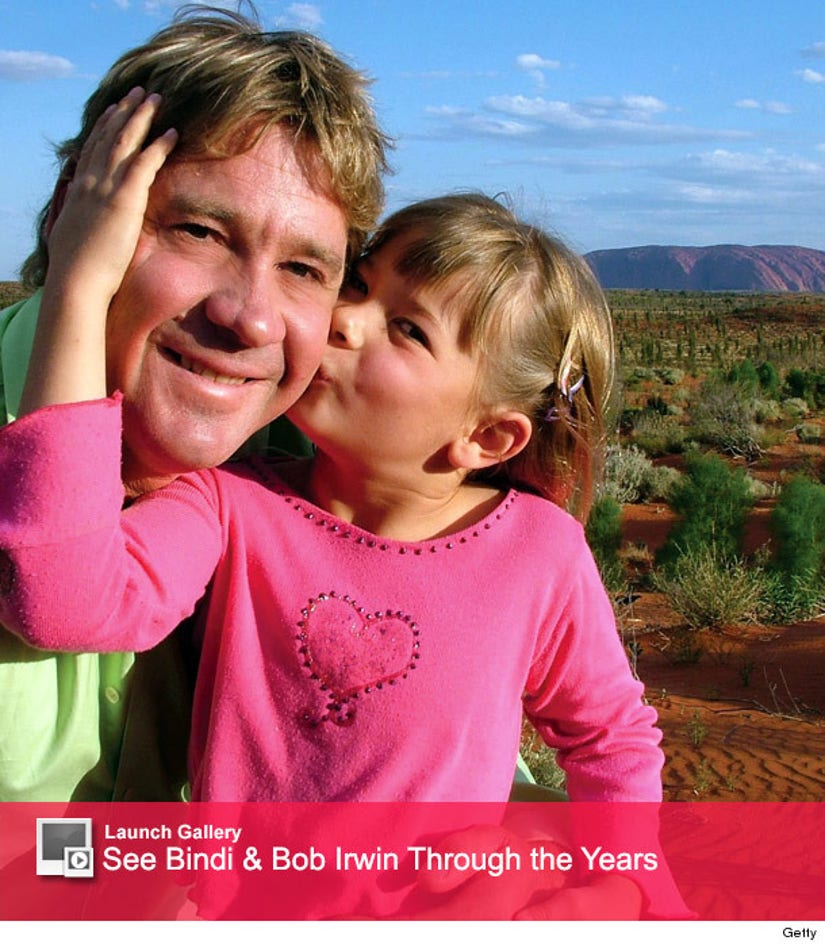 Bindi Irwin's "Most Memorable Year" was the year she lost her father, Crocodile Hunter Steve Irwin -- and last night, she dedicated her "Dancing with the Stars" performance to him.

It was an incredibly emotional week for the teen, who was seen bursting into tears during rehearsals as she was flooded with memories of her dad.

"What shaped me the most would probably be when my dad passed away," she was seen telling partner Derek Hough. "It's been 9 years and I never really dwelled on that point when he did pass away, I think that I'm ready to tell that story."

"I remember being little and going, 'The one thing I wanna do is be just like dad when I grow up' and I still feel like that," she added.

"It took a really long time to understand what actually happened," she continued. "For the rest of my life, I feel like he's going to come home."

Bindi was overcome with emotion when Derek held onto her finger -- something her father used to do when he was teaching her how to walk. Irwin couldn't hold back the tears as she buried her head in Hough's chest.

"No matter where I am, dad will always be with me," she said at the end of her intro package. "His spirit lives on. I wish he could fully understand how much he's done for me and that I miss him."

The duo won the season's first perfect 10 score from Bruno Tonioli, getting a 28/30 for their contemporary dance set to "Every Breath You Take."

Bindi's mother Terri and younger brother Bob were spotted in the audience, Bob appearing to wipe a tear from his eye as he cheered on his sister.

Watch the full performance above.