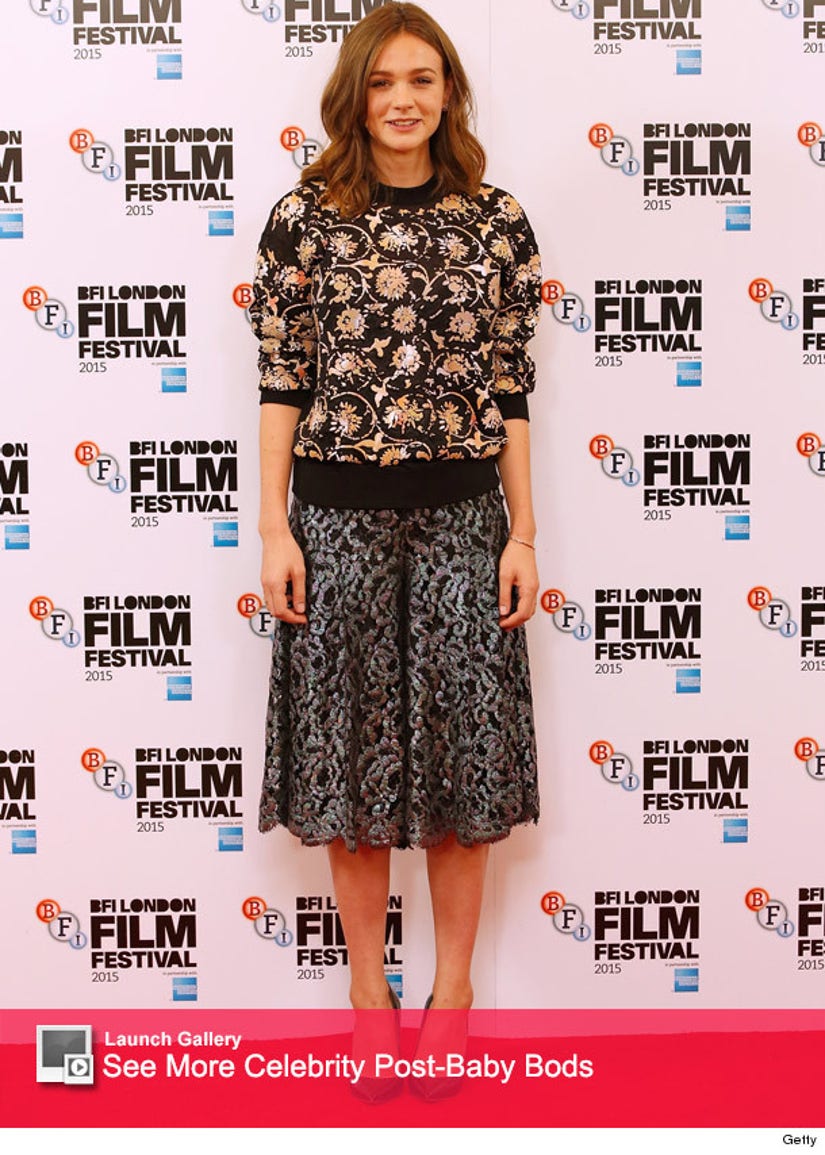 Carey Mulligan pulled a fast one on us!

The actress hit the red carpet on Wednesday at the British Film Institute's London Film Festival, where she debuted her post-baby bod for the first time.

Sporting an embroidered midi skirt with a patterned sweater, the 30-year-old star looked chic as she posed for pictures at her "Suffragette" screening.

The notoriously-private star recently welcomed her first child with husband Marcus Mumford, but we're still not sure of the date.

"Carey has given birth to a healthy and happy baby," E! News reported. "She is just enjoying this time with her family and close friends."

While the new mom never confirmed her pregnancy, she did admit that having kids was a top priority. "I've always wanted to be a mother," she told Elle UK ﻿in the November issue. "I love what I do, but I'm excited for this next phase of my life."

Carey and Marcus were previously childhood pen pals before their friendship turned romantic in 2011. The couple tied the knot in secret ceremony in Somerset, England in April 2012.