What happens when NSYNC's Joey Fatone, 90-Degrees' Jeff Timmons, O-Town's Erik Michael Estrada and Backstreet Boys' AJ Mclean get together? They reminisce about their boy band past, of course!

The teen idols all stopped by "Dancing With the Stars" this week, where they shared some fun facts that '90s music fanatics might not know.

The guys fielded questions from fans, including one about how each of their bands got their names.

"Our name is the last letters of our first names," Fatone explained. "We used to call Lance 'Lanston.' So, Justin for the 'n,' Chris for the 's,' Joey for the 'y' and so on." 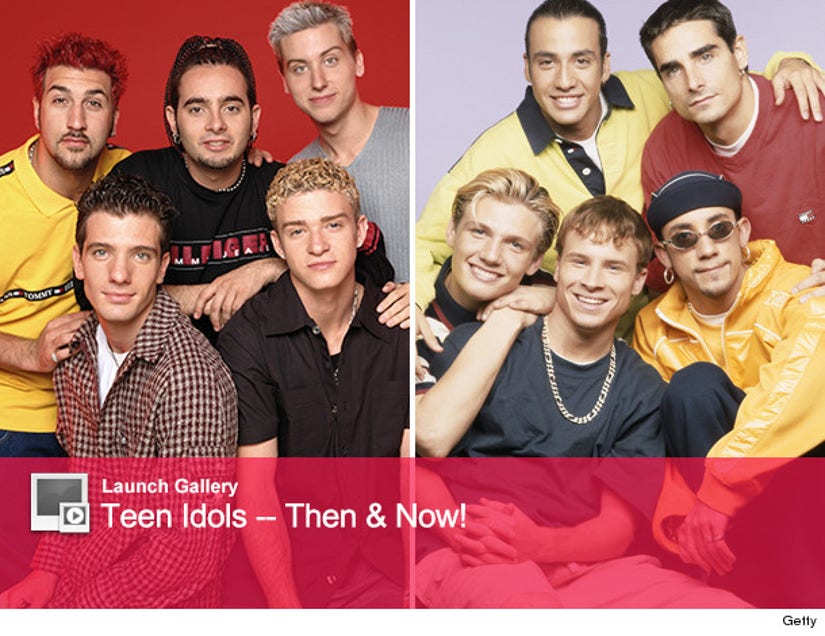 "We were shooting the 'Making the Band' show in Orlando. They didn't have a name for it yet -- everyone's nickname for Orlando was 'O-Town,' so they called it 'The O-Town Project,'" Estrada said. "The first show we had at House of Blues, the fans were yelling, 'O-Town, O-Town, O-Town.' We looked at each other and said, 'I guess that's our name.'"

98-Degrees had the most random story about their name, with Timmons admitting it was his manager's girlfriend's idea!

"Originally, we couldn't come up with a name. We were called 'Just Us,' 'Verse 4,' and none of those stuck with the label," Jeff revealed. "Our manager's girlfriend, who was really hot, she said '98-Degrees.' We were like, 'Done!'"

As for the Backstreet Boys, "there used to be the Backstreet Market -- it was this place where all the teens would hang out, party and tailgate," McLean said. "That's where Backstreet came from." 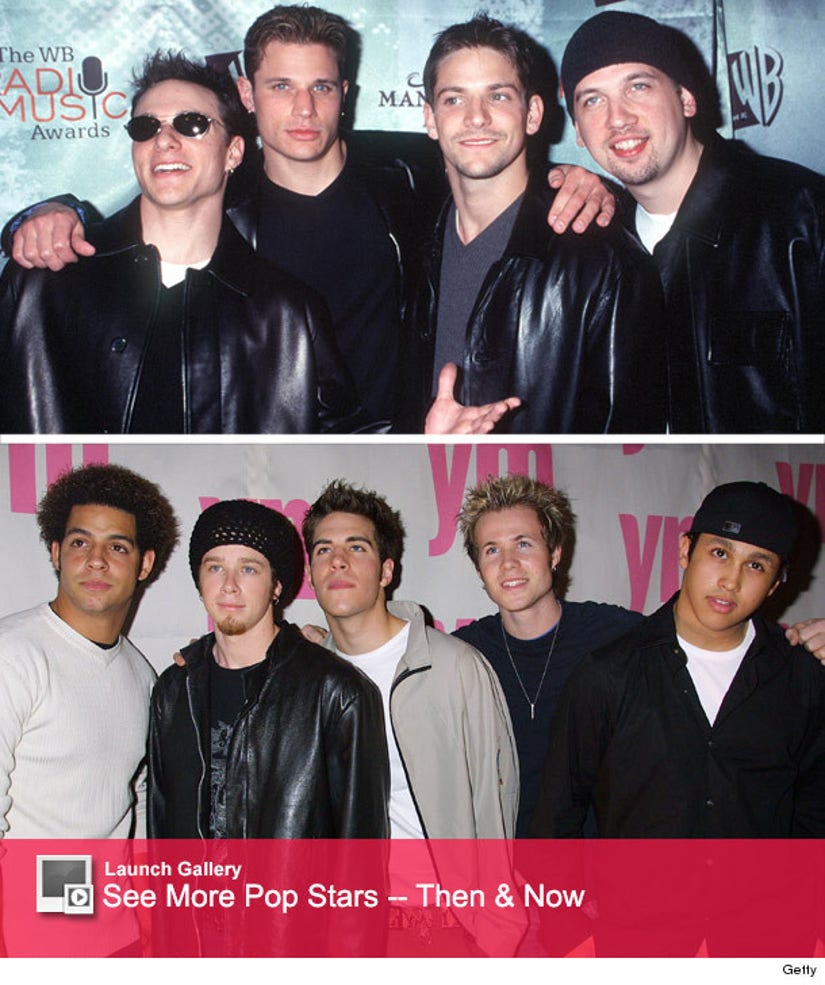 The boys also talked about their "TRL" days, joking that MTV was sending them a clear message by "retiring" each of the bands.

"We were the first ones to start that whole retirement," AJ said. "I think that was MTV's way of saying, 'We're done with you.'"

"For me, it was exciting when we shut down Times Square," Fatone added. "The cops and everybody were like, 'We can't do this anymore.' They shut it down."

"Our band came in after all of you guys -- just to be considered in the same breath as you and being part of that 'TRL' retirement crew, it's just awesome," Erik gushed.

Check out the clip above to hear more from the guys about their boy band past, and find out who their favorite girl groups are!