First Bill Clinton was president, now Hillary Clinton's up for the job -- but will Chelsea Clinton follow in her parents' footsteps?

On her first appearance on "The Ellen DeGeneres Show," Chelsea reveals why she thinks her mom should be Commander-in-chief, and opens up about potentially starting her own political career.

"I feel so strongly about my mom," Chelsea says on Thursday's show. "I didn't know that I could love and admire and respect my mom any more until I became a mom, and I couldn't believe any more in her as the right leader for the country I want my daughter to grow up in."

Clinton stands behind her mother, more strongly now than ever, because "she has been working to ensure that every woman should get the chance to grow up to be you or to grow up and be the next Hillary Clinton. Every little girl should have the opportunity to pursue her dreams." 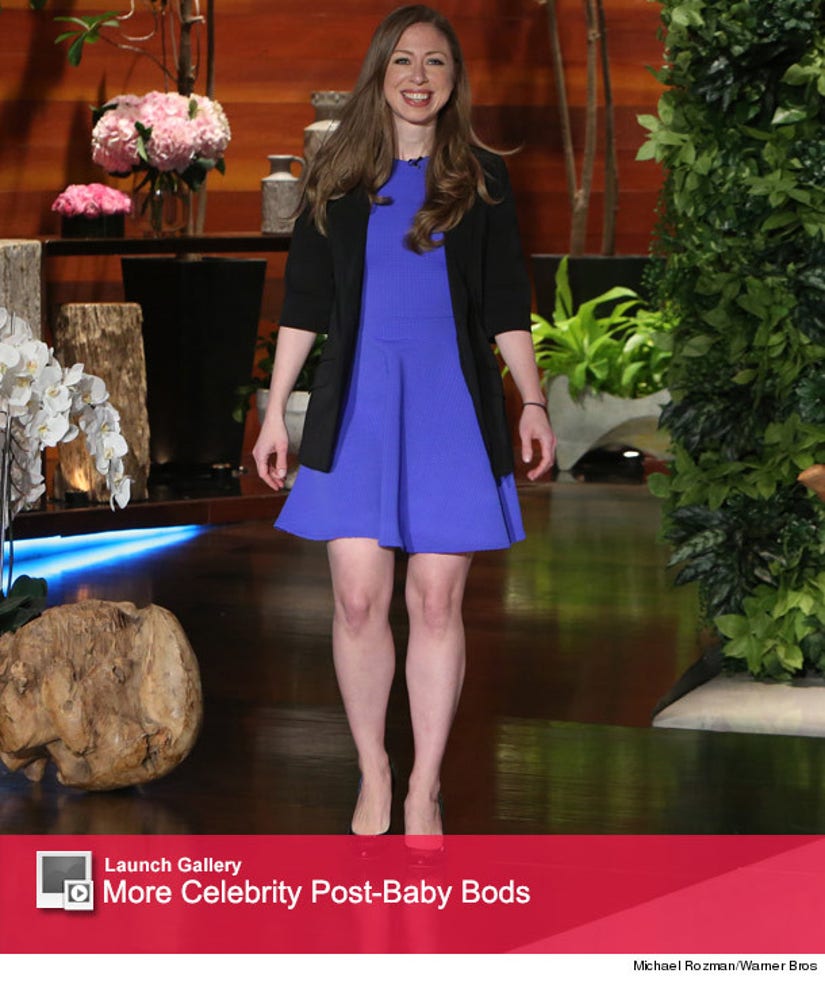 But when it comes to her own aspirations, will the 35-year-old follow in her politician parents' footsteps?

"Well, I don't know," she reveals in the clip. "The first time that someone asked me whether I would have a political career, I think I was about three. And I think I said, 'Ma'am, I'm three.'"

"Now that I'm at a different point in my life, I do believe there are many ways to serve," the new mother admits. But, as for as career in politics goes, the future is still unknown.

Chelsea's also excited that America's finally seeing the funnier and lighter side of her mother, who recently appeared on "Saturday Night Live" last week.

"I think my mom is really funny. And I'm grateful that America is seeing more of that" Chelsea says, confessing that she "won the mom jackpot."

Do you think Chelsea's destined for politics? Sound off below and check out the clip above to see more from her sit-down with Ellen!