Looks like things are getting serious between Kris Jenner and Corey Gamble!

The momager's relationship with the 34-year-old seems to be heating up -- but on the Season 10 finale of "Keeping Up With The Kardashians," she admits she's nervous about how her kids will react to her beau's increased presence.

In a clip from next Sunday's episode, the pair make their way over to Kylie Jenner's new house. While the 59-year-old is excited to see her kids, she reveals she's unsure how they'll feel about Corey.

"Corey is such a great guy and the kids really like him a lot," she says in a confessional. "But I'm a little nervous to see their reaction when they see Corey's with me." 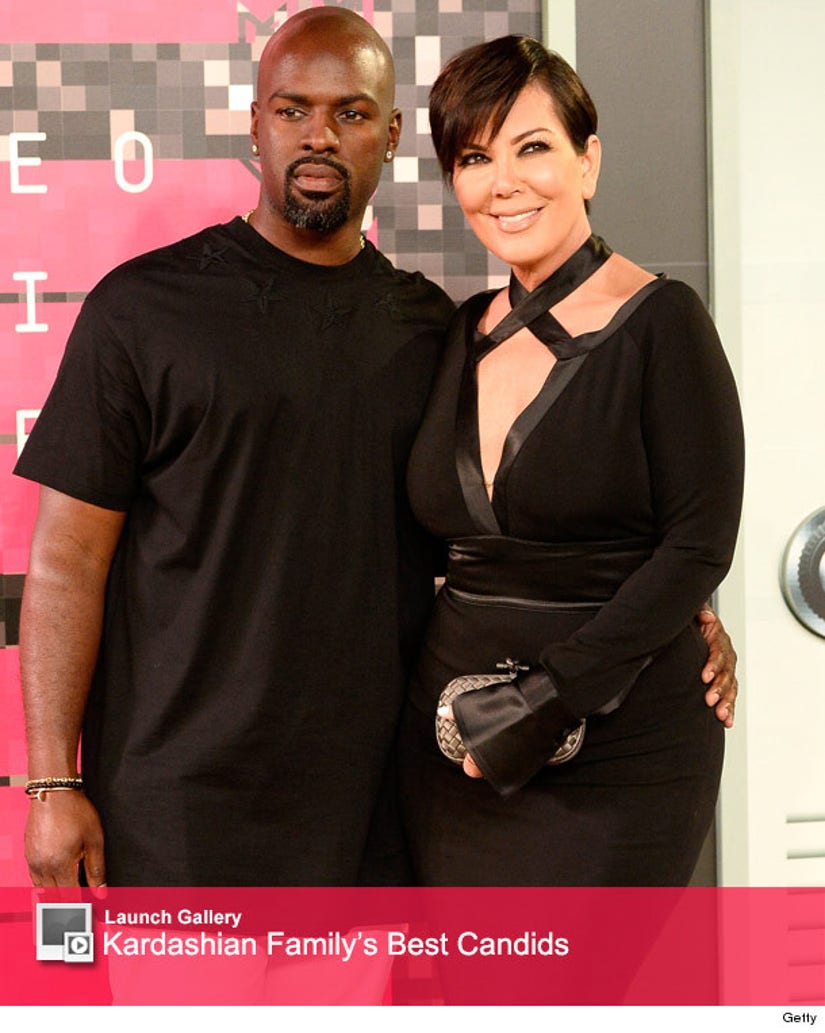 "Everyone can yell at me at the same time and we'll just get it over with in one fell swoop," she laughs to her boyfriend. "And then I can go home and have a vodka!"

While Corey gets closer to the mom-of-six, her kids are still unsure about the new man in her life, especially daughter Khloe Kardashian. The 31-year-old and her best friend Malika decide to sit down with the businessman to see exactly what his intentions are.

"You and I are basically the same age. Have you always been attracted to older woman?" Malika asks. "Since I used to hit on my second grade teacher," Corey laughs. "But it's not even an age factor it's just a connection."

The pair continue to grill Kris' boyfriend, asking him if he wants to get married or have kids. Corey, who's been dating the star for almost a year now, admits he's happy with the relationship they have.

"If I don't have kids and the love is still strong and we've got the friendship, like the current situation I'm in, then I'm cool with that," he reveals.

But that's not all Khloe asks her mom's boyfriend during the episode! Watch the clip above to see what he said about meeting Kris for the first time.