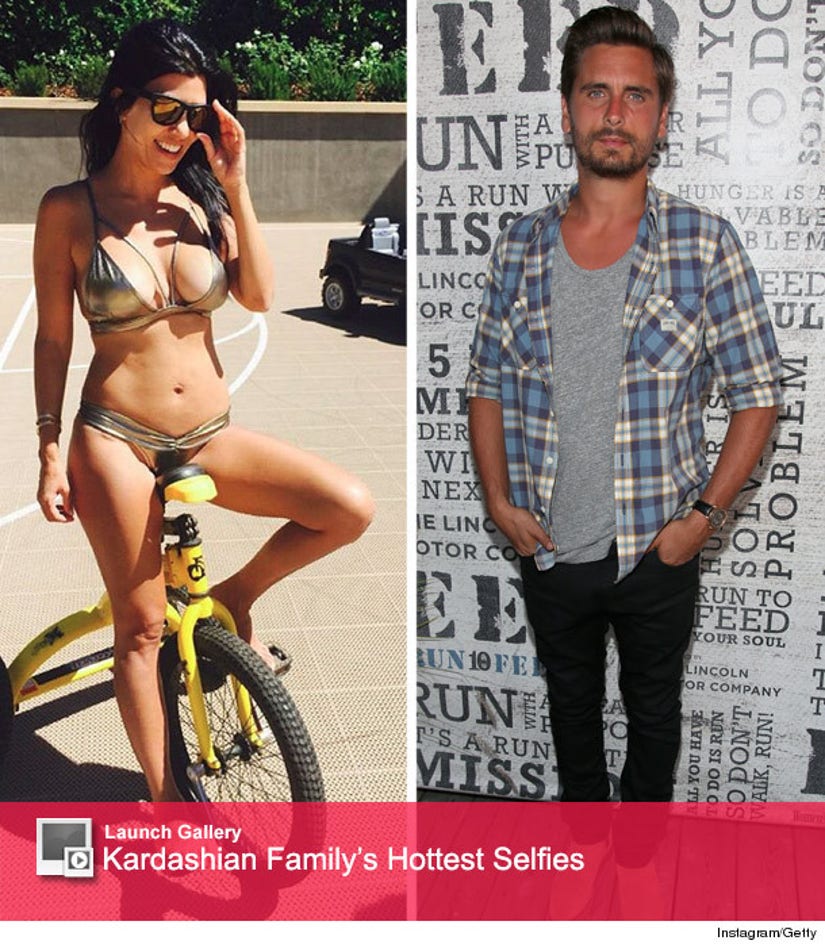 Though the two are very much estranged right now -- with Scott galavanting all over NYC and Miami with an 18-year-old hottie -- Disick just took to Instagram to let his ex know he still loves seeing her naked.

Scott Disick's Teen Sidekick Revealed -- Who Is the 18 Year Old?

The 32-year-old reality star just re-posted a pic his ex just shot for Vanity Fair, showing Kourtney laying on the ground in the buff, her booty facing the camera.

Check out the pic over at the magazine's website.

The commenters are going crazy on his page right now, many of them asking if the two are back together again ... and others calling him "pathetic" and "disrespectful" for sharing the shot.

The stunning photo, shot by Brian Bowen Smith, was printed on metallic paper and is supposed to emphasize the "tantalizing textures of skin." The series will be on display at the De Re Gallery in Los Angeles from October 22 to November 19.

Click Here for More of the Latest Drama from the Kardashians

What do you think Scott's intention was posting this scandalous shot -- is he missing his ex or just looking to stir the pot?

The former couple's relationship will be front and center on this week's "Keeping Up with the Kardashians" -- with Kris telling her daughter she hopes Scott ends up in jail.