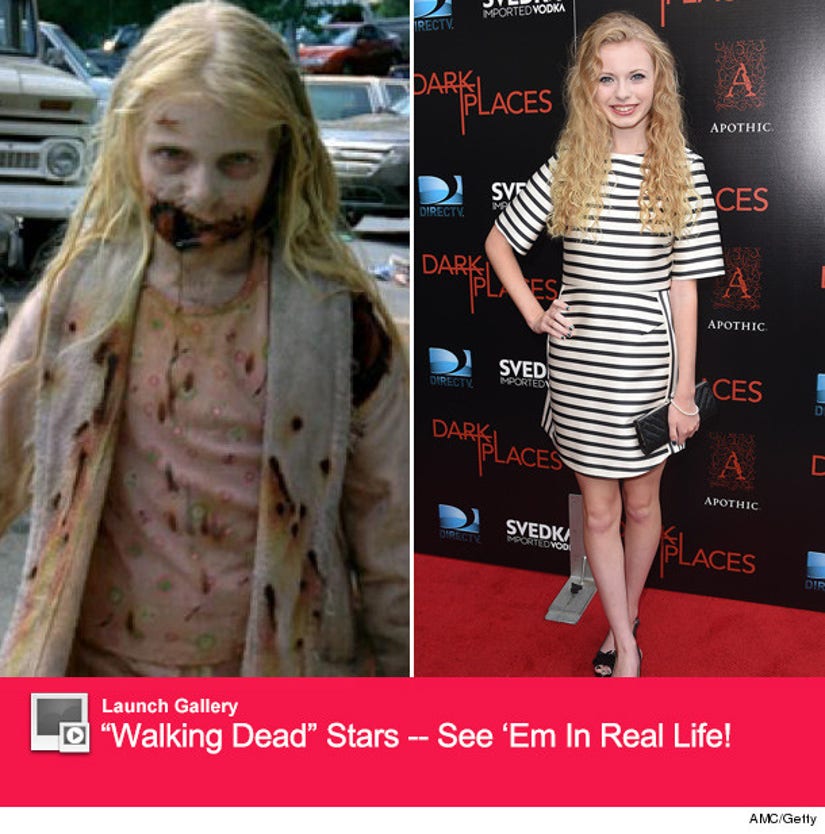 Hard to believe it's already been five years since Rick Grimes killed his first walker on "The Walking Dead" -- and wow, has that little girl sprouted up in the years since.

Addy Miller played the little girl zombie from the pilot episode of the now-incredibly popular series, which aired on Halloween in 2010.

Dressed in pajamas, clutching her teddy bear and missing half of her face, she was the first undead human we saw Andrew Lincoln's character shoot -- and, while it's become routine for the show five seasons in, it was quite the shock for the series' first few minutes. 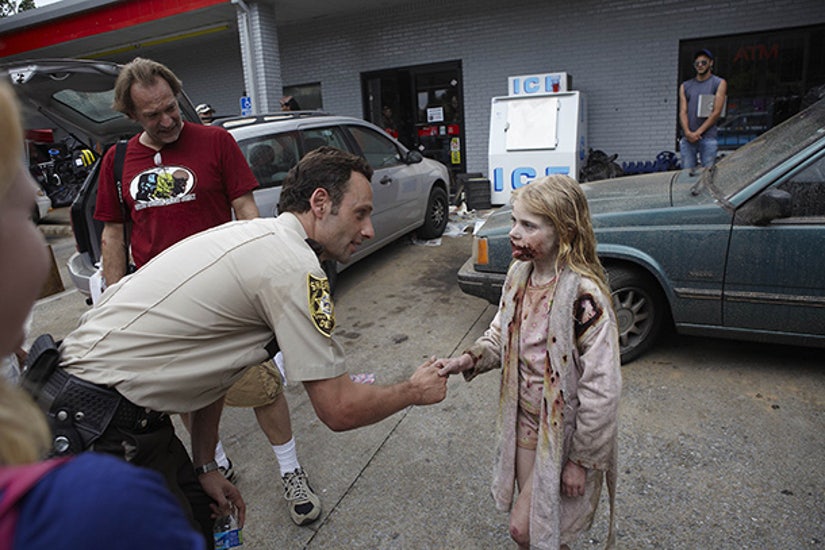 Since her brief, but memorable, appearance on the series, Miller has gone on to attend numerous fan conventions for the AMC series -- as well as work on films like "Dark Places" with Charlize Theron and, yes, even attended her prom.

That's Addy earlier this year in the photo above, when she attended the premiere of "Dark Places" in Los Angeles.

Huffington Post caught up with the now-15-year-old actress ahead of this Sunday's Season 6 premiere, where she reminisced about her time on the set.

"It was the time of my life. Getting shot by Andrew Lincoln was great," she tells the site. "I think being shot, it's like, 'Oh yeah, I survived my death. I have bragging rights then.'"

She also chatted about seeing her bloody, torn apart face for the first time.

"People thought it was gross on the show. Well, imagine seeing that in person. Like, all the detail," she says of Greg Nicotero's impressive work. "It was disgusting to look at. I would get nauseous when I looked at it in the mirror. I could barely recognize myself. It was insane."

She adds that she actually went out as her character for Halloween that year -- what a costume, right?!

Check out our full "Walking Dead" coverage right here -- and be sure to check out toofab.com on Sunday night for a full recap of the season premiere, with star Josh McDermitt (aka mullet master Eugene) answering our lingering questions.