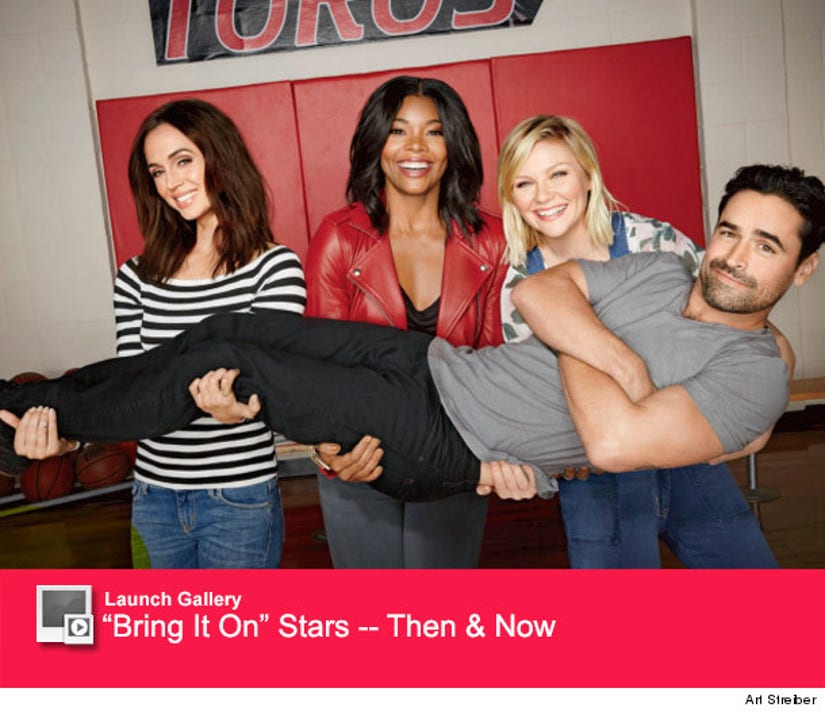 There was a lot of action that went on behind the scenes of "Bring It On."

Kirsten Dunst, Eliza Dushku, Gabrielle Union and Jesse Bradford appear in the new Reunions Issue of Entertainment Weekly, where they get candid about what really went down while filming the cheer classic.

From the off-set parties, to hookups and that one time they maybe got arrested in Mexico -- we're getting major "Bring It On" dirt 15 years later.

Resident hottie, Cliff Pantone (played by Bradford) had an on-screen relationship with Kirsten's character (Torrance Shipman) in the flick ... but did he get any action off-screen with Dunst or his other co-stars?

"Did we hook up? Well, there was certainly a degree to which, walking around that set, I felt like a very lucky guy and got to meet a lot of very pretty girls who were interested in talking to me," Jesse told EW. 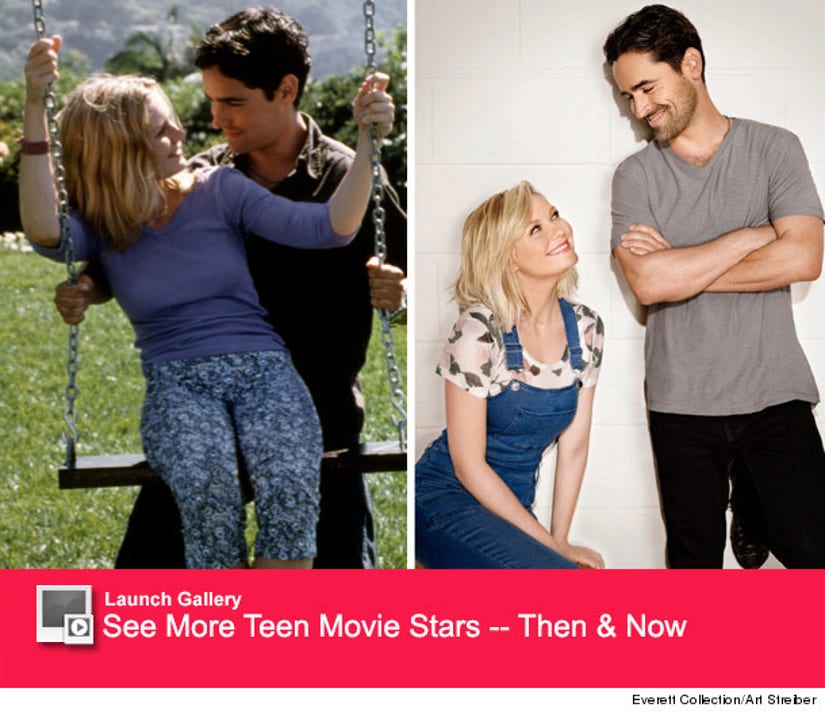 The tight-knit cast says they did attend countless parties together during filming, so we're guessing something probably could have happened then ... or when the group spent one wild weekend in Mexico!

"We were really close to Tijuana, we were away from home, we had money — you know, at the time, a $100 per diem is quite a bit," Union explained.

"I would love to set the record straight about that, if you want the truth — or maybe the truth with some omissions," Jessie said about rumors of the group's arrest across the boarder.

"First of all, it was Rosarito, not Tijuana. It was me, Eliza, Rini Bell, and this dude Lance, one of the male cheerleaders on the Toros," he continued. "I'm gonna blur the details of how and why, but needless to say, we got arrested. We had to go in front of a judge — I use that term loosely here — and explain what happened, and he let us go… They said that one of the producers, Max Wong, had to bail us out, but I don't think any of them knew what happened until well after the fact."

"Thank God for those little disposable cameras that nobody ever really developed, so we never ended up on TMZ," Dushku added.

Unfortunately, Kirsten -- who was the youngest star of the group -- didn't get to go, but she did have an awesome kid-friendly pool party!

"I had no idea everyone was out partying!" she said of their trip to Mexico. "I was just happy that it was the summer and I didn't have to do schoolwork. I had everyone over to my house and had a pool party once, but my mom was there."

"She was a precocious teenager, Kirsten, so she was pretty on it and had a good time keeping up. Even though we were a bit older, she got the humor and madness," Dushku said of working with Dunst.

Each of the stars say that people still come up and ask them to recite those memorable cheers, too.

"People want me to do the cheers with them… And 'I'll get the door, Tor' — that's one of my friends' favorites," Kirsten confessed.

"When I lived in L.A., wonderful, enthusiastic gay men would come up to me and reenact cheers. Like 'That's all right, that's okay, you're gonna pump our gas one day!'" Dushku revealed.

We love seeing this group together again! What think about their candid comments? Sound off below and check out the gallery above to see the rest of the "Bring It On" cast today!