This might be the slowest car chase we've ever seen.

Keanu Reeves appeared in a pre-taped skit for "Jimmy Kimmel Live" on Thursday, where Reeves and Jimmy spoofed the actor's famous flick "Speed" for a new, anticlimatic car chase movie.

Check out the video above to see the duo's trailer for "A Reasonable Speed."

In the clip, the 47-year-old is ambushed by a tattoo-covered Kimmel, who steals his suitcase before escaping to a sports car. Reeves follows the comedian, and gets in his own car to cautiously chase the late night host down.

"The only rules, are the rules of the road," a voiceover says in the faux-trailer. "The first movie ever produced by the California Highway Patrol."

During the car chase, both stars abide by California safety laws ... stopping at lights and maintaining reasonable speeds.

Keanu played cop Jack Traven in 1994's "Speed," where he took control of a bus with a bomb on it, and had to maintain a certain speed in order to protect those aboard. Sandra Bullock, Jeff Daniels and Denis Hopper starred alongside the actor in the crime thriller.

What do you think about Keanu's "Speed" spoof? Sound off below and check out the gallery to see more men of the '90s then and now! 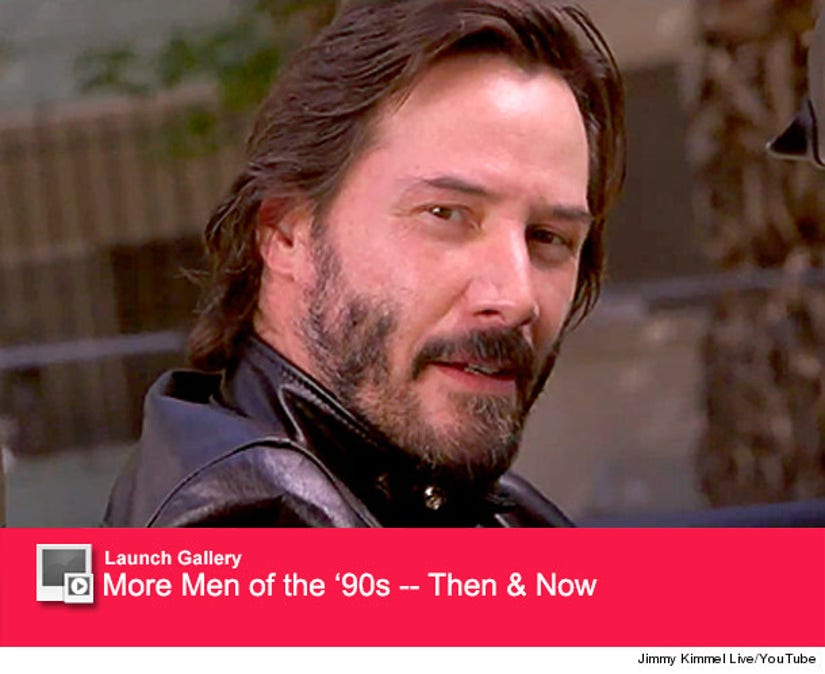