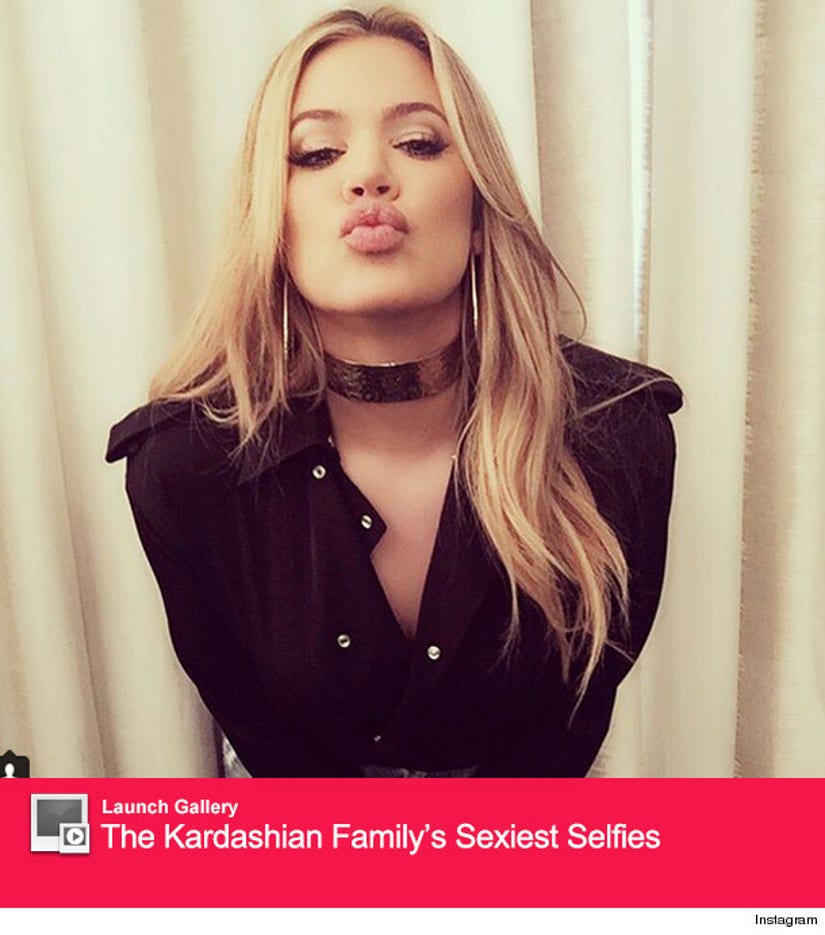 For Khloe Kardashian, there's no such thing as TMI.

The reality TV star took to her app today to spill the dirty details on her and her sisters' grooming habits ... and yes, we mean down there.

First, she opened up with how she likes to keep things tame.

"You guys know I'm not gonna beat around the bush (no pun intended), so let's get straight to it: I'm all about the landing strip," she reveals. "I like to be clean; I like to be manicured. When there's nothing there, it's weird, in my opinion — especially when you have tits and an ass. It just freaks me out a little bit."

The then says sister Kim Kardashian is one of those "weird" people.

"I know Kim is completely bare, and now she says she wishes she still had a lil' somethin' going on but she lasered it all off," Khloe continues. "But I like that if I ever want to go bare, I can just shave it and change my mind later."

Kim admitted to Allure in 2010 that she's "obsessed with laser hair removal" -- telling the mag she's done it on her arms, legs, underarms and bikini area. "My entire body is hairless," she said.

While Kendall and Kylie were spared the over-share, Khloe put Kourtney on the spot too.

"I always think of Kourt as large and in charge with a full '70s-style bush — it just matches her personality. Lol, very boho chic," Khlo jokes. "She swears that's just a joke and has a landing strip … sometimes."

And now you know. Thanks?