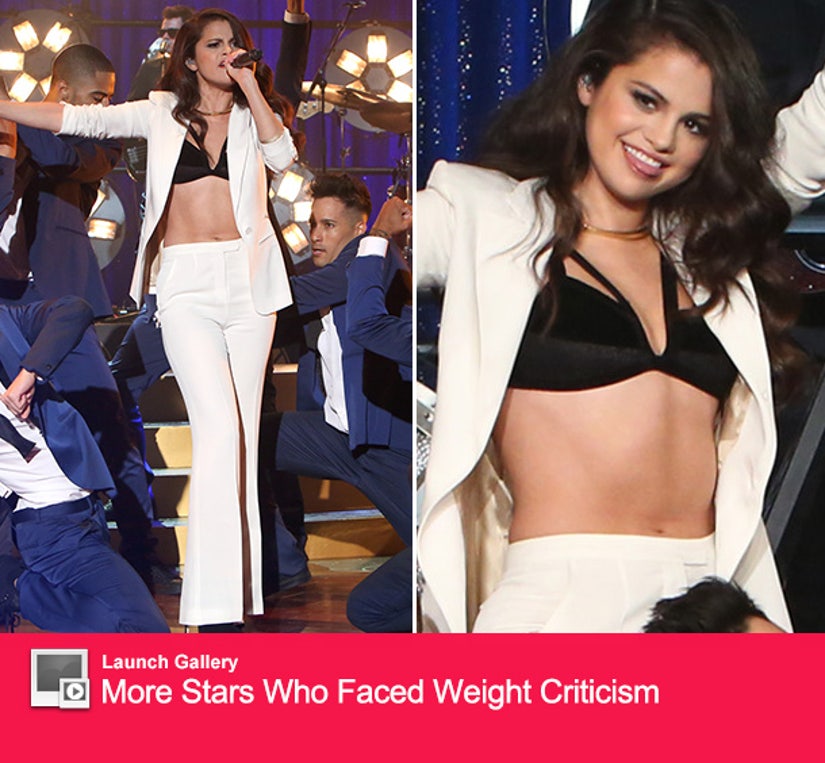 Selena Gomez ﻿is on the mend!

On Friday, the "Same Old Love" singer stops by "The Ellen DeGeneres Show," where she gets even more candid about suffering from lupus and opens up about the body shaming she faced earlier this year.

The star made headlines earlier this week for her candid new interview with Billboard magazine, revealing that she suffers from the autoimmune disease. The 23-year-old took a break from music to undergo chemotherapy and said she initially found out about her disorder three years ago.

"I think it was just very complicated because I didn't understand and then that was something that I did want to keep private until my whole life suddenly wasn't private," she told Ellen. "So it was my moment. I'm really honestly able to relate to people and I get it," she adds.

She admits that she's doing much better now, although certain tabloid reports would have you believe otherwise.

Back in April, photos surfaced of the star on vacation in Mexico -- and while Selena looked healthy and happy, some body shamers criticized her curves and claimed she was "a mess."

"It was weird because it's not just 'Oh, she's fat'. It's like 'She's a mess. She's gone off the deep end,'" she explained. "I'm like, Because I'm on a vacation wearing a bathing suit?' Actually, technically that is a little too small for me, but I didn't care."

Following the criticism, the former Disney star took the issue into her own hands and responded to her haters with a photo showing that she's happy and confident.

"Look, I don't what them to win. It's so annoying when I see it all over the place and everybody thinks they can bring me down," she admits. "So my immediate response was I'm gonna post a picture and I'm like 'I'm happy with me ya'll' and that was gonna be the story the next day. I wasn't gonna let that be the story. That wasn't the story."

She later performed her new single "Same Old Love," where she flaunted her killer stomach in a white pant suit and bra.

Watch the clip above to see what the star said about her dating life and also what she revealed are the essentials of being in Taylor Swift's squad!