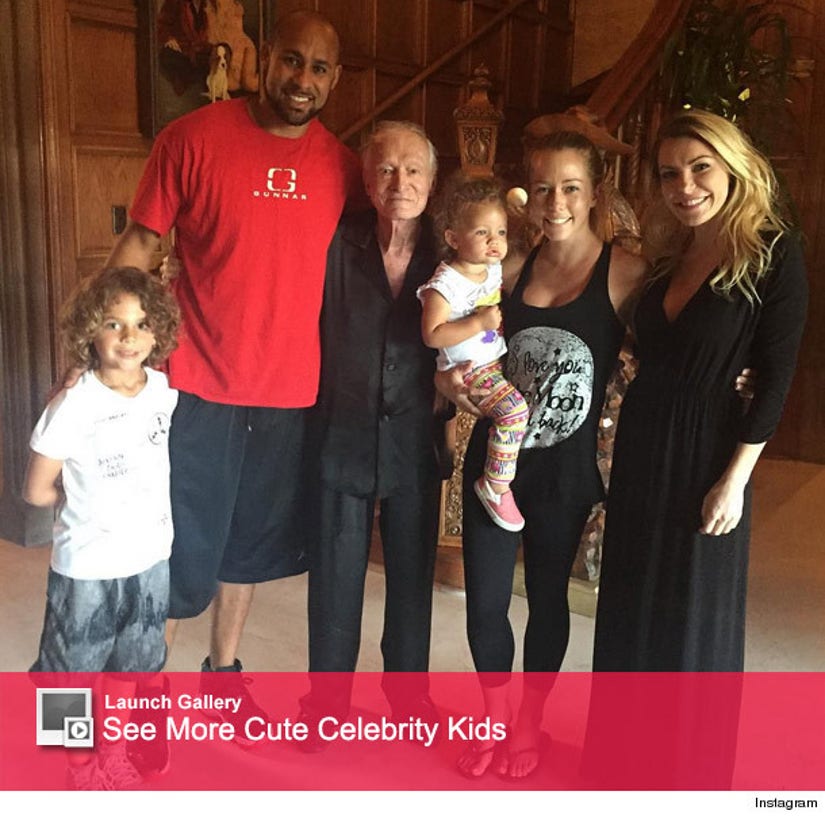 Kendra Wilkinson brought her husband, Hank Baskett, and their kids, Hank Jr. and Alijah, to the Playboy Mansion over the weekend, where the family posed for pictures with Kendra's ex-boyfriend, Hugh Hefner, and his wife, Crystal.

"We went up to the mansion tonight to visit Hef and Crystal," she captioned the group shot on Instagram. "Was an amazing night catching up with everyone. #oldstompinggrounds #family."

While it's been several years since Kendra lived in the Mansion and was considered Hef's girlfriend, the reality star has stayed close with the magazine mogul.

She even came to his defense after fellow "Girls Next Door" star Holly Madison trashed him in her memoir. 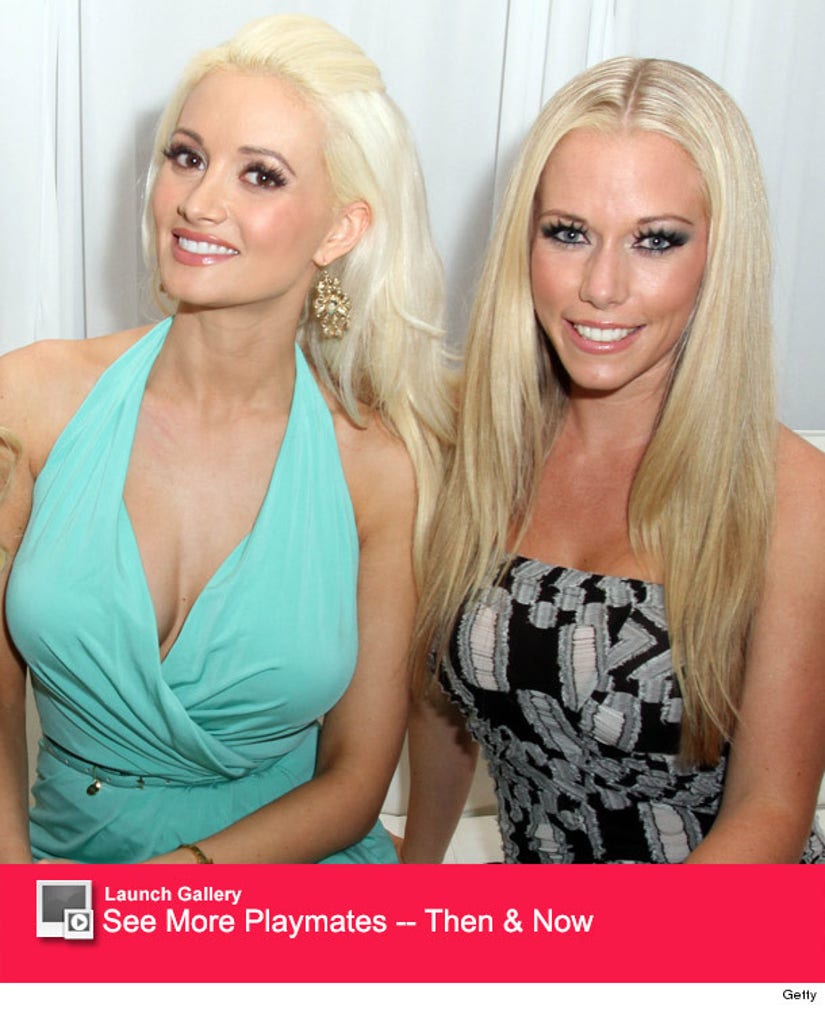 "My perception was that she acted like a First Lady," Wilkinson told People of Madison, who was considered Hefner's main girlfriend. "You know, she had to play a part, play a role every day being there. Like, 'I have to be this in order to get this.'"

The "Kendra On Top" star also didn't hold back about her theories about Madison. "Holly, you can tell, had this ulterior motive every minute being at the Mansion, and that motive was—it was clear as day—she wanted Hef's kids, she wanted a piece of Playboy and she wanted to marry Hef for, obviously, his will."

"That didn't happen. So what do you think's going to happen? Revenge," Kendra declared. "So we're witnessing some revenge here."