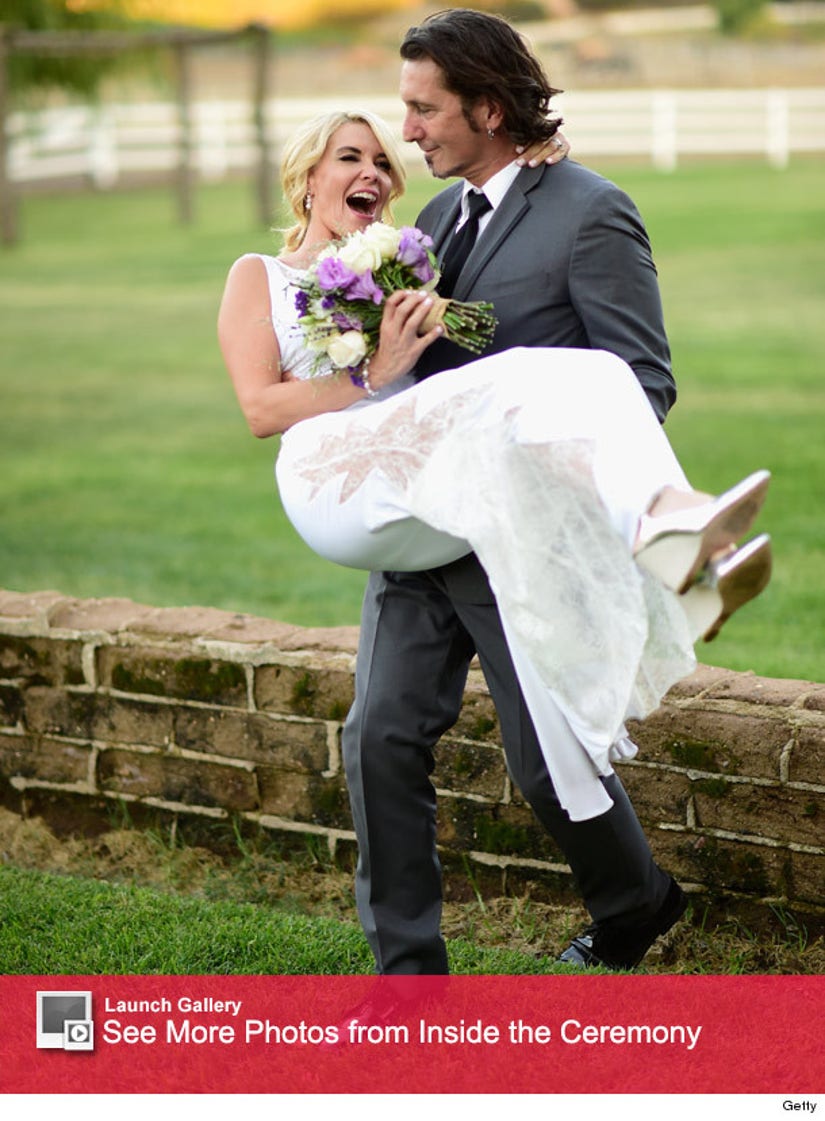 It's a couple made in "Face Off" heaven!

Host of the SyFy series McKenzie Westmore and former judge Patrick Tatopoulos got married in Malibu, California over the weekend -- and we've got a ton of photos from their special day.

Westmore, who we'll always remember as Sheridan Crane on "Passions," and the special FX guru/director/production designer met on the reality TV series and got engaged in January 2014.

They said "I do" at Saddlerock Ranch Winery on Sunday, the bride stunning in a white gown with lace cutouts down the sides. 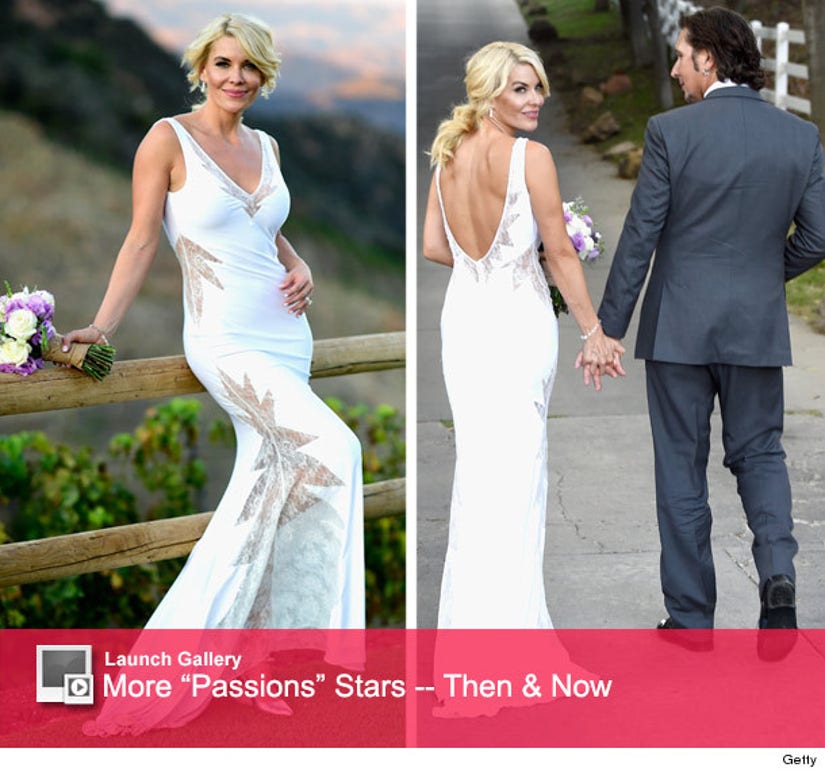 The wedding was originally supposed to happen months ago, but Tatopoulos got a VERY big job that forced the two to delay the ceremony.

"We were supposed to do it back in May, but we had to push because he was working on 'Batman v. Superman.' It's a good reason, I can't complain," Westmore told toofab back in July.

"It was tough trying to figure out flowers and colors. I'd ask, 'What do you think of this?' And he's like, 'I gotta run to set!' It was not working!"

Tatopoulos is doing production design for the highly-anticipated DC comics film ... and has worked on films like "Godzilla," "Underworld" and "Independence Day" in the past.

Congratulations to the happy couple -- see more photos from inside the wedding above!