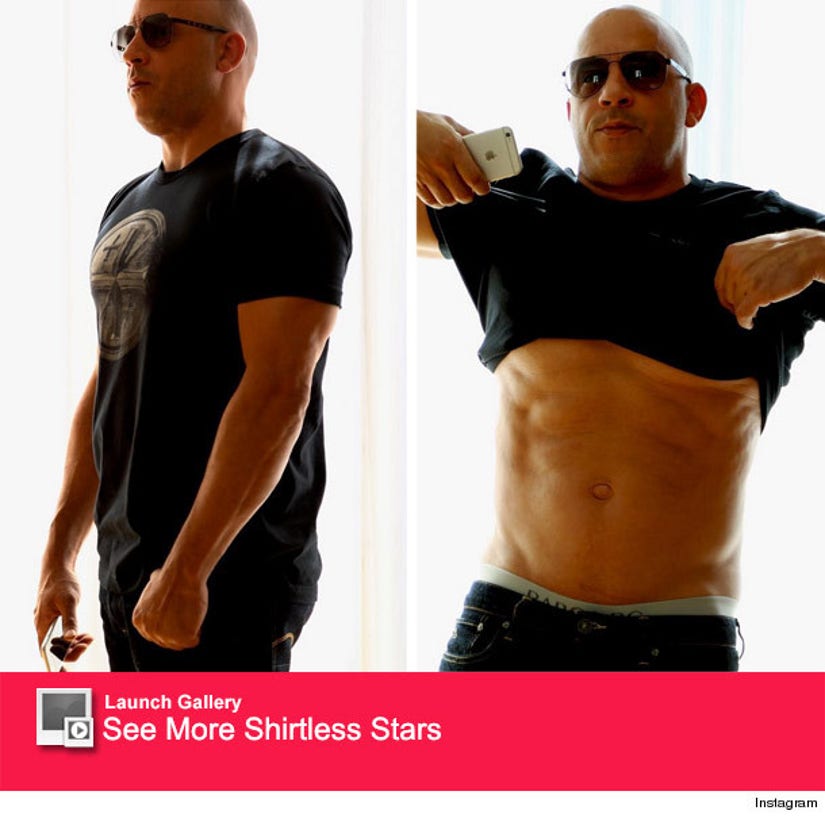 Vin Diesel took aim at body-shamers in the best way possible ... by showing off his amazing abs!

Last week, the "Furious 7" star created some bad buzz after he was photographed looking less buff than usual while hanging out in Miami.

The actor took on his haters directly, posting a shirtless picture of himself during a break from his "Last Witch Hunter" promo tour.

"It is amazing the response from the journalists who I have been talking to for the last two days in New York. Today one wanted to see the dad bod. Haha," he wrote in an Instagram caption over the weekend. "I am wondering if I should show the picture... Body-shaming is always wrong! What do you think?"

In a second shot, he lifted his shirt to reveal his rock-hard stomach. "The pic from yesterday... For those who wanted the show... For all the angels that love dad bod regardless..." he captioned the shirtless snap. "I will post an exclusive video on my Facebook when I am done with press today."

The actor hasn't shared the video with fans just yet, but check back with toofab later to see him in action!

What do you think of Vin's response? Sound off below!