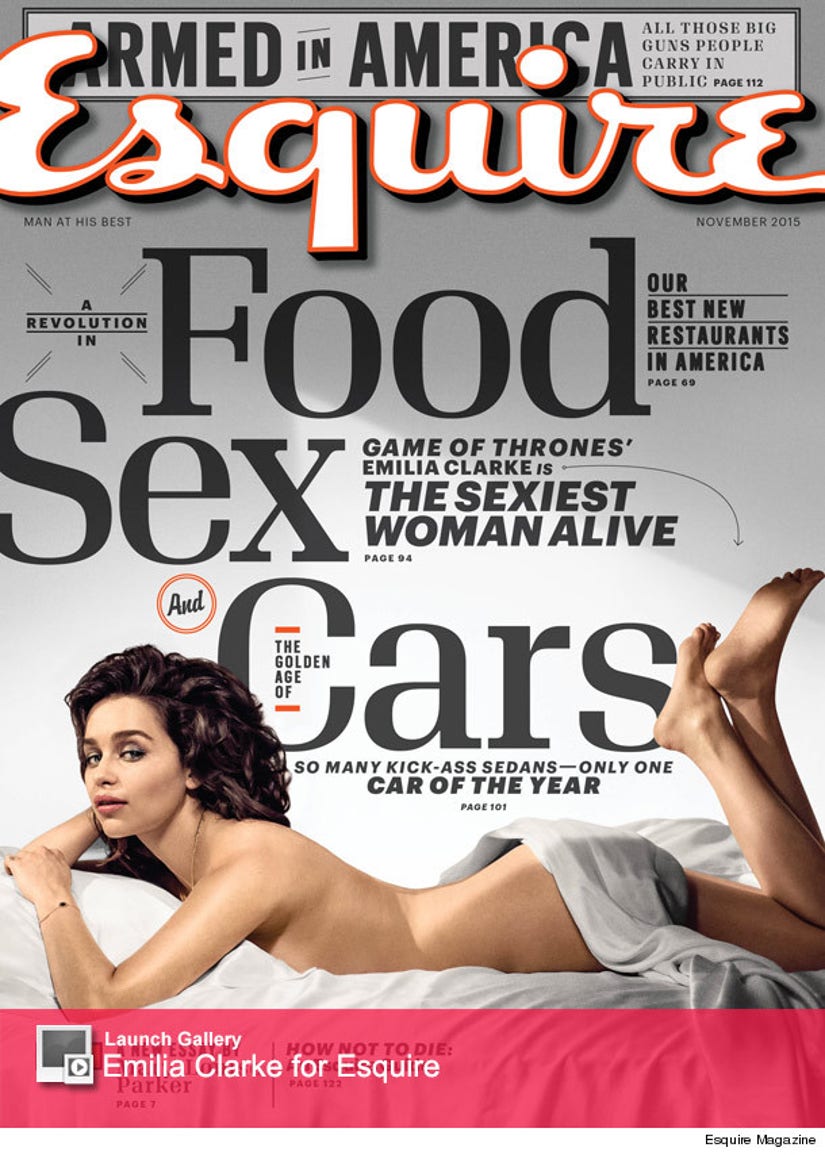 Emilia Clarke has nabbed Esquire's coveted title of Sexist Woman Alive -- and we can see why!

The "Game of Thrones" star shows some serious skin as she poses for the cover of the November issue with nothing but a sheet covering her booty.

The pictures inside the mag show the actress in a series of sultry shots, where she puts her derriere on full display as she is snapped in front of the mirror and in bed. Check out those shots in the gallery above. 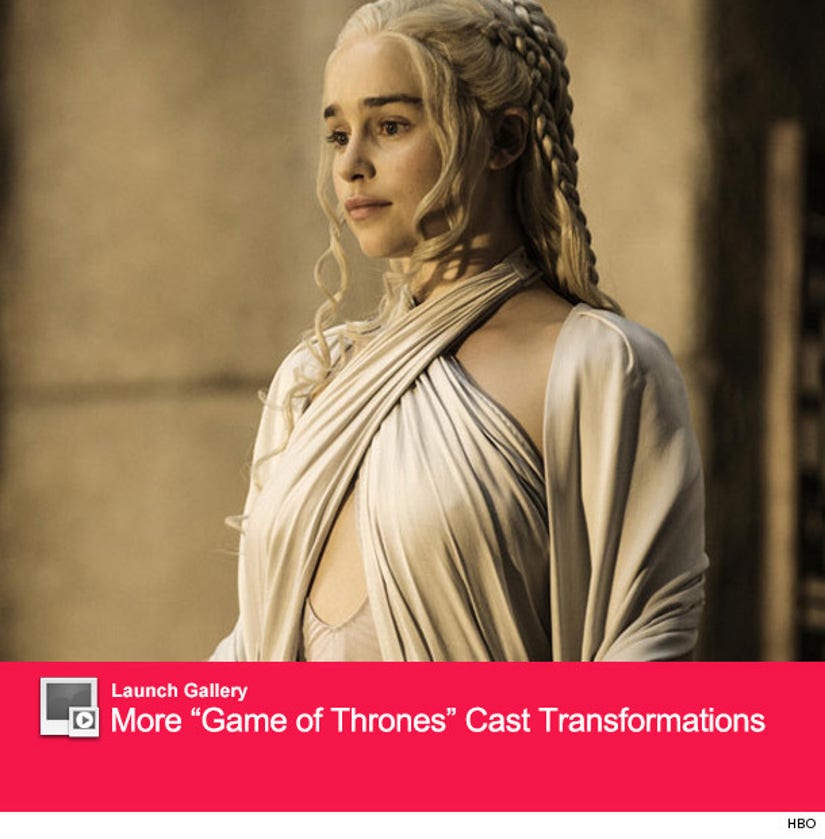 The 28-year-old beauty, who famously plays Daenerys Targaryen in the hit HBO series, tells the mag how she landed the coveted role.

"My agent told the casting director, 'I know that the breakdown for this character is tall and willowy and blonde. I know she's short and round and brown, but I'd like you to see her,'" she recalls. "I had two scenes which told me nothing and not very much time in which to read all those books. So I did what every good actor does and Wikipedia'd the living crap out of it."

While she may not have been totally prepared for the audition, she has quickly become a fan favorite.

"[They wanted] someone who could grow before your eyes in one season," she explains. "Who could gather strength and show vulnerability, they wanted the arc."

We have a feeling Emilia is just getting started!