This prank is getting personal!

In this exclusive clip from the upcoming episode of "Million Dollar Listing Los Angeles," Josh Altman covers Josh Flagg's car in plastic -- and the seemingly-harmless joke turns into a full fight.

"The saran wrap on the car is fine, but just get your bodies off it," Flagg tells Josh and his assistant. "I don't want to damage the value."

"Oh, I can afford it all right," Altman counters. "Also, I had that when I was 16," Flagg says, pointing to his competitor's black Porsche. 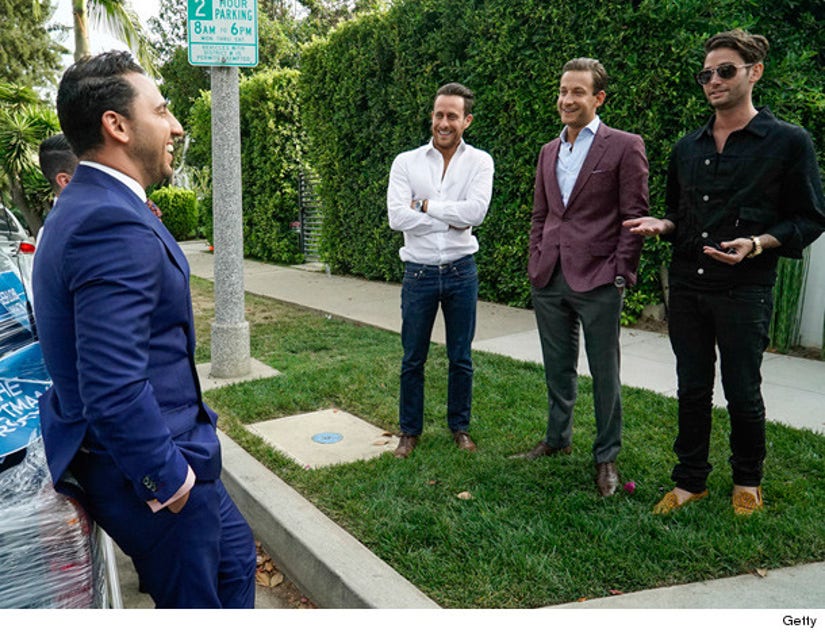 Altman goes on to explain how Josh has always knocked him for becoming successful on his own. "I worked my way up the ladder," he says in the confessional. "Meanwhile, in his life, everything was handed to him on a silver platter, including his clients."

Not only does he go after Flagg, but Josh also takes aim at James Harris and David Parnes for co-listing with his nemesis. That's when Flagg steps in and things take an ugly turn!

"Altman thinks he can push my buttons, but he can't," Flagg tells the camera. "I know where he comes from ... it's all loans. It's worse than a used-car salesman."

Check out the clip above to see them fight over who will get to $200M in sales first, and watch the video below to find out what Flagg told toofab about being the top-selling agent in Los Angeles!