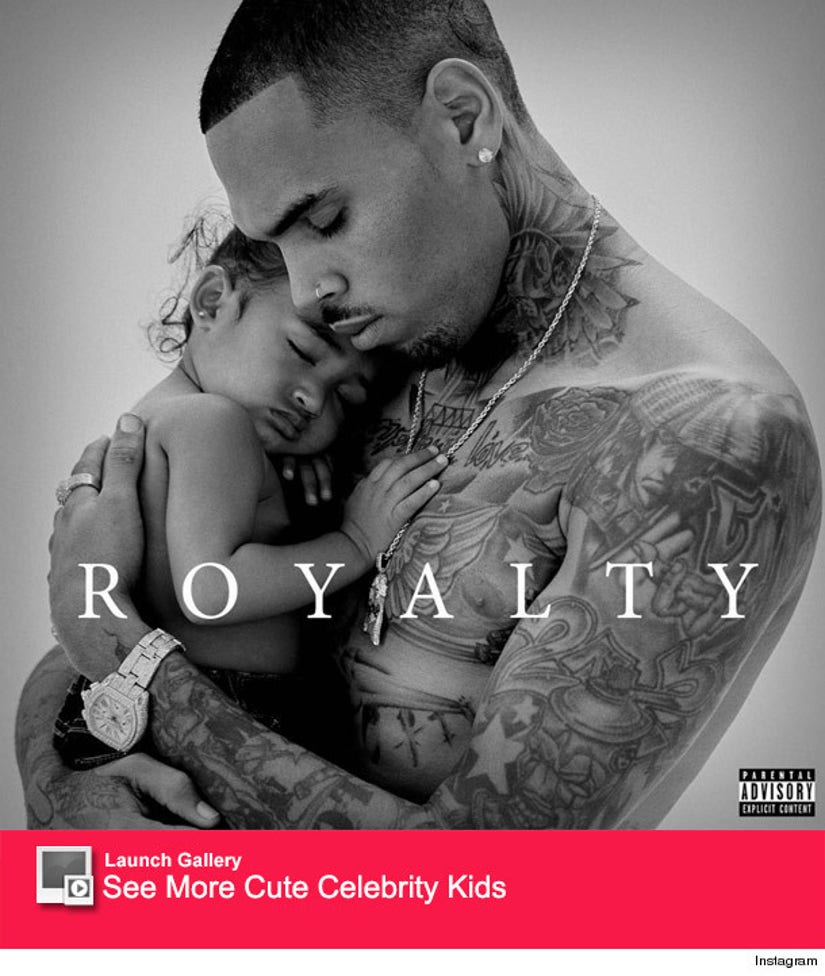 Chris Brown is a proud papa of one very cute kid.

The singer took to Instagram on Friday to unveil the artwork for his upcoming album -- and it features none other than his adorable daughter Royalty!

The black and white cover -- which takes its name after his 17-month-old little girl -- shows the "Turn Up The Music" performer holding the tiny tot as she cuddles up to her dad.

The 26-year-old only found out about his daughter back in March, but she has quickly become a fixture on his social media accounts. He even brought Royalty along to the 2015 Billboard Music Awards with him back in May!

The star shared a video of little Royalty on Tuesday, showing his daughter breaking out her dance moves while on the set of a photo shoot with the singer.

What do you think of Chris' new album cover? Sound off below then click "Launch Gallery" for more cute kids!