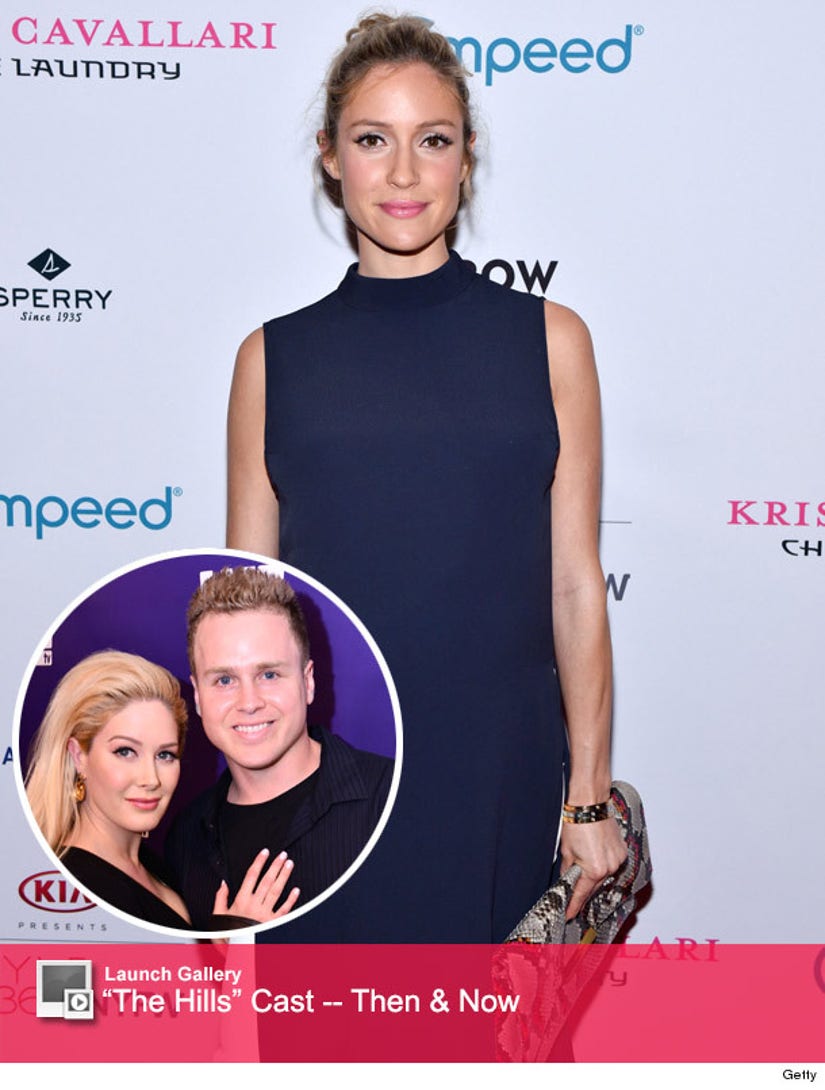 At least one person is standing by Heidi Montag and Spencer Pratt!

Following their interview with Complex magazine -- where Speidi slammed their former "Hills" costar Lauren Conrad -- Kristin Cavallari is opening up about the couple and even ends up praising them a bit.

"I talk to Heidi all the time, yeah," the soon to be mom-of-three told Entertainment Tonight. "It seems like she's doing really well and [she and husband Spencer Pratt] are really happy."

The controversial pair made headlines earlier this week after taking aim at LC for denying those sex tape rumors Spencer started during their time on the hit MTV show.

"Lauren is a cold-hearted killer. That's what people don't get. She will cut you in your sleep," Spencer told the mag. "She tried to destroy us. If you want to throw missiles, I'm throwing a nuke. This is how I operate."

Kristin, now 28, took over for Conrad in Season 5. Cavallari didn't have quite the same contemptuous relationship that her former "Laguna Beach" costar had with the villainous couple -- and they actually developed a fast friendship.

"I love that they're still married," she said of the duo, "and they've sort of shut up all the haters, you know?"

What do you think of Kristin's comments? Sound off below then click "Launch Gallery" for more Hills stars then and now!