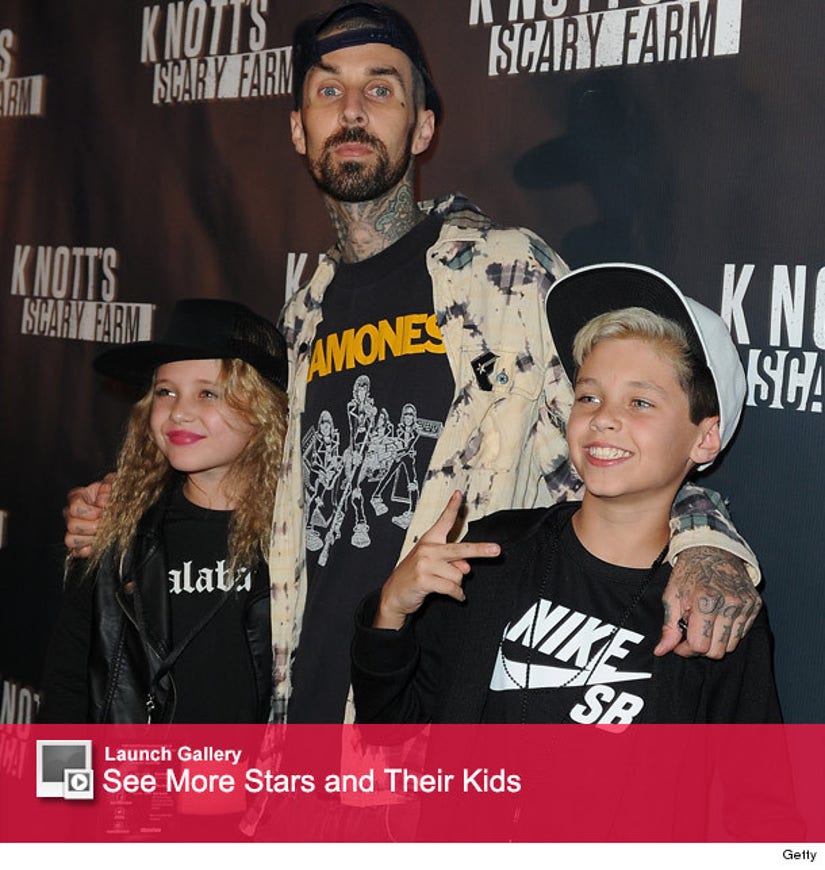 Travis Barker is opening up like never before, detailing the horrific plane crash he and DJ AM were in back in 2008 ... a crash that claimed the lives of four people.

The Blink-182 rocker has been promoting his new memoir, "Can I Say: Living Large, Cheating Death, and Drums, Drums, Drums," this week, giving new interviews about what the book reveals and releasing excerpts to the press.

In one incredibly terrifying excerpt given to Us, Barker gives a first hand account of what happened after his plane's tires blew out on September 19, 2008.

"I panicked. I pulled the handle on the emergency exit and kicked the door open. I jumped out -- right into the jet wing, which was filled with fuel. My whole body got covered with fuel and caught fire, from my legs all the way to my back. I started running," he writes in the book. "As I ran, I took off my shirt, I took off my hat, I took off my shorts -- but I couldn't get the fire off me. I was naked, moving as fast as I could, holding my genitals -- everything else was on fire -- and I kept running, hoping that would put out the flames. At that moment, I felt like I was running for my family. I didn't care about anything except being with my kids, my father, my sister, Shanna [Moakler] ... I didn't think I was going to survive."

In an incredibly candid conversation with Billboard, Travis says he was suicidal in the hospital during recovery -- where he spent 11 weeks having 27 different surgeries.

"I was completely done. And I paid the price for it, self-medicating for so long. I woke up during 11 of my 27 surgeries [after the crash]. That wasn't fun. And you wake up, and you don't know what's going on. You just feel extreme pain, and I'm trying to sock doctors and hit 'em," he explains. "It really exposed what a mess I was. But you know, I was already a great father. I loved my kids, but after that it was like I had a second chance at life and so much changed. There was no more drug abuse. I already spent a lot of time with my kids, but they were all I hung out with, especially afterwards."

He tells Billboard that he's been sober from "hard drugs" for eight years and smoking pot for four.

"I have the best support system. I have the most amazing kids. I'm not on any medications. I haven't seen a post-traumatic doctor in six years," he adds. "I get so much love and happiness out of playing music and playing the drums and my kids. There's nothing better. I couldn't ask for more."