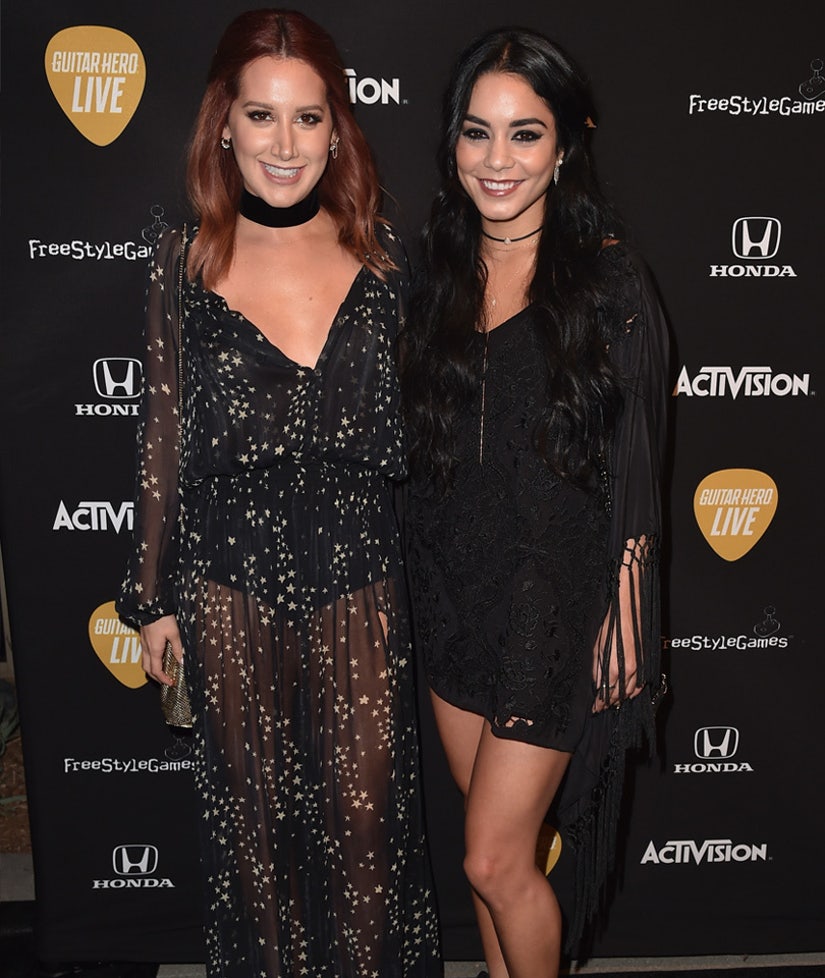 They may have played rivals on screen, but these two are still the best of friends!

Former "High School Musical" costars Ashley Tisdale and Vanessa Hudgens had a mini reunion on Monday night -- when the pair showed up together for the Guitar Hero Live Launch Party in LA.

Tisdale, who recently dyed her hair deep red, wowed in a sheer star patterned maxi she paired with a black bodysuit. The 30 year old finished the edgy look with a thick black choker, booties and a gold purse.

Her 26-year-old BFF complimented Tisdale with her signature bohemian chic style. Hudgens rocked an embroidered mini dress that featured loose fringed sleeves, along with pointy toe booties and layered necklaces. She kept her hair in soft curls and completed the look with a dramatic cat eye. 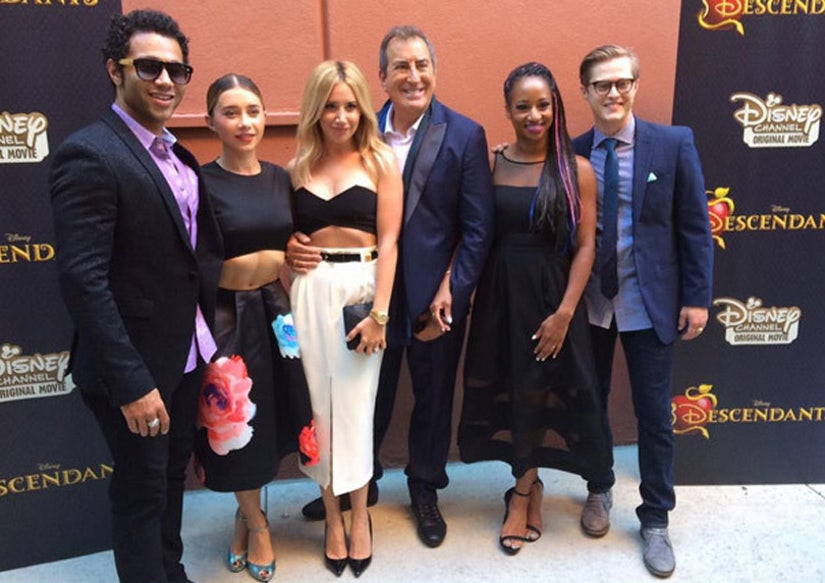 It's been almost 10 years since the beloved Disney Channel movie first premiered, and after a concert tour, TV sequel and feature film, we love that these two are still super close.

But this isn't the first time the HSM crew has gotten back together. Back in July, the "Clipped" star reunited with Corbin Bleu, Monique Coleman, Lucas Grabeel and Olesya Rulin at the premiere of series director Kenny Ortega's new Disney Channel original movie, "Descendants."

How amazing do Ashley and Vanessa look?! Sound off below then click "Launch Gallery" to see the rest of the HSM cast then and now!