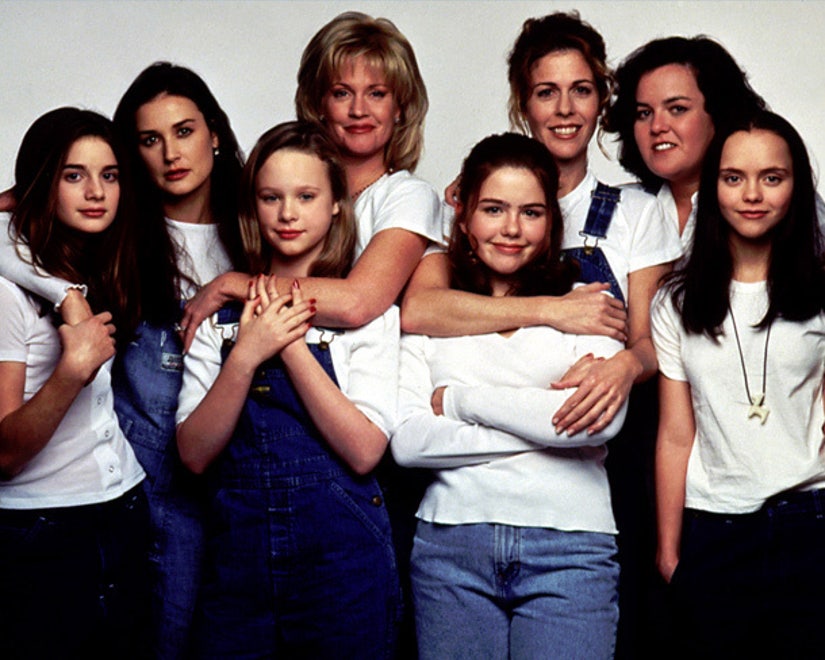 Can you believe it's been 20 years since "Now & Then" hit theaters? We can still remember watching the coming-of-age flick like it was yesterday.

"Now & Then" tells the story of four childhood friends: Chrissy (Rita Wilson/Ashleigh Aston Moore), Teeny (Melanie Griffith/Thora Birch), Samantha (Demi Moore/Gaby Hoffmann) and Roberta (Rosie O'Donnell/Christina Ricci). The flick was told via flashbacks, after the now-grown women reunited for the birth of one of their kids.

During the ladies homecoming, they recount what happened that fateful summer of 1970 -- when each of their lives forever changed. From dealing with parents to puberty, boys and "Crazy Pete," their friendship was the only thing that remained a constant.

Needless to say, the core cast has continued to steal the big and small screens since appearing in the 1995 drama, and the movie solidified Devon Sawa's (aka the adorable Scott Wormer) '90s heartthrob status. Stars like Cloris Leachman, Janeane Garofalo, Hank Azaria, Bonnie Hunt and Brendan Fraser likewise rounded out the A-list cast.

Sadly, Ashleigh (who played young Chrissy) reportedly passed away from pneumonia in 2007 and Walter Sparrow, who played Crazy Pete, also passed away in 2000.

What's your favorite "Now & Then" movie moment? Tell toofab in the comment section below and see what the entire cast looks like today in the gallery above!